Podcast | Bank Nifty closes above 200-DEMA; top 3 stocks which could give up to 12% return

Going forward, 25,000 is the immediate peak and is also the psychological mark that will act as a strong resistance for the Bank Nifty.

What a comeback! Markets zoomed on Thursday after the Reserve Bank of India (RBI) kept the key policy rate unchanged at 6 percent for the fourth consecutive time.

The Apex bank also reduced the inflation forecast which triggered a rally in all the interest rate sensitive sectors.

The sentiment also got a fillip after fears of US-China trade war eased after the US expressed willingness to negotiate a resolution to the trade war with China post the Chinese retaliation. 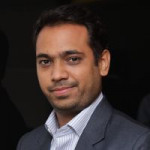 The Nifty defied all the weakness that was suffered on Wednesday to stage a strong upswing indicating strength. There are two vital positive developments that indicate a short-term reversal for the indices.

2. In the past four days, Nifty has confirmed a Falling Wedge pattern breakout on the daily chart indicating that the index is all set to move higher towards the immediate peak of 10,480 levels.

The Bank Nifty too has broken out from a falling wedge pattern and to add to the optimism it has also managed to close above the 200-DEMA of 24,470 levels.

Going forward, 25,000 is the immediate peak and is also the psychological mark that will act as a strong resistance for the Bank Nifty.

The stock has been consolidating for the past 12-months and is finally on the verge of a Channel pattern breakout on the weekly chart. Rising volumes and positive crossovers on the smaller time frame charts indicate that the current momentum is likely to extend further.

We expect Exide to move higher towards its potential conservative target of Rs260. It is advisable to keep a strict stop loss below Rs 224.

In the past two months, the stock has gone through multiple whipsaws that have resulted in a formation of Symmetrical Triangle pattern on the daily chart. A close above Rs 1090 has also confirmed the breakout with the rise in volumes.

The weekly chart analysis indicates that Kotak Bank is on the verge of a Rising Channel pattern breakout too. In addition, it has also managed to sustain above its short-term averages which further accentuates our bullish stance on the stock. We expect Kotak Bank to rally towards its potential target of Rs 1240 levels.

The stock has been trading in a solid higher top higher bottom structure. After consolidating for over eight weeks, the stock has finally broken out from a Declining channel pattern on the weekly chart.

The price outburst has also been accompanied with a smart uptick in the traded volumes. We expect the stock to move beyond its previous all-time high and make a dash towards its potential target of Rs 6098.