Game development studio Bombay Play has raised $7 million in its Series A funding round led by Kalaari Capital with participation from investors such as Winzo, AdvantEdge VC, AMEA Ventures.

Existing investors Lumikai Fund, Leo Capital and PlayCo also participated in the funding round. With this, Bombay Play has raised over $9.5 million capital so far, including a $1.5 million financing in June 2020 and $1 million round in December 2020.

Founded in 2018 by Oliver Jones and Abhas Saroha, Bombay Play focuses on hypersocial gaming genre, i.e. HTML5-based casual games which are designed with a social-first approach and are instantly playable across various platforms.

"We want our games to exist in places where you're already talking to your friends and interacting socially. That means being on platforms like Facebook or WhatsApp, and being just one tap away from joining a session or a tournament. They can just tap a link and play against my score" Jones told Moneycontrol in an exclusive interaction.

Bombay Play has developed games such as Dice Merge Puzzle, Card Party, and a Wordle-like word puzzle Daily Word Puzzle, which has a combined 40 million players across the world, the company said.

The startup plans to use the fresh capital raised towards scaling its existing 'hypersocial' game offerings and supporting upcoming projects with a part of the proceeds also going towards research and development in the segment. The firm also plans to double its employee base from the existing 50 people by the end of the next financial year.

Jones said this new investment will allow them to increase their development bandwidth by tenfold as well as grow their revenues by tenfold.

"We're building what we call an innovation factory out of India, and we feel this really plays to the development strengths of India" he said "Our model is to consolidate, find the best creative talent we can and work with content partners to create hypersocial games and publish them on Bombay Play"

Jones said they have teams that create games from the drawing board to launch as well as publish games made by others, as part of its innovation factory model. Through this, the Bengaluru-based startup will provide external partners access to their publishing tools and publishing knowhow on the HTML5 and web gaming space apart from their marketing capabilities. 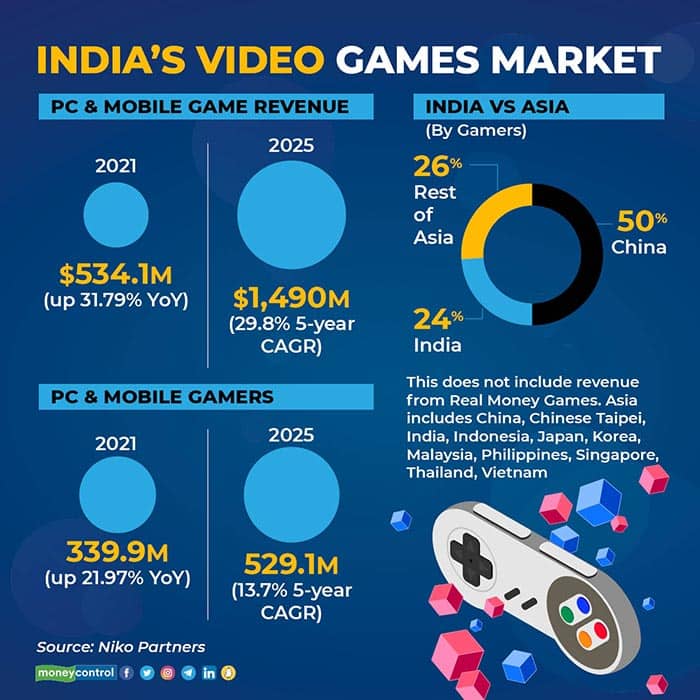 Apart from the web, the games are also available on Apple and Google's app marketplaces. The startup currently monetizes its games through advertisements and in-app purchases.

"At Lumikai, we have witnessed the tremendous evolution of Bombay Play as a studio from seed to scale. Oliver and Abhas, as veteran gaming entrepreneurs, bring extensive domain expertise, strong user insights, data driven development and a world class team towards building hit games from India" said Salone Sehgal, general partner, Lumikai, which is the country's first gaming and interactive media-focused fund.

User retention is one of the key challenges in casual games, mainly because of the sheer amount of choices users have at their disposal, thereby making it very difficult to build loyalty.

Saroha said that their hypersocial strategy plays an important role in tackling this problem.

"I think it's becoming more important that not only you have engaging content, but you have a community around that content, where we're able to create shared experiences. That community will keep bringing you back" he said.

Saroha gave the example of Wordle that quickly rose in popularity earlier this year due to people sharing their results through grids of green, yellow, and gray colored square emojis on Twitter.

India is the fastest growing games market in Asia, with its mobile and PC gaming revenue projected to touch $1.49 billion in 2025, registering a five-year compound annual growth rate (CAGR) of 29.8 percent from $534.1 million in 2021, according to Niko Partners, a market research and consulting firm that covers video games, e-sports, and streaming in the continent.

Vani Kola, managing director, Kalaari Capital, said, "We were highly impressed with what Oliver and Abhas have been able to achieve and they are definitely one of the most experienced gaming entrepreneurs in the country today. We are very excited about how they are disrupting the casual gaming industry with their hypersocial model and are delighted to partner with them in this journey".