Snapchat parent Snap on August 29 introduced a new feature called Dual Camera as the company aims to take on upstart social media apps such as BeReal that have gained popularity in recent months.

The feature will allow users to take photos or record videos with both front and back cameras at the same time, thereby enabling them to capture multiple perspectives in their Snaps, Stories or Spotlight videos, the company said in a statement.

Dual Camera will initially be available to iOS users across the world, with support for Android expected in the coming months. iOS users can try this feature by accessing it through the app's camera toolbar.

"Dual Camera is a creative way for our community to capture exciting moments while being part of the memory – like rocking out at a music festival, or everyday moments like your culinary adventures in the kitchen," the company said. 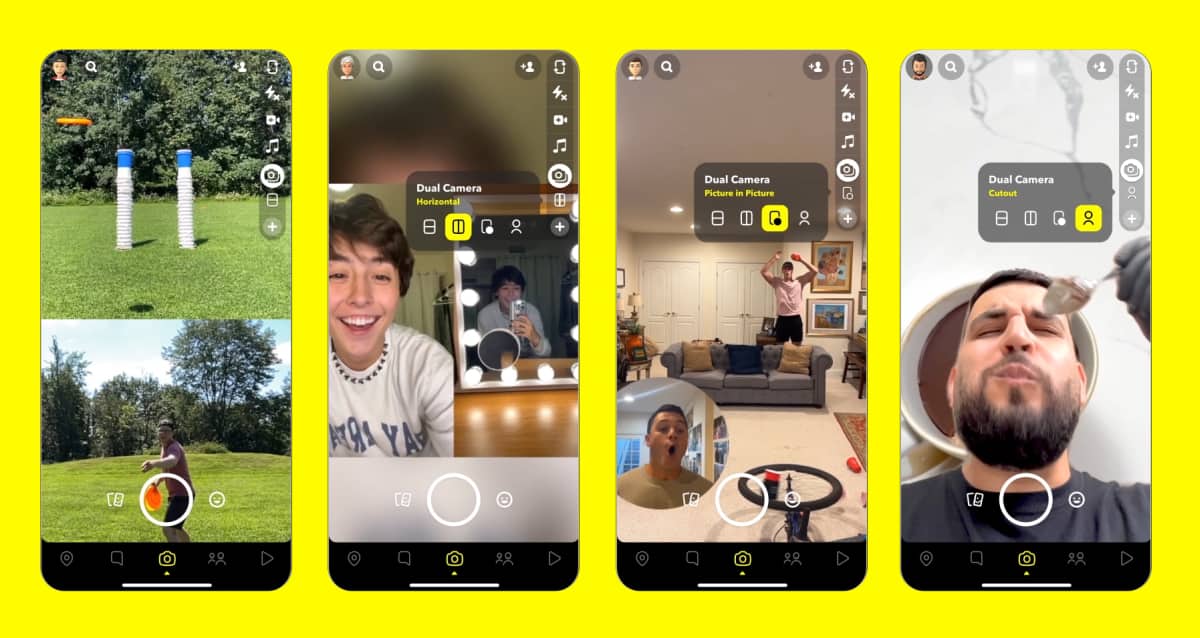 "We believe this will be a game-changer for creators capturing moments around them. For the first time without any special camera tricks or secondary apps, creators can capture their reaction and their 360 perspective," Snap had said at the time. The suite however is yet to become available to users.
Moneycontrol News
Tags: #Dual camera #Snap Inc #Snapchat
first published: Aug 29, 2022 09:26 pm