The court refuses to recall two orders passed in 2019; directs existing builder to complete the project.

The Supreme Court was hearing a plea filed by the flat buyers association.

The Supreme Court on  June 29 rejected handing over the premium residential apartments of La Residentia project in Greater Noida, part of the embattled Amrapali Group, to the government’s construction arm NBCC, and refused to recall its orders passed in 2019.

A special bench of Justices UU Lalit and Ashok Bhushan directed that the company, La Residentia Developers Private Limited, would continue with the construction and development of the project.

“In our considered view, it would not be just and proper to hand over the development at this stage to the NBCC as prayed for by the Association and the applicants supporting the Association. We, therefore, do not deem it appropriate to recall the orders dated July 23, 2019, and October 14, 2019, or to revisit the issue of whether the Company could be declared to be part of the Amrapali Group of Companies," the bench said.

The La Residentia project has around 3,256 residential units and 39 towers. As many as 632 units remain unsold. Around 1,400 families are residing in the project.

The top court also said that the 632 flats will be allowed to be sold by the company at a fair price. 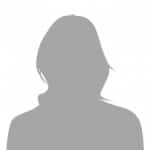 The Supreme Court was hearing a plea filed by the flat buyers association. The buyers had moved the top court for recall or revisit of top court's order of July 27, 2019, and provide protection similar to what was extended to the other home buyers of Amrapali Group.

The homebuyers of the project had also sought parity with Heartbeat City project which, the court had earlier said would be treated as part of the Amrapali group project.

The court also said that the 632 flats should be allowed to be sold by the company at a fair price but the documents should be countersigned by the court receiver, senior advocate R Venkataramani or his nominee.

“The price of the flats will be decided on a fair basis in discussion with the court receiver. It will be open to the receiver to make payments for the completion of these flats. Injunctions with regard to the 632 flats shall stand modified,” the bench said.

It also said that the amount received by way of transaction of sale be credited into a separate account completely under the control of the receiver or his nominee.

NCR-based Gaurs Group has been awarded four tenders from state-run NBCC worth Rs 2,124 crore for stuck Amrapali projects which include Verona Heights, Heartbeat City and Amrapali Centurian Park with a total inventory of 10,964 flats.

NBCC is involved in the completion of 23 housing projects of Amrapali. The estimated cost of completing these projects is about Rs 8,500 crore.