Even for those who witnessed the Global Financial Crisis of 2008, these are unusual and turbulent times in the capital markets

The ongoing coronavirus pandemic has already engulfed more than 10,000 lives, made thousands more sick, and caused a global health crisis that most alive today haven’t seen. It’s also wreaked havoc in the global financial markets, including in India.

For many of us, even for those who witnessed the Global Financial Crisis of 2008, these are unusual and turbulent times in the capital markets. The economic threats of coronavirus, combined with the oil price war triggered by the Saudis, have thrown global markets into disarray.

First, “Black Thursday” happened on March 12, 2020, when major global stock markets registered the greatest single-day percentage fall since the 1987 stock market crash. The Nifty 50 was also down about 8 per cent the same day.

The very next day, on Friday, the Nifty hit the lower circuit within the first 15 minutes of trading. But after a 60-minute trading-halt, the Nifty bounced 15 per cent from its intraday low to end the day at approximately 5 per cent higher! In the US too, major indices posted their largest one-day gains since 2008, jumping about 10 per cent just one day after Black Thursday. One can expect such swings in small/micro-cap companies, but it’s almost unheard of for the benchmark indices.

And then something even more bizarre happened. Over that weekend, the US Fed cut interest rates by 100 bps to 0.0-0.25 per cent. The last time it brought rates to such levels was again in 2008, and at that time the markets had heavily cheered it. But this time, when the markets opened on the following Monday, the US markets crashed even more than “Black Thursday” that happened 3 days earlier, ending the day about 12.7 per cent down. The markets just didn’t seem to care. But Why Is The Market Crashing?

The volatility in the markets show no signs of stopping, and daily moves of 3-5 per cent in benchmark indices have become now commonplace. But the coronavirus crisis has been in the making for at least 2 months now, since the World Health Organisation (WHO) first declared it as a global emergency on January 30, 2020. Why then have the markets been reacting so sharply to it only in the last few weeks? 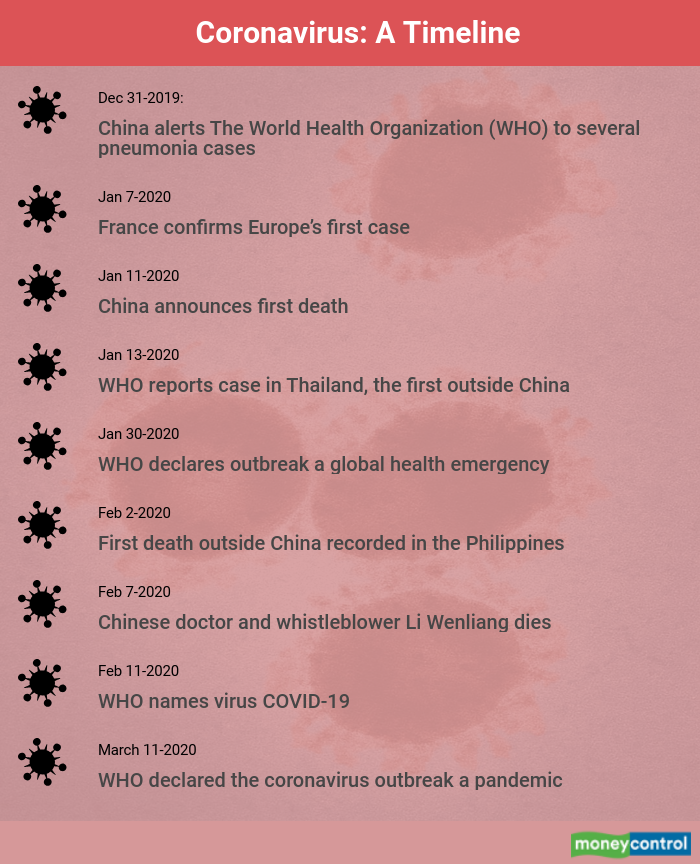 The simple answer is that it’s all about expectations. Even if nothing happens on a given day, stock market prices will still move if investors expect something to happen in the future. And when expectations/anticipations aren’t properly factored in and the reality turns out to be very different, the markets react.

The global stock market is perhaps the most complex social construct created by humankind.

No other human system has so many different moving parts as the stock market - each second, millions of people globally consider thousands of factors that are impacting various countries, industries, and companies. And each second, this expectation of the millions of participants is distilled into a traded price.

For weeks after the WHO declared coronavirus to be a global emergency, the markets shrugged it off. Not only that, key global market indices actually reached their all-time highs in February, and even the Sensex-30 & Nifty-50 indices which had hit their peak in January continued to stay around their all-time high levels. 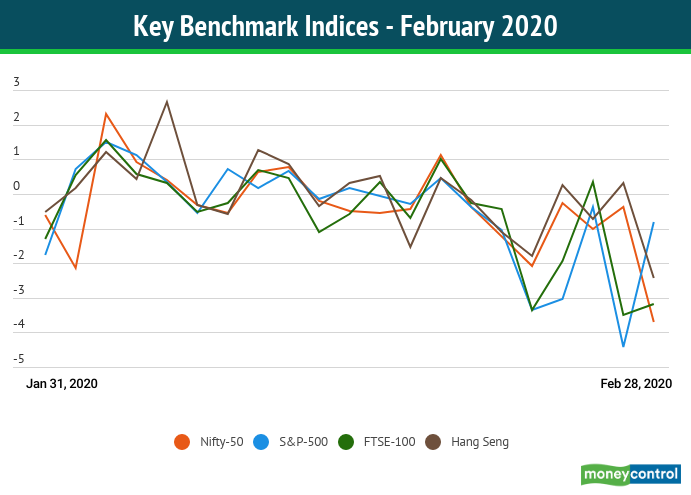 Delay in factoring the negatives

This market frenzy refused to stop even after NASA images showed that manufacturing activities in China had pretty much come to a standstill as the country battled to contain the spread of coronavirus. Most investors know that China is the world’s manufacturing hub. The largest companies of the world depend on China – from production of iPhones (and smartphones in general) to supplying Active Pharmaceutical Ingredients (API) for the global pharma industry.

And it’s not just production – China is also one of the largest consumers in the world of various products, services, and raw materials. Metals and construction related raw inputs are prime examples. As such, even in February, it became clear that a restrained Chinese economy would not only result in reduced/disrupted production for the world’s largest companies, but also muted global consumption.

But with most Governments across the world downplaying the public safety threat & the economic impact of the emerging coronavirus, some till as late as March first week, the global financial markets also continued to downplay this and did not factor this in their expectations.

Thus far, the impact of coronavirus outside of China was only truly felt in countries like Iran, Italy, and Japan. It wasn’t until the number of coronavirus cases started spiralling in countries like the US, Spain, France, and the UK that the threat became too real for the markets to continue ignoring. And with it, came the real possibility of global economies entering a recession, even a depression some argued.

That’s when the markets started to panic. And panic is the arch-nemesis of stock markets. Panic selling starts a vicious cycle – people start selling, buying demand drops & supply increases, prices start decreasing, which ultimately prompts more people to sell. And so goes on the downward spiral.

Economic stimulus packages announced by various Governments will certainly help abate the market conditions, but unlike 2008, market liquidity isn’t an issue this time. Moreover, this is a crisis that everyone is feeling and understands, again unlike 2008 when very few people outside the financial world truly understood what was happening and why.

This too shall pass, of course. In fact, I feel the markets will rebound as quickly as they’ve crashed once the threat of coronavirus comes under control, lockdowns are uplifted, and normal life resumes. But for that to happen, the real impact of coronavirus has to come under control. Until then, stay safe.

(The writer, a CFA, is AVP at smallcase Technologies)