In developed markets like the US, 85% of the active managers underperformed the market in 2021. In fact, not only in 2021, but a Morningstar report suggests that over a 10-year period, only 25% of all active funds beat their passive counterparts in the US. In contrast, in India, on average the active manager has outperformed the benchmark.

An active fund manager is often judged on the alpha or performance of the fund he manages compared to a suitable benchmark, such as the BSE 500 (if it is a flexicap fund) or BSE 100 or an equivalent index (if it is a large-cap fund).

The goal of an active fund manager is to beat the market—to get better returns by choosing investments he or she believes to be top-performing selections. On the other hand, passive funds seek to replicate the performance of their benchmarks instead of outperforming them. For instance, the manager of an index fund that tracks the performance of the BSE 500 typically buys a portfolio that includes all of the stocks in that index in the same proportions as they are represented in the index.

While the goal of active management is to generate alpha, it is important to know how many fund managers have actually managed to beat the benchmark. In developed markets like the US, 85 percent of the active managers underperformed the market in 2021. In fact, not only in 2021, but a Morningstar report suggests that over a 10-year period, only 25 percent of all active funds beat their passive counterparts in the US.

In contrast, in India, on average the active manager has outperformed the benchmark. In this article we will explore this divergence so as to answer what makes Indian markets so different as far as alpha generation is concerned and the key lessons we can draw as investors. In 2021, more than 60 percent of the active equity schemes in India’s mutual fund space beat their respective benchmarks.

In fact studies over the last decade suggest that the alpha generation potential of a market like India is higher than that of any other emerging and developed market. A Wall Street Journal study found that during the 10-year period from 2009 to 2018, an average active manager in India generated annualised excess return of 3 percent, the highest globally. In comparison, the average active fund manager in the US underperformed by 2 percent annually while an average European large-cap manager would have performed in line with the market.

One of the key reasons for the alpha generation potential in a market like India is the presence of a well-diversified small- and midcap segment. There is a distinct mid- and small-cap segment within every sector, which makes India different from other emerging and even a few developed markets which are more homogeneous in nature.

For example, consider the consumer sector in India. There are large-caps as well as small- and mid-caps in each of the sub-segments such as personal products, food and beverages, paints, retail and jewellery. Similar is the case in sectors like autos where ancillaries provide a rich and diverse midcap space that is ripe for alpha generation. Not only are there stocks across the market cap spectrum in every sector, there is also a very fair representation of sectors as well. Very few emerging markets would offer this kind of opportunity to bottom-up stock pickers. But that in no way implies that all active managers will outperform the market or generate alpha on a consistent basis in India. It is very important to have a strong investing framework that can capture and enhance this alpha. And of course, as I say, investing is like a highly competitive team sport. It is equally important to have a dedicated and well-experienced investment team.

So what are the implications for investing in the context of India? It goes without saying then that investing based on top-down macro bets and sector rotation themes completely nullifies the alpha advantage, which can be had from bottom-up stock picking.

While India is a bottom-up stock pickers market, there is a case for passive investing as well, especially for retail investors who have just started their investing journey. Globally, there is a shift towards having a balanced portfolio of both active and passive funds which takes into account the risk profile of the investor. For an investor it is important to have both types of funds not only from the perspective of risk management but also from the perspective of diversification and lower costs as well. There are already some passive funds such as ETFs based on international indices like Nasdaq or S&P 500 which have gained considerable popularity as they provide exposure to global markets as well. As the Indian market matures, in the near future, we are increasingly likely to see smart beta strategies that combine elements of both active and passive investing. 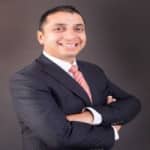 Prateek Pant is the Chief Business Officer at White Oak Capital Management. He has over 25 years of experience in Banking and Financial Services in India and the Middle East.
Tags: #active funds #index funds #invest #Mutual Funds #Passive Funds
first published: May 12, 2022 10:30 am