Upcoming Webinar:Innovate Your Future at India Inc. on the Move on August 26 and 27, 2021 at 10am, with Rockwell Automation
you are here: HomeNewsBusinessMutual Funds

The budget speech mainly reflected on the key achievements of the present government over the past five years and their vision for India.

Just a few months remain before the term of the current NDA government ends as Piyush Goyal, the Interim Finance Minister, presented the Interim Budget today. An outgoing government presents only an Interim Budget or seeks a vote on account. The government seeks the Parliament’s nod for incurring expenditure for part of a fiscal year. It leaves it to the next government to present the full budget. Hence, the market expectations were already muted for this Budget.

The Budget speech mainly reflected on the key achievements of the present government over the past five years and their vision for India. It can be assumed that the government refrained from announcing big-ticket changes in this Budget. The budget maintained a good balance between populism and fiscal prudence (this was expected being an election budget). The government missed its FY19 fiscal deficit target (of 3.3 percent of GDP) and instead pegged it at 3.4 percent. It budgeted the FY20 fiscal deficit target at 3.4 percent of GDP, missing the glide path target of 3.1 percent. The Budget poses tough challenge for the fiscal situation for FY20 given the aggressive assumptions for tax revenue growth; it however, is expected to boost consumption. This growth mix may prove to be neutral for the overall macro situation.

Market had expected, considering the elections, that the government might overshoot the fiscal deficit by 20-30 bps. However the government net borrowing of Rs 4.73 lakh crore in 2019/20 and gross market borrowing of Rs 7.1 lakh crore INR were higher than expected. Debt market reacted slightly negatively with yields spiking by 8-10 bps on 10 year G-Sec. The cumulative effect of the cash transfer to the farmers and the middle income class will be a boost to consumption, but at the likely cost of crowding out private investments.

Given the impending elections and the political narrative of farm distress, a special package aimed at farmers was largely expected from the Budget. It primarily focused on a direct cash transfer to farmers (land holdings of up to 2 hectares) of Rs 6,000 annually, costing Rs 75,000 crore (0.36 percent of GDP) in FY20, and a partial Rs 20,000 crore (0.1 percent of GDP) in FY19. The government also announced a 5 percent interest rate subvention on the timely repayment of loans by farmers (pursuing animal husbandry and fisheries). The other focus of the budget was on increasing disposable income in the hands of the middle class, and initiatives like tax rebate for individuals earning up to Rs 5 lakh (3 crore beneficiaries as per government estimates), higher standard deduction for salary income from Rs 40,000 to Rs 50,000, no TDS on interest earned up to Rs 40,000 per annual from savings bank account and post office savings schemes. Individuals having unoccupied second house will not be required to pay tax on such a property.

There were no changes in the capital gains tax structure. There were no change for mutual funds or any other investments as expected too. On the whole it can be inferred that the budget was a non-event from the equity and debt market perspective. Equity markets will now start focusing on the ongoing result season for further direction.

The writer is CEO of Mirae AMC. 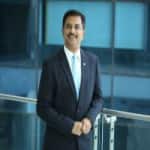