The issue of promoter pledged shares has been an overhang for the scrip, which has been falling for quite some time now

Looks like Sterlite Technologies’ March quarter earnings have failed to enthuse the market.

The numbers tell the story. The stock corrected in excess of five percent on April 24 despite a revenue and net profit growth of 112 percent and nearly 43 percent in Q4 FY19, respectively.

The issue of promoter pledged shares has been an overhang for the scrip, which has been falling for quite some time now. And investors are increasingly getting worried about the pricing environment after headwinds in the Chinese market. 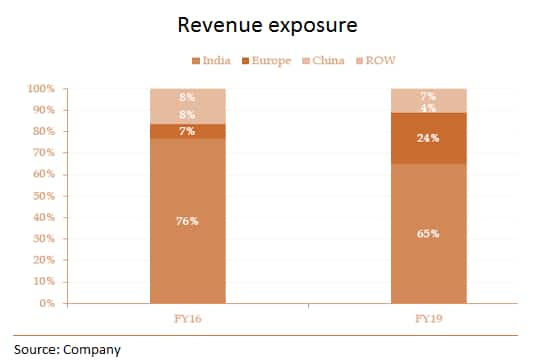 The management is putting up a brave front though, saying it’s not worried as the trouble is mostly in the spot market and the company’s orders come from long-term customers. It denied having any knowledge of price corrections in the spot market.

The company expects its realisations to be in the $7-7.5 per fibre km (fkm) range largely because of strong demand from the developed world, where it has a strong presence.

Backed by strong order book and execution efforts, particularly that of a Navy contract, Sterlite Technologies declared robust revenue. But the point to note is that the revenue contribution rose to 52 percent during the quarter gone by because of a spurt in services business. This impacted the overall operating margin by about 840 basis points, which fell to 17.6 percent. One percentage point is 100 bps.

Its overall financial performance has been encouraging and the company concluded FY19 with an annual sales growth of 58.7 percent and a 68.4 percent jump in profit to Rs 562.8 crore. 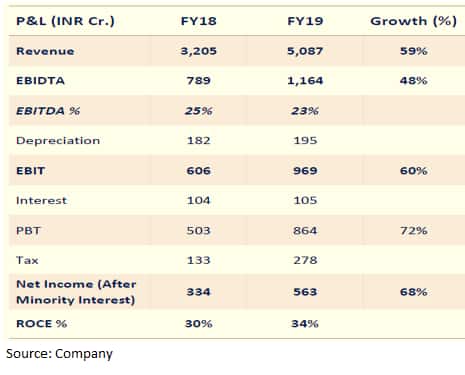 For the current financial year, the management is aiming at a profit of around Rs 700 crore, which would entail an increase of 24 percent. Its optimism largely stems from a faster execution cycle and strong order book, which at close to Rs 10,500 crore is more than double the figure a year ago.

Put another way, the current order book is over two times its FY19 annual sales and provides ample revenue visibility. That apart, the company will soon be doubling its cable manufacturing capacity to 33 million fkm and simultaneously commissioning 50 million fkm of fibre capacity, which once fully operational would improve its turnaround time and allow it to take larger orders. 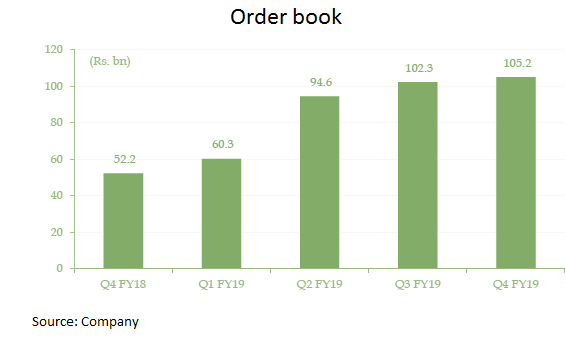 ValuationIn the last few months, the stock hit a low of about Rs 190 against a yearly high of Rs 414. At the current market price of Rs 195, it is trading at about 12-13 times its FY20 estimated earnings.

Its earnings may have been on a rise, but the key is investor perception. Around April, the stock was trading at 24 times its one-year forward price-to-earnings, but has now fallen by over 50 percent.

The market is weighing risks pertaining to the promoter’s pledged shares and the Chinese slowdown, which at this point are hard to factor into the price.