Waiting with cash to deploy when mkt corrects; like midcap pharma: Veda Investment

Although the valuations for some of the NBFCs are decent, they will be more driven by growth going forward, said Jyotivardhan Jaipuria, Founder & MD of Veda Investment Managers.

Jyotivardhan Jaipuria, Founder & MD of Veda Investment Managers said he is waiting with cash to deploy into the market on days of panic.

The Indian equity market is likely to consolidate in the near-term because a lot of the positives are already factored in, he said while talking about market fundamentals in an interview to CNBC-TV18.

Earnings recovery will be seen from the second half of FY18 and they could trend around 15 percent mark but the 15-20 percent earnings growth is likely to come by in FY19. The first half of FY18 earnings would likely be impacted by the rollout of goods and services tax (GST), he added.

Talking sector specific, he said the house is upbeat on non-banking financial companies (NBFC) and private banks than the PSU banks. Although the valuations for some of the NBFCs are decent, they will be more driven by growth going forward, said Jaipuria.

With regards to pharma, he prefers the midcap companies over big names because of reasonable valuations. He said, last year the companies were bogged down by US FDA inspection issues but this year they are likely to be settled and be more of a routine. 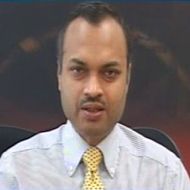 He also likes the rural consumption themes like tractors and agrochemicals because the next 3 years are likely to be good for rural India backed by government spending and structural changes like crop insurance etc. If rural India does well, then the related sectors will also do well, he said.

Sharing his rationale for preferring defence and road stocks, he said with the government spending more on roads and infrastructure and also giving defence contracts to the private, these companies are likely to do well going forward.