172@29@17@107!~!172@29@0@53!~!|news|business|markets|earnings-karnataka-exit-polls-to-decide-market-trend-3-stocks-can-give-up-to-21-return-in-short-term-2563281.html!~!news|moneycontrol|com!~!|controller|infinite_scroll_article.php!~!is_mobile=false
Upcoming Webinar: Analyse the security landscape of digital payments at 11 am on October 20. Register now!
you are here: HomeNewsBusinessMarkets

Earnings, Karnataka exit polls to decide market trend; 3 stocks can give up to 21% return in short term

Overall, next week's trend will be decided on the basis of quarterly earnings, trend in global markets and exit polls of Karnataka elections.

Benchmark indices ended on a negative note on Friday as Nifty closed below 10,650 zone. Midcap and small cap counters continued to remain under pressure.

The coming week will be quite important due to quarterly earnings and Karnataka elections. 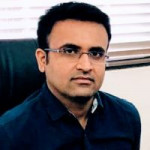 On Monday, Prime Minister Narendra Modi will address meetings in Raichur, Chitradurga and Kolar and on Tuesday in Vijayapura, Mangaluru and Bengaluru. PM Modi will visit Nepal on Friday.

Fortis Board will meet on Thursday to decide on binding bids.

Saturday will be quite important day as Karnataka will go for polling and it’s exit polls will drive the sentiments of Indian stock market.

Market looks weak especially after breaking key important levels of 10,650 and 10,620. Now, one can look at 10,550 levels on a downside and 10,680-10,780 levels on upside. Overall, next week's trend will be decided on the basis of quarterly earnings, trend in global markets and exit polls of Karnataka elections.

Here is the list of three stocks that can give up to 21 percent return in short term:-

Prakash Industries is a low cost steel producer having an integrated steel plant at Champa, Chhattisgarh. The sponge iron kilns installed at Champa work on latest SL/RN technology developed by German company Lurgi. SL/RN is the only renowned technology in coal based Sponge Iron manufacturing.

Prakash Industries is self reliant in power through its captive power plant at Champa, with existing capacity of 230 MW. Additional 15MW capacity is to be commissioned by September 2018 for upcoming capacity in steel. For Iron Ore requirements, Prakash Industries owns mines at Sirkaguttu (Odisha) & Kawardha (Chhattisgarh). It has secured 100 percent requirements of coal through long term coal linkages for next 5 years.

Prakash Industries is a low cost, fully integrated steel producer. It has linkages for coal up to 1.56 MTPA for next 5 years. Post regulatory clearance, two third of Iron Ore requirement which is currently procured from outside will be fulfilled from company owned mines. Sirkaguttu Iron Ore mine is estimated to start in April 2018 while Kawardha mine in April 2019.

Currently running at 1 mtpa , Prakash Industries is doubling its steel capacity to 2 mtpa in a phased manner. Installation of 6th kiln will add 0.2 MT additional capacities by September 2018. In next 5 years management has a vision to become 3MTPA company.

We are recommending a Buy on back of full utilisation of steel capacity, strong steel prices in Indian market & uninterrupted supply of iron ore from Odisha with target price of Rs 235.

Power Finance Corporation (PFC) is a specialiSed in power sector financing, providing fund and non-fund-based support for development of power projects in India. The company’s project financing activities are primarily focused on the thermal and hydro-energy generation areas.

In addition, it finances renovation and modernisation of power projects, projects related to transmission and distribution of power. It has also initiated financing of projects based on renewable energy sources such as bio mass and wind power generation.

Its Q3FY18 earnings were supported by provisions write-back of Rs 220 crore given upgrades from stress pool. In addition to it, Q3FY18 marks the quarter where upgrades have been crystallising on a guided path plus, NNPL plus restructured, also known as stress pool, fell to 26 percent from 29.5 percent on a QOQ basis, a trend management believes will sustain in future.

Given that large part of stress pertains to state utilities, where recovery is just a matter of time we believe stock is available at a throw away price. It is trading at below band of its historic P/B value band. We are recommending a Buy with target price of Rs 102.

During FY17, the company has achieved production of 4854.087 MT as compared to 4557.457 MT during the previous year. Considering the installed capacity of 9000 MT, Maan Aluminium has significant spare capacity to increase production and sales level.

Management has guided for a sale of 9000 MT in 2 years time with increasing capacity level. We believe Maan is at sweet spot. It has already incurred CAPEX and in next two years it is focusing on ramping up of the facilities. It will substantially increase the revenue in coming days.

The future for aluminium and aluminium extrusion in India looks promising with the low per capita consumption in the country coupled with high and good quality reserves of Bauxite. Awareness of the utility of aluminium in various industrial sectors is growing and it provides a lower cost option as to use of various metals in different sectors.

The company has immense growth potential which can be seen in the FY17 numbers. Its sales increased from Rs 190.33 crore in FY16 to Rs 349.56 crore FY17, which is more than double. Most of the growth is attributed to trading, in addition to an increase in export market.

Looking at the FY18 numbers, we are quite positive on this counter and we are recommending it with target price of Rs 155.

Disclaimer: The author is Founder, Equity99. The views and investment tips expressed by investment expert on moneycontrol.com are his own and not that of the website or its management. Moneycontrol.com advises users to check with certified experts before taking any investment decisions.