172@29@17@106!~!172@29@0@53!~!|news|business|ipo|vrl-logistics-growth-prospects-reasonably-secured-fernando-1063723.html!~!news|moneycontrol|com!~!|controller|infinite_scroll_article.php!~!is_mobile=false
Subscribe to PRO at just Rs.33 per month. Use code SUPERPRO
you are here: HomeNewsBusinessIPO

VS Fernando a veteran IPO analyst has come out with his view on VRL Logistics IPO. "Sound track, buoyant prospects and credible dividends merit attention", says the expert. 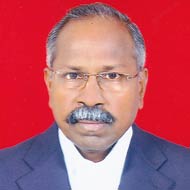 The IPO
The present offer consists of a fresh issue of Rs 117 cr from the company and an offer for sale of 171.16 lakh shares from New Silk Route (FII) and two promoter-directors. The offer, amounting to a little over 25% of the post-issue equity of more than Rs 91 cr, is being made with a price band of Rs 195-205. The promoters would be holding more than 69% of the enlarged capital. Investors should apply for a minimum of 65 shares and multiples of 65 thereafter. Investment bankers ICICI Securities and HSBC Securities have been appointed as book running lead manager to the offer.

Of the fresh issue amount of Rs 117 cr, the company intends to utilize Rs 67.42 cr for purchase of goods transportation vehicles and Rs 28 cr is earmarked for repayment/pre-payment of borrowings.  However, the funding requirements and proposed deployment have not been independently appraised by any external agency.

The company has not sought rating for its IPO

The 1994 vintage VRL Logistics Ltd (VLL) has been promoted by Vijay Sankeshwar (64 years) who holds a bachelor’s degree in commerce and an honorary doctorate from the Karnataka University. Sankeshwar is a former Member of Parliament (affiliated to BJP) and was elected from the Dharwad (North) constituency in the 11th, 12th and 13th Lok Sabha elections and was a nominated member of the Legislature of the State of Karnataka. Sankeshwar reportedly commenced the goods transportation business through a proprietary firm in 1976. The assets and liabilities of the proprietary firm were subsequently acquired by a closely-held company, Vijayanand Roadlines (P) Ltd in 1983. The Company became a deemed public limited company in 1994. The name of the Company was changed to VRL Logistics Ltd (VLL) in 2006.

VLL is claimed to be one of the leading pan-India surface logistics and parcel delivery service providers. According to Limca Book of Records, 2013, VLL owned and operated the largest fleet of commercial vehicles in the private sector in India in May 2012. VLL provides general parcel and priority parcel delivery (less than truckload services, "LTL"), courier and full-truckload ("FTL") services through a widespread transportation network in 28 states and four Union Territories across the country.

At the end of December 31, 2014, the company had a transportation fleet of 3,546 vehicles, most of which is owned by the company. This reportedly enables VLL to reduce dependence on hired vehicles thereby retaining control of the value chain and service quality. The variety of vehicles enables VLL to serve a diverse mix of consignments. The company’s in-house vehicle body designing facility develops customized configurations to ensure higher payload capacity.

Of late, logistics industry is in an upbeat mood as the government policy has become very conducive for the sector. Taking advantage of the thrust provided by the government, VLL too is expanding its reach. The company intends to add a significant number of branches in northern, central and eastern regions of the country besides increasing the depth of its existing network in key states. As part of the expansion strategy, VLL intends to expand its fleet of trucks. The company has proposed to expand its trans-shipment hub operations through significant addition of logistics and storage capacities.

VLL is aiming at a market capitalization of more than Rs 1800 cr by pricing its IPO at a band of Rs 195-205. As compared to the promoters’ cost of holding, which is in fact negative post-offer for sale, and New Silk Route’s conversion cost of Rs 74.46 in September 2013, VLL’s IPO price may look steep. Nevertheless, VLL’s creditable fundamentals and the logistics industry’s current high discounting may make VLL a safe bet in the near term.

Logistics Industry at present is commanding a much higher discounting than the market composite. Whereas the current market composite price-earnings ratio is about 25x, logistics industry P/E is as high as 65x. Though logistics’ operating margin and dividend yield are lower than the market average, the industry enjoys higher discounting in terms of Price-Net Worth, Price-Revenue and Price-Net Block.

VLL has hired ICICI Securities and HSBC Securities as book running lead managers to the IPO. Since 2010, ICICI has associated with more than 20 IPOs, half of which is currently languishing below the offer price. While Wonderla, CARE and PTC India have fetched decent returns, A2Z Infra, Shree Ganesh Jewel, Parabolic Drugs, Commercial Engineers, Jaypee Infra, Nitesh Estates and Tara Jewels have inflicted huge losses on investors.

HSBC Sec has handled just four IPOs in as many years of which only two are currently quoting above the offer price.