How have currencies responded to inflation?

There have been serious dips and dramatic rescues in the emerging economies.

Russia’s ruble and Brazil’s real have strengthened considerably, despite the inflationary trend. (Photo by cottonbro/Pexels)

In an inflationary environment, the strength of domestic currencies and of monetary levers are tested. While the ones in developed countries have largely stayed stable, there have been dips and climbs in the emerging economies.

Also read: Inflation is a clear and present danger

In the developed world, Japan’s yen seems to have reacted most sensitively. It has been weakening rapidly since early March and because there is a nagging fear in the market that the Bank of Japan may delay raising interest rates. The country has a history of keeping its currency weak to let its export-led economy flourish. 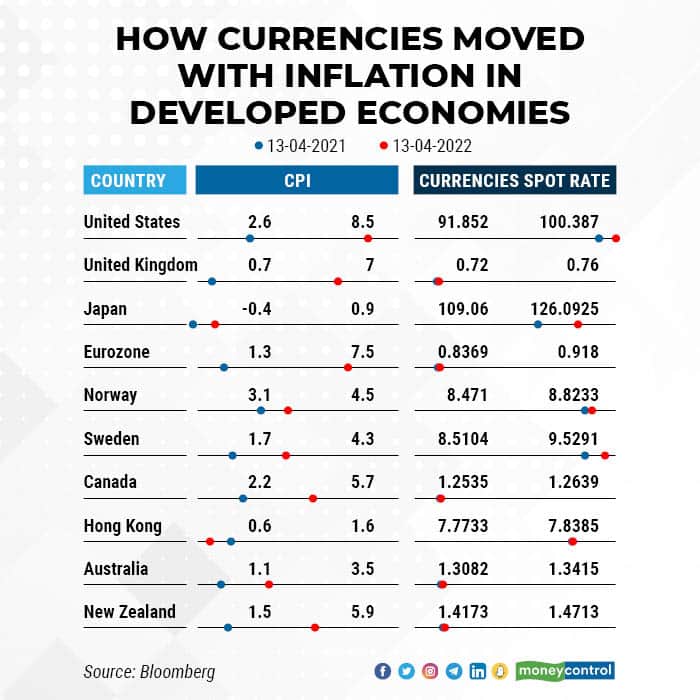 Russia’s ruble and Brazil’s real have strengthened considerably, despite the inflationary trend. The ruble’s recovery has been well-engineered–with aggressive rate hikes, demanding payment for natural gas exports in the currency and capital controls such as prohibiting transfer of personal assets to foreign accounts. Brazil’s real too was supported by the country’s central bank intervention–the country’s benchmark rate is at 11.75%, which is the highest in five years. The real was helped too by the rising commodity rates.