Upcoming Webinar:Join our experts for discussion on ‘Re-inventing Finance: with Process, People & Technology’.
you are here: HomeNewsBusinessEconomy

Visa’s TR Ramachandran on how he straddles different time zones, why being approachable is important and his advice to budding entrepreneurs

TR Ramachandran, Group Country Manager, India & South Asia, Visa, talks about the business books and leaders who have influenced him, his management style and the best place to prepare for leadership.
Pratik Bhakta 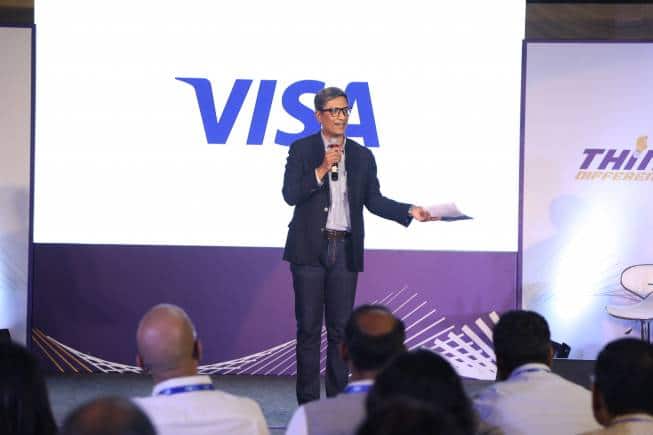 Running the business of a global technology giant in India is perhaps one of the most coveted — and challenging — job roles. Take the case of Visa India and South Asia head TR Ramachandran. He joined Visa in 2015 and has been leading the company through perhaps few of the most tumultuous years for digital payments in the country. Be it demonetisation, the challenge from homegrown RuPay and UPI or data localisation. ‘Ram’ as he is popularly referred to by his colleagues has been leading the largest card payment scheme in the country from the front. Again talk to any fintech entrepreneur in the country, the disruptors, they all aspire to build some kind of partnership with Visa. Again here ‘Ram’ is the face of the company when it comes to fintech tie-ups. A career banker, he talks to Moneycontrol describing how he manages to balance his American bosses, Indian regulators, government officials and his Indian colleagues all together.

What time do you like to start work? Do you think business leaders need to be early risers or should work till late?

Being part of a global company, my work straddles 3 different time zones – IST, Singapore time and Pacific time. So sometimes, work could start really early for me and go late into the night on Pacific time. In the times we live in, I think leaders need to be flexible with their time, depending on who they interact with and priorities on hand. Now with the ongoing pandemic, the line between official and personal time is now blurred. It is more important than ever that we carve out time for some exercise, a brisk walk, some mindfulness or meditation etc.

Leadership comes from continuous learning and can never happen solely at one place. Even today, I lean on some frameworks and concepts that I learnt during my B-school days, but I have been equally fortunate to have imbibed leadership lessons from the outstanding bosses, peers and mentors I have worked with throughout my career.

Describe your management style, especially with regard to your colleagues.

If I had to summarise it, it would be collegial. First, my tenet is – Treat people like adults, assume positive intent and trust them to get the job done. Second, communicate frequently and consistently - the importance of communication and providing role and goal clarity cannot be emphasised enough. Thirdly, I have deliberately focused on being approachable; I have found it is the best way to get real-time feedback and lastly, I would say treat people decently and be nice to them. One can absolutely be firm and have high performance standards across the team without being mean or callous.

Having the leadership team weigh in and taking a collective call works well most of the time – and a happy side effect is that you have an automatic buy-in for the decision from the team. However, some decisions do need to be taken by yourself. Even in those rare instances, it really does help to get everyone on board and explain why that decision is being taken and ensure you have heard out the advice of your colleagues or decision makers especially dissenting or contrarian voices.

Do you want to be liked, feared or respected?

I have come to realise that it is not always possible to be liked by the team; and in fact, over-indexing on wanting to be liked can sometimes have a negative impact. As Steve Jobs famously said, “If you want to make everyone happy, don’t be a leader—sell ice cream”.

Conversely, none of us wants to be the cliched tyrant boss who’s feared who operates under a “theory X” of management. Especially if you are working with a smart, motivated high-achieving set of peers and wider team, which I have been fortunate to do, you just cannot expect that people will follow you and take directions simply because you are the boss. That respect must be earned, brick by brick – and as one of Visa’s leadership principles aptly says, “enabling and inspiring” the team is uber-important.

As the head of such a massive geography, you must be needing active support from your team. What does your support team look like and what does it comprise of?

Actually, my direct support team is quite small. Aside from Himalee, my hardworking EA, who does a great job in helping me maintain order from the chaos every day, we have a core team of 2 people who work with me on business planning. My Leadership Team, of course, encompasses all business and support functions. I would be remiss if I don’t mention my wife and daughters here – they are a source of constant support and inspiration and there is no way I could do what I do every single day without them. 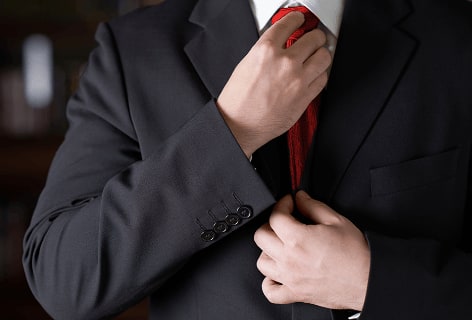 A business leader that you draw inspiration from?

Among leaders in India, I would say Jerry Rao, who introduced consumer banking to India and one of my favourite bosses Nanoo Pamnani who was a legend in strategy and execution – which he successfully taught to a whole generation of leaders first at Citibank and then at Bajaj Finserv – have been huge role models.

Others include NR Narayana Murthy of Infosys for governance, Azim Premji of Wipro for institution building and philanthropy and Deepak Parekh and Aditya Puri for building out enviable shareholder value at the HDFC stable of companies, while doing things the right way. Globally, John Reed of Citi for envisioning retail banking, Satya Nadella of Microsoft for using culture to drive enterprise value, Dee Hock of Visa for coming up with the original fintech idea 60 years ago, Amazon’s Jeff Bezos for his magnificent obsession with customers and Alibaba’s Jack Ma for his audacity and thinking big. I am also a huge fan of Warren Buffet who founded Berkshire Hathway.

Which management book has influenced you the most?

Well, literally hundreds, but if I were forced to pick, I would choose – The Pursuit of WOW! by Tom Peters, Focus by Al Ries and Principles by Ray Dalio.

Do you socialise with your team outside of work?

Whenever there is an opportunity to. Not as frequently now – though some of the best friends I have made are at/from work over the past three decades.

Many entrepreneurs are looking to start up, what would be your message to aspiring young entrepreneurs? What is that one thing they should keep in mind before taking the plunge?

In my spare time, I dabble in some angel investing and mentor a few start-up founders too. There are several messages I would like to give but perhaps the most important thing is to start something for the right reason – and that ‘building for valuation’ cannot be the topmost reason for starting up. The other thing is, it is a lot harder and a lot less glamorous than is perceived from outside. Be prepared to roll up your sleeves, grind it out and put in the hard yards; there is no fast lane to success, and it can get pretty lonely at times. Lastly, passion and pragmatism are not always contradictory – I refer to the more ‘mundane’ aspects of assessing market size, revenue estimation and scale/growth estimates – to be as important as the creative or building aspects or figuring out product/market fit.