A year on, did Modi govt live up to its acche din promise?

According to a poll, the government still enjoys high approval ratings from corporate India. The two areas where there is clearly some displeasure include maiden Budget and a continuation of tax uncertainty.

It was a victory a generation of Indians had not seen - Narendra Modi took New Delhi and the nation by storm last year by becoming the first person in 30 years to lead a party to an absolute majority. Expectations were sky high as Modi promised to change the face of the nation - "acche din" as he termed it.

A year has gone by and have things really changed on the ground? Finance Minister Arun Jaitley says it's been a year of reform and the era of "scam, scandal, corruption and retribution" raj is over.

So to gauge the mood across India Inc, CNBC-TV18 brings a poll in association with Forbes India, powered by BMR Advisors. Top 55 CEOs, MDs and CFOs of some of India's best companies were polled in April and all the respondents were personally contacted. The poll was anonymous.

Here are some of the key findings - an overwhelming 87 percent believe the government has been pro-business and pro-development so far. 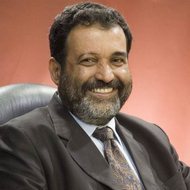 Another 78 percent believe that steps taken by the government so far have led or will lead to better investment climate.

The poll clearly reflects that the government still enjoys high approval ratings from corporate India. The two areas where there is clearly some displeasure include maiden Budget and a continuation of tax uncertainty.

Nearly 60 percent of the respondents believe that the maiden budget presented by Arun Jaitley has "not" done enough to fulfill the promise of heralding a non-adversarial tax regime.

In order to analyse the findings of the poll and also dissect the year that was for the Modi government the channel spoke with a panel of corporate leaders and market watchers.

The discussion includes Ajay Shriram of DCM Shriram and former president of industry body CII, R Seshasayee of Ashok Leyland, TV Mohandas Pai, Chairman, Manipal University, Vinayak Chatterjee of Feedback Infra, Arvind Sanger of Geosphere Capital and Mukesh Butani of BMR Advisors who was one of the driving forces behind this poll.

Below is the verbatim transcript of the discussion:


Q: Are the steps taken by the Modi government so far pro-business and pro-economic? A whopping 87 percent have very clearly voted yes in favour of the fact that the Modi government has been able to push forward with steps and promises that will ensure a more favourable business climate. Do you believe this government has delivered on the promise of ‘acche din’?

Seshasayee: Certainly, this government has taken all the right steps, got the compass pointing in the right direction and clearly the investment climate is much better than what it was 12 months ago. However, we ought to be a little more patient.

We need to see the sprouts – the field has been irrigated, it has been prepared but we have got to wait for the sprouts to come up and bear fruits and I think it will happen. I am not surprised about the results of the survey, I would endorse them.

Seshasayee: Let us look at it in three layers. If you look at the bottom layer where government action is necessary, decisions are necessary to declog the pipeline you will see phenomenal action, whether it is in power sector or in coal or in environment, I don’t hear any complaint about stuff being held up for want of decisions and want of movement. Therefore, at that layer we should give 10 out of 10.

The next layer where it relates to policies there is some truth in saying that we haven’t seen this government go all the 9 yards, for example if you take FDI in defence, I would imagine that the right climate will get created if we go all the way upto 76 percent if not 100 percent. Now you will take it to 49 percent, ferret out all the controversies, objections and then take it at that level. So, there is some room for further improvement there.

At the legislative layer, that we know is a minefield, given the situation in the Parliament we know that this is not going to be a breeze. I think the courage, the commitment is quite evident.

Chatterjee: I would like to step back a little to say that the first question we should ask ourselves is has there been a clear demonstration of strategic intent? You first evaluate the government on strategy, is it in the right direction and then you evaluate its operational performance vis-à-vis its consonance with strategy.

To my mind, the two key elements of strategic intent which has been announced and noticed by the new government is one - massive international engagement and two a revival of the Indian economy through the route of massive public expenditure on major infrastructure projects and public utilities, this is the stated position of the government.

If I personally feel that these two major strategic initiatives of the government are very much in order, very relevant in keeping with the times and therefore when one evaluates has the operational performance been in this direction? I get a resounding yes.

There has been massive international engagement that has put India back on the world stage including Indian business and India’s investment attractiveness and including the flow of funds both short, medium and long term from abroad.

Finally, has the government moved on its strategic intent of massive public expenditure on utilities and infrastructure? The answer is yes. From the Union Budget as well as from off Budget vehicles a slue of projects are currently in the stages where they are being cooked for implementation in the months to come.

My experience of the first year has been one of operations sinking with strategic intent.

Q: Has the Modi government till date taken appropriate steps to put in place a conducive environment for business? Also, the steps taken and the promises made by the government will lead to better investment climate and business potential for foreign investors; a resounding 78 percent believe that yes the government has done enough to ensure a better business environment, a more favourable business environment. What would be the most significant measure taken by this government in order to achieve this? If we look year-to-date (YTD) FDI inflows are actually up but the global climate continues to look a bit weak at this point in time, FDI regime has been liberalised whether it is FDI medical equipment and so on and so forth. What would be the most significant measure that this government has undertaken on the economic agenda?

Shriram: As you rightly said, on this issue of ease of doing business, India is perceived to be a complicated country for coming in and starting a business or continuing a business and the inspector raj is a big problem.

They have actually brought modification. States have reduced the number of clearances required by almost 50 percent. There are so many fronts where the government is actually working to ease the laws, simplify the laws and bring in more transparency.

One of the biggest factors this government has initiated is a strong competition between states. Let us be real, investments when they come in from outside or Indian companies don’t happen in New Delhi. They happen in the 29 mini India’s or states of India and the Union Territories.

I think each state is now looking at competing, seeing how they want to become more attractive as investment destinations to provide a better climate, a better atmosphere and a better job environment for their people.

Ultimately, India needs jobs. Manufacturing has to grow as they have already planned. I think this approach of states competing with each other and wanting to become one up, as the government mentioned two days ago in September they will come out with a competitive index on how each state ranks on ease of doing business. I think that is a great direction.

I hope their objective in that analysis – they don’t look at which political party is involved but come out really in black and white, what is the situation of each state – I think that can give a great fillip to the growth in India.