The Jet Airways story: How the airline that brought 'joy to flying' got grounded on April 17, 2019

Naresh Goyal did a lot of things right in creating a world-class airline. Alas, he also committed a few errors

The story, first published in April 2020, has been updated after it was announced on October 17, that the Kalrock Capital-Murari Jalan combine has won the bid for Jet Airways

Amritesh Singh* is glad he is not a pilot. Technically he may be one, but 10 years ago when getting a pilot's job became tough, Singh re-skilled himself and got a 'ground' job. One solace for the aviation lover was that he landed a job at Jet Airways, then the country's largest airline.

"I spent 10 years in the company. It was a great time. We were at the forefront, when it came to industry practices," says Singh.

But his tone changes when asked about the days leading to April 17, 2019, when Jet Airways suspended its operations. "It became difficult. When close friends or relatives would ask if they should book or not, I wouldn't know what to say," recounts Singh, who joined a non-airline company in May.

The 36-year-old admits he was among the luckier ones, especially compared to his pilot colleagues.

"I know of colleagues who had to move to smaller houses, to save money. Another had planned to put his kids in a better school. But couldn't. And there are many who are still in Jet," says Singh.

Like Anwar Hussain*, one of the 1,600 pilots that the airline had. After April 2019, he started reaching out to other airlines, but didn't resign from Jet Airways. "I didn't want to be officially 'jobless,'" says Hussain.

It finally worked, and he landed a job at a budget airline in January this year. But that's when the  COVID-19 brought everything to a standstill. "I was initially told that my training had been put off. But when the lockdown was announced, the airline said the training has been further delayed to June," says Hussain. And now with the lockdown further extended to May 3, he is not sure if his training would happen anytime soon.

Follow all the latest Coronavirus updates on our dedicated LIVE blog

As Jet Airways had a fleet of Boeing aircraft, Hussain - like hundreds of his colleagues who joined the budget airline that has Airbus planes - has to get retrained before he can begin flying.

It's been more than a year since he drew a salary. "My total dues in Jet Airways are about Rs 35 lakh," says Hussain.

Singh says about his dues, "I can't count on it. I can't plan my life around it. If I get something, it will be a bonus."

As tragic as the financial loss may sound, the bitterness in the voices of Singh and Hussain evaporates when asked, "How do you look back at your stint in Jet Airways?"

What gets employees, and industry executives and customers, so nostalgic about an airline that ended, nearly, in a dramatic collapse? Not flashy but classy

Jet Airways started its operations in 1993, the year when Damania Airways and ModiLuft also began services. East-West Airlines had already started flying customers a year ago.

"From day one, unlike its peers, Jet Airways was a classic airline. It was classy, not flashy," says Sanjiv Kapoor, an industry veteran and former Chief Strategy and Commercial Officer at Vistara.

While Damania Airlines made headline for serving beer for breakfast, Jet Airways, led by Naresh Goyal, focused both, on service and operations. Customers quickly took to the airline.

"I had shifted to Jet Airways in every sector that I travelled on," says Vipul Prasad, founder and CEO of Magadh Capital. "What one remembers was the personalised service that they offered both in flight, as well as on-ground. When at its peak, it was much ahead of every other airline," adds Prasad, also a member of the carrier's loyalty programme Jet Privilege.

"He knew how to take care of the premium customer, and in return got loyalty," points out Kapoor, now an advisor with GoAir. And rest of the industry, adds Kapoor - who had started his career in American carrier Northwest Airlines - celebrated Jet Airways and its founder.

It was a remarkable foresight for someone who was otherwise known to be rustic, content to have a meal of 'bhindi and kadi' and stuck to white shirts. But that didn't stop him from creating luxurious first-class cabins in Boeing 777 aircraft.

Goyal especially worked to woo corporate clients, and despite the competition from Air India, quickly made Jet Airways a favourite for passengers wanting to fly non-stop to international destinations. He courted the rich and the famous and was known to love the company of Bollywood stars.

And his employees, especially the pilots, loved him. "Goyal created a class system in Jet Airways, a system where pilots were the gods," says a former employee. "Who else sends pilots on a paid vacation to New Zealand, for training. Jet Airways pilots were the highest paid in the industry," she adds.

How did the love story turn sour? 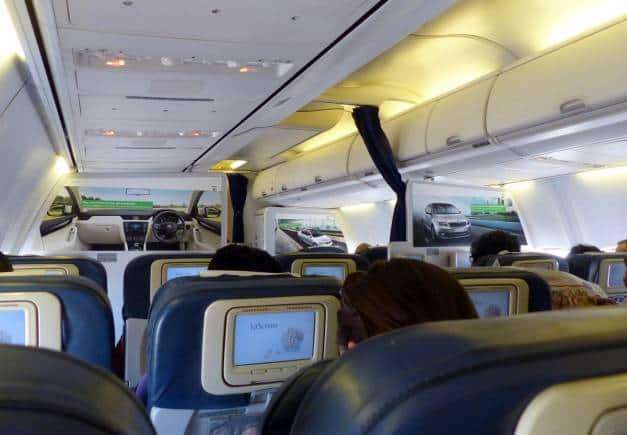 Goyal was a master of circumstances, adept in turning seemingly unfriendly situations to his favour.  Like how he once was vociferously against FDI in aviation, but suddenly changed his opinion and got the first foreign investment for an Indian airline.

But even the master misread a changing market, especially when it came to two sets of competition.

The first one was right under his nose, in India. The name was IndiGo, the leader among low-cost carriers. One incident is a telling statement on how Goyal and rest of the senior management at Jet Airways were blind to the threat posed by the Rahul Bhatia and Rakesh Gangwal-led airline.

In 2006, just a year after IndiGo started flying, a team of aviation consultants gave a presentation to the senior management of Jet Airways. Pointing to IndiGo's 100-aircraft order - unheard of for a newcomer - the consultants warned their hosts that "business as usual is not an option", and that some of the present carriers "will disappear".

The reaction of the Jet senior executives? "They laughed at us," says an executive who was present at the meeting.

At the same time, Goyal was wary of Vijay Mallya, who had started Kingfisher Airlines as a full-service carrier, giving direct competition to Jet Airways. Goyal, say industry insiders, was worried about the fast-growing popularity of Mallya's airline.

To keep Kingfisher at bay, Goyal acquired Air Sahara, which at Rs 1,500 crore remained an expensive buy that only added to the debt pile of Jet Airways, which eventually ran out of money to pay the interest costs.

The second set of competition that worried Goyal, was the Middle-East carriers. "Goyal underestimated the impact they would have on Jet's traffic to Europe. He couldn't beat them, so he joined them," says a senior executive from the industry.

While the FDI from Etihad Airways was seen as a masterstroke, industry experts have wondered if Jet Airways ever benefited from the partnership.

"Etihad insisted that Jet flights now stopped at Abu Dhabi, the former's hub. Goyal tried to overcome that by creating a hub at Brussels, but that was a wrong move as the Belgium capital didn't have enough local traffic coming to India. A hub, say like Dubai or Frankfurt, needs to have enough local traffic," says the senior executive quoted above. By the time Goyal shifted the European hub to Amsterdam, it was probably too late.

These decisions proved costly for Jet Airways, which was beginning to lose ground in the home market to the fast emerging low-cost carriers, led by IndiGo.

In 2018, the situation grew grim as high fuel prices and a weak rupee put pressure on the airline's finances. By December, it didn't have enough money to meet debt repayment commitment, or even pay salary to its once-feted pilots. The company owed banks more than Rs 8,000 crore.

Through the first few months of 2019, both, Jet Airways bankers and employees were hoping that Goyal will bring in the much-needed liquidity.

Goyal had made the most of the ups, and found ways to survive the downs. He could surely do it again. He could convince Etihad to bring in more money or perhaps put in his own money.

"Even after April 17, we had continued working," says Singh, the former Jet Airways employee. But by the end of May, even hopeful employees like Singh started leaving, and soon enough the banks, led by State Bank of India, took the airline to the National Company Law Tribunal, in June.

In another two months, Goyal came under the lens of the Enforcement Directorate, which raided homes and offices of the Jet Airways founder. The ED continues to probe Goyal's transactions and allegations of money laundering.

Even as the investigations against the entrepreneur continue, the insolvency process seems to have reached a dead-end, with multiple extensions failing to attract a bid.

The insolvency process may have got another 90 days, but the dramatic collapse of the aviation sector post the COVID-19 outbreak has extinguished whatever hopes that remained.

"We have moved on," says Singh. "Both in our personal and professional lives," he adds.

Dramatically, a little over a month after the story was published, the whole process was restarted and fresh EoIs were called.  Jet Airways got a long list of suitors. And one of them, Kalrock Capital, has won the bid to restart the airline

*Names have been changed.