Implementing NGT order will be a challenge: Jagdish Khattar

Jagdish Khattar, CMD, Carnation Auto says it is unfortunate that the issue of pollution is being dealt with in this manner. There are anyways very few cars above 10 or 15 years, he adds. Besides not all old cars are polluting the environment, he told CNBC-TV18.

Implementation of the National Green Tribunal (NGT) order will be a challenge, says Jagdish Khattar, chairman and managing director, Carnation Auto. Earlier in the day, the NGT said diesel vehicles that are over ten years old and petrol cars over 15 years will not be allowed to ply in the NCR.

Khattar says it is unfortunate that the issue of pollution is being dealt with in this manner. There are anyways very few cars above 10 or 15 years, he adds. Besides not all old cars are polluting the environment, he told CNBC-TV18.

Below is the verbatim transcript of Jagdish Khattar's interview with Shereen Bhan on CNBC-TV18.

Q: This is the third order that the National Green Tribunal (NGT) has passed with regards to trying to bring down air pollution in the city but how feasible is it going to be as far as implementation is concerned? 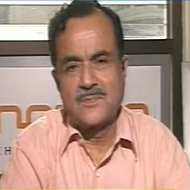 A: It is very unfortunate that we tend to deal with major problems in this manner. Pollution is a much bigger thing, when you are talking about pollution one of the newspapers has been giving details as to what are the causes of pollution, what is causing it. Wherever we have to deal with human beings, where we have to do some executive action we do not do it. What we can do, pass on a piece of paper, we do it. Coming back it was just mentioned, enforcement etc has been said but it is going to be very difficult. First of all, how many cars are there above 10 or 15 years? Very few and then you have got NCR, you have got Noida and these are seamless cities. People keep going to and fro. Are we going to have a nakabandi on the borders, who is going to implement them?

When such decisions are taken and passed, the stake holders who have to implement must be taken on board. All discussion must take place as to how it would be implemented. So I am so sorry they have passed orders earlier, this is going to become far more difficult, how will it be implemented and whether it will make any difference, I am sure that it won’t make much of a difference because the number of cars on the road are huge and this is not — these small numbers are not going to make much of a difference and the issues are basic — public transport, road system and we need to develop more of metro, there are other issues that have to be done.

Q: You are absolutely right that the larger issues related to the availability of public transport, better access to public transport have to be addressed but on the issue, because this is the third time that the NGT has actually passed an order with regards to older vehicles. So clearly we are now waiting to see what the Delhi government has to say but what is this going to mean in terms of what happens to the scrap, what happens to the second hand market? We are probably going to see a virtual collapse aren’t we?

A: When it is going to be difficult to implement those consequences will not follow. I am very doubtful whether it will be able to implement it. Secondly, what happens on the road, how will anyone know? There have been proposals pending before the government that there should be annual certification of cars. After three years of a new car if you have an annual certification you look at the safety part of it, you look at the pollution part of it. If that is done every year then even the vehicle may be 10 years old and if it does pass these tests, nothing wrong with it.

Q: I understand that this may not be the root cause of pollution because the order doesn’t talk about commercial vehicles but leave that aside, what do we do, the new cars need to meet with new emission norms. So, what do we do about the existing cars? You were talking about the mandatory pollution checks that are enforced by various agencies and various governments but what more can be done about the problem of existing cars on the road?

A: First of all there could be 10-year old cars, I am aware of it. We are dealing with second hand cars, there are cars 6-7 years old that have only done just 10,000 kilometres. There are families who have got more than one car, they don’t use all the cars at the same time and the car may be aged but not old. So, what do you with those cars, just because they are 10-years old would you ask them to scrap?

Again there was a proposal made by the automobile association that let there be a scraping policy, in the sense if the car is over 15-years old, no owner in India is going to scarp it but give them an incentive to scrap it, in the sense if they scrap it, the government will reduce the excise, manufacturer will put in some money. So, they can be replaced. The point I am really making is that this has to be thought through in a detailed manner and then worked out. Just by saying this it is going to be difficult to implement, it will cause a lot of harassment to the people, police would be on the roads, RTOs would be on the road and you will see confusion if the implementation is taken up in hand.