DLF Group CEO Ashok Tyagi says the company still has a substantial unsold inventory and the market is still weak for existing and new launches.

On its realty business, Tyagi says the company still has a substantial unsold inventory and the market is still weak for existing and new launches.

Below is the verbatim transcript of Ashok Tyagi's interview with Latha Venkatesh & Sonia Shenoy on CNBC-TV18. 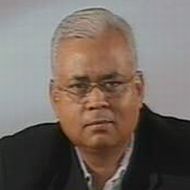 Latha: Update us on your various deleveraging moves, among the biggest was the stake sale to GIC, but we also heard that you would be selling some of the promoter stake in Cyber City. Is there anything that you can update us on having found a buyer?

A: We reported to the exchange last week that we have concluded the GIC stake sale into special purpose vehicle (SPV) which will develop and build two projects in central Delhi, residential projects. The total quantum received was Rs 1,990 crore odd, with net of stamp duty and other regulatory charges that we will have to pay, will still be about Rs 1,750 crore of net consideration into the company. So that is step one.

We have signed DT Cinemas' deal a few months back, which is still pending for closure and approval by the Competition Commission of India (CCI), so we are waiting for that process to consummate and that should again be Rs 500 crore odd transactions. In the beginning of the year we had said that we should be able to do strategic deleveraging transactions of about Rs 2,500 crore. I think we should broadly be there by the end of the year.

A: Yes. If you see the last few quarter, our pure operational and capex cash burn continues in Rs 600-700 crore of quarter range. As we had said at the beginning of the year is that we are primarily doing this transactions to ensure that on the development side our net debt position does not go up even as the residential sales environment does not improve in the immediate short-term. So to ensure that the debt situation does not worsen, we are doing some of these deals.

The second point that you mentioned about the Cyber City; in October we had made a detailed release to the exchanges as well. However, the strategy for that is clear that the promoters will sell their 40 percent stake in Cyber City to private unlisted investors and then a substantial portion of that proceeds will come back into DLF in some form of equity and that means that the promoter stake of 75 percent could tend to get breach, there will be an alternate capital instrument issuance to institutional investors or public to ensure that that stays at 75 percent. So we believe that that will be a big transaction. I do not want to hazard a number right now, but it will be a big transaction.

In the last couple of months, since we got the approvals etc for it, we have been clearing up our desk internally by putting all the structural issues to bed, doing all our due diligences etc and we expect that in the next few weeks we should be in a position to start approaching prospective investor and from there on let\\'s see how it goes. As we had said earlier that we expect the transaction to consummate and fund, would be in next fiscal and not in this fiscal but how far in next fiscal is something we need to fully get our hands on.

Sonia: Those are the two areas where you have been reducing debt. One is the GIC deal and the other is the prospective Cyber City deal. In FY17, what is your targeted debt by the end of the year and are there any other avenues through which you plan to reduce debt?

A: To qualify what you said, the GIC deal I mentioned is more a debt maintenance strategy. The Cyber City transaction hopefully should be a big one and that should lead to a substantial reduction of the overall company debt and a huge reduction on the side of the development company. In all fairness because we haven't put something out to the exchanges or on the street, I will be hesitant to put a number on FY17 debt but subsequent to consummation of the entire Cyber City transaction, we do believe that it will lead to substantial reduction in the total debt portfolio.

A: I have been seeing the same analyst reports that you and your team have been seeing and the numbers do keep on varying up to the ranges that you mentioned. Some numbers, to be fair are lower than those. However, we have appointed bankers like JP Morgan and Morgan Stanley for the transaction. E&Y is the overall transaction advisor. So everybody is working to get but finally because this is an outright sale to third party investor, the valuation will eventually be what the two parties sit together and negotiate.

Sonia: Tell us about the National Capital Region (NCR) market. We understand from our channel checks that new launches have dipped almost 30-35 percent in the last six months. There is high amount of inventory that is still unsold. Has the situation gotten worse?

A: I do not know whether it has got worse or no but it hasn't got better for sure. The new launches is one metric that we use but the fact is that a lot of projects including in all fairness, some of ours which have been launched in the last couple of years, still have substantial unsold stocks. For example, we have taken a call that till we have a substantial quantum of unsold inventory in projects that were launched in the last two-three years, there is no point in notching one more launch till such time because if the market is dry; the market dry for existing projects and for new launches. So the NCR market specifically has a challenge of residential sales still not coming back.

We are hoping that things have plateaued down, so things should begin improving, whether they begin improving in two or four quarters is difficult for me to hazard, in fact that is the reason why in the last six months and in the coming six months our focus was to close the GIC and DT deal and then to close on big Cyber City deal, so that while we wait for the market to pick up, we have fixed our balance sheet once and for all.

Latha: Would you see that the darkest hour is behind us in terms of real estate prices and sales dips and if we have to clutch at straws, which are the areas, the geographies in which you are seeing some kind of demand sunrise?

A: The darkest hour to your piece is a fair comment. The only thing is I am not sure how long this darkest hour is going to continue. So the intensity of darkness is where it can dip to but whether it is going to be six or four or eight months more is to something -- because six months back I had said the same thing on your show that the darkest hour is behind us and look what happened.

On the second point about clutching the straw, I think there are two things that we have seen internally for ourselves; one for ourselves and other for the market, is that some of our luxury locations in Gurgaon and Golf Course Road, both commercial and residential have continued to show resilience sales despite all gloom and doom which shows that if the product is right and the location is extraordinary, there is still a niche demand that exists. We, whatever one read from the paper and analyst reports etc, there continues to be some companies specifically in Bangalore which continue reporting healthy sales numbers - that's about the only two pieces that I see in some sense of positivity on the residential side. One the commercial side, things are not bad, things are improving, Noida Mall should get operational in the next few weeks. It is completely leased out. Office leasing is also doing better.

Sonia: What is the rental from the Noida Mall that you are expecting next year?

A: We expect give or take a couple of Rs 100 crore per year.