There has been a lot of uncertainty thereby shifting market participants focus from riskier assets to safe havens.

Gold prices along with silver had a fantastic run in the past week and the yellow metal was just shy of fresh record levels following escalating tension between the US and China and expectation of announcement of fresh stimulus package from the US.

Silver, too, breached levels like flowing water hence boosting market participant's confidence. The gold/silver ratio is supporting the silver's rally as it is currently trading near 80, falling from the high of 127.

The heat between the US and China trade battle seems to be increasing every week with some or the other announcements from both the end to pressurize each other has been keeping precious metal higher. Trump is blaming China for the spread of virus, leaders of power countries are now starting to question the existence of phase one deal and this has also put the future of phase 2 deal in jeopardy. 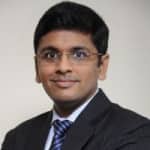 US interfering in the Hong Kong issue, announcement of closing the respective consulates and several other events have increased the tussle between the two. Friction between US and Iran has also increased and there are rumoUrs of certain attacks again. There has been a lot of uncertainty thereby shifting market participants focus from riskier assets to safe havens.

Central banks continue to take all the necessary precautions against the virus impact which is hampering the growth of their respective economy. In the earlier week, we witnessed ECB and BOJ’s policy meet where both maintained a dovish stance and announced necessary stimulus packages with an objective to combat against the impact of virus.

EU leaders proposed the EU's economic recovery package to lift the bloc out of a COVID-19 induced recession that includes €390 billion of grants and €360 billion of loans. US too are expected to announce plans to seek another $1 trillion in economic relief.

Apart from preliminary PMI numbers expected from major economies, calendar was fairly light last week, although it was an event and a sentiment driven market rather than data influenced market hence giving a push to the bullions. Investment in gold increased to 1,227 tonnes compared to holding of 1,207 tonnes in the previous week. Holding in ishares ETF witnessed a sizable increase of around 1,119 tonnes and holdings currently stand at 17,380 tonnes. Speculators continue to increase their bullish positions in COMEX gold and silver contracts.

This week economic docket have a few important 'look outs', core durable good order and GDP number is expected from the US, also inflation number from few major economies is also scheduled later this week; which if reported positive could put pressure on metal prices. Also FOMC policy meet scheduled later this week where comments and actions announced by the Fed Governor will be important to watch.

Although the market participants will continue to keep an eye on the US-China trade relationship, focus will also be on measures taken by the leaders in order to combat the COVID-19 as it remains a core driver for highly risk-sensitive markets like gold.