Tune in on 17th July for the Small Business Virtual Summit with Cisco. Register now!
you are here: HomeNewsBusinessCNBC-TV18 Comments

NHAI gets cracking on 3 road projects that were on ice

The National Highways Authority of India (NHAI) is in the process of reviving 20 languishing road projects and this will begin with three national highway projects getting a fresh round of fund infusion. CNBC-TV18 was the first to break this news and now it’s official.

NHAI is battling with delays in road highway projects dating back to 2011. So, it is no surprise that the authority has decided to make the revival of 20 such languishing highway projects its priority.

Three of these 20 projects -- the Panvel-Indapur project by Supreme Infrastructure, the Chhapra -Hajipur project belonging to Madhucon and the Krishnanagar- Berhampore project allotted to SEW Infrastructure -- will be the first beneficiaries of this renewed interest and each of these are in for some fresh funds. 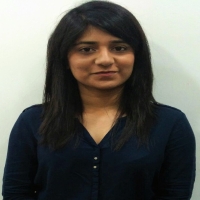 There are two other projects that we have taken up in a similar fashion and one of them is Chhapra-Hajipur in Bihar, this too was a languishing project, dating back to January 2011 and in this case more than 50 percent work has been done. We will be infusing funds to the tune of Rs 150 crore, he says.

Another project that we have talked similarly is the West Bengal which is Krishnanagar to Berhampore. We expect the project to be able to get a fund infusion of Rs 400 core, he adds.

But even as the NHAI prepares to open its coffers, it is putting in place safeguards to ensure the money is not diverted by developers.

Chandra says, "It involves also balancing the interest of getting project completed in time and looking at the alternative of terminating the project and bidding it out afresh with all its legal complications, so maybe little later from now in a month or so we should be more clear about how we proceed further."

The revival of these three projects is only the first step. NHAI is putting together a plan to revive 17 other such projects as quickly as possible and given its commitment to meet its own target of laying 30 kilometers of roads per day, the authority is working on identifying not just more such projects that need a helping hand, but also awarding fresh projects.