Celebrity chefs are having a moment again. Here is our restaurant and dining hot list

Just as we thought that the restaurant segment would stay depressed for some time, iconic celebrity chefs are opening up new eateries, restaurants are showcasing immersive 3D dining experiences, and vegan ‘meat’ such as banana blossom has made its way to a restaurant’s menus. 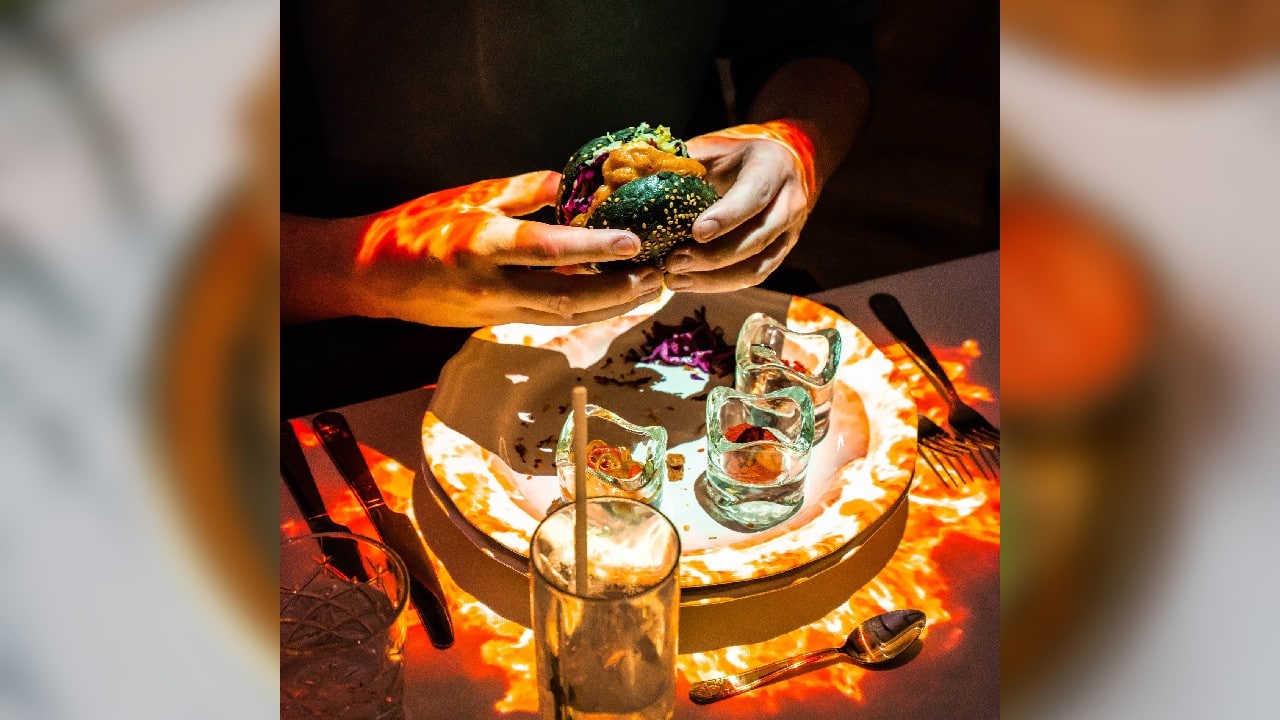 3D technology and image mapping have helped restaurateurs and hoteliers create immersive experiences that blend drama with dining out. Like Banquet of Hoshena. After touring cities such as London, Dubai, Kuwait, Germany, and Stockholm, it finally arrived in India, to find a home at Mumbai’s Ramee Guestline Hotel. Created by London-based Nadine Beshir of Dinner Time Story and Studio McGuire, Banquet of Hoshena takes diners to an imaginary land where kings and queens, fairies and volcanoes come alive on the table, and on dining plates over a seven-course meal which matches the experience unfolding around them. Rajit V. Shetty, managing director of Ramee Group, says, “The idea was to introduce a unique and fun 3D show and an innovative dining experience, with a luxury spin. Using 3D-technology, virtual reality, image mapping and projection, Banquet of Hoshena creates an immersive, interactive and completely enchanting show.” Each course that accompanies this spectacle is creatively crafted to represent one emotion and expertly executed in a way that corresponds perfectly with the timeline of the story.

Only dinners and bento boxes at Thai Naam Chef Ananda Solomon had just opened his restaurant Thai Naam by Ananda Solomon in February 2020 when, a month later, a pandemic laid low his well-thought-out plans. Since then, like most in the restaurant business, he has struggled to stay afloat. Among the formats he has experimented with is not just home delivery, but home delivery across most of Mumbai. 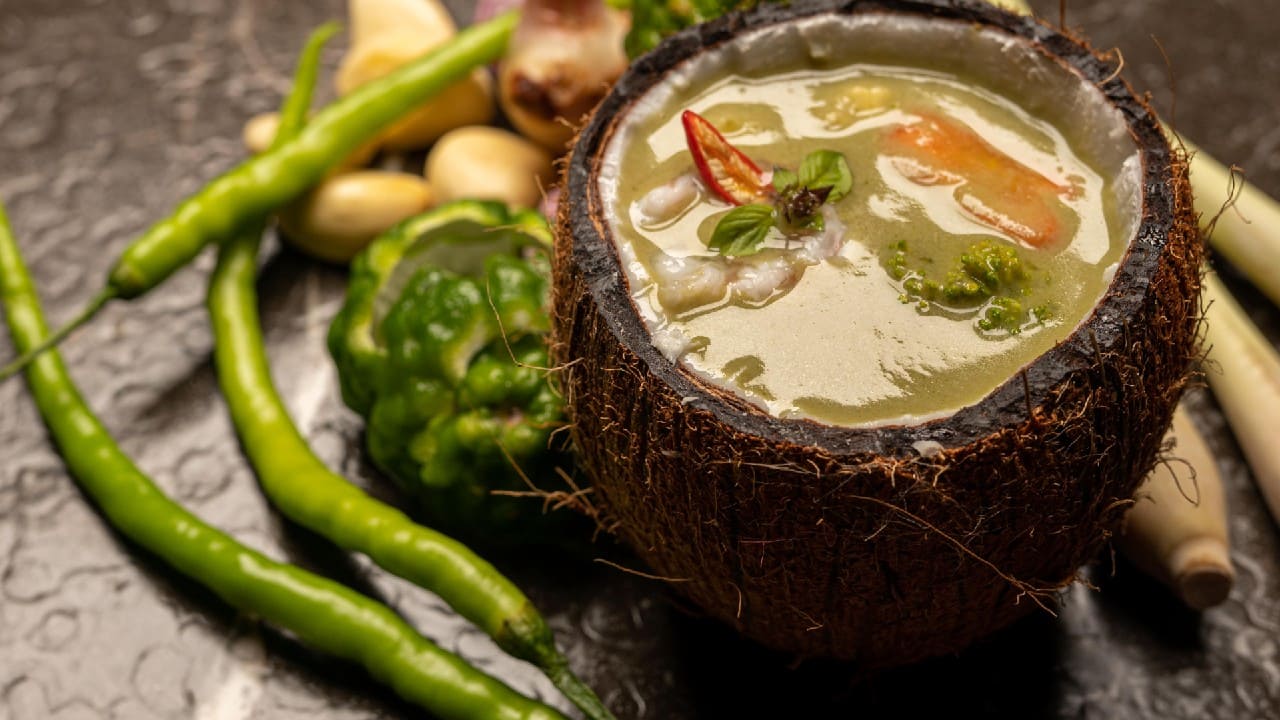 Other restaurateurs deliver only within their postal codes. Chef Solomon, whose patrons go right up to south Mumbai (he was the chef credited with both Thai Pavilion and Konkan Café at the hotels of IHCl (formerly known as The Taj Group), delivers across the city. His bento boxes are rather famous. More importantly, the restaurant is now only open for dinner.

“That helps us to maximise the footfalls and reduce costs, even as we ensure the restaurant is santisied and safe for diners,” says Chef Solomon. “I have used the time of lockdown to retrain my team and set up a sustainable home delivery model, creating Bento Boxes for home dining and hosting customised food experiences.”

Chef Atul Kochhar is back in India with SAGA 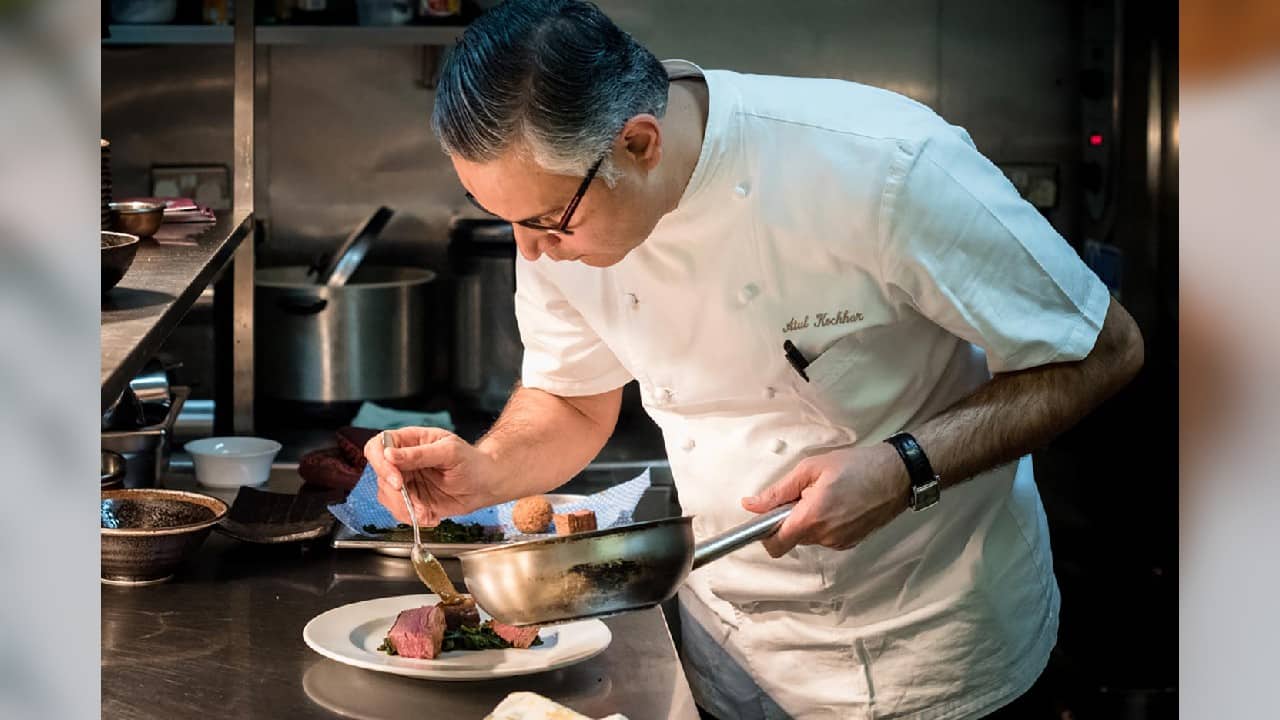 The just-opened Gurugram restaurant, SAGA: Cuisines of India is Michelin-starred chef Atul Kochhar’s second shot in India. His first in Mumbai had shut down a while ago. SAGA is a stylish progressive Indian cuisine restaurant by day, a high-energy bar post 10:00 pm, and a space for live gigs on weekends. Among its biggest offerings is one of the tallest bar displays in the world. 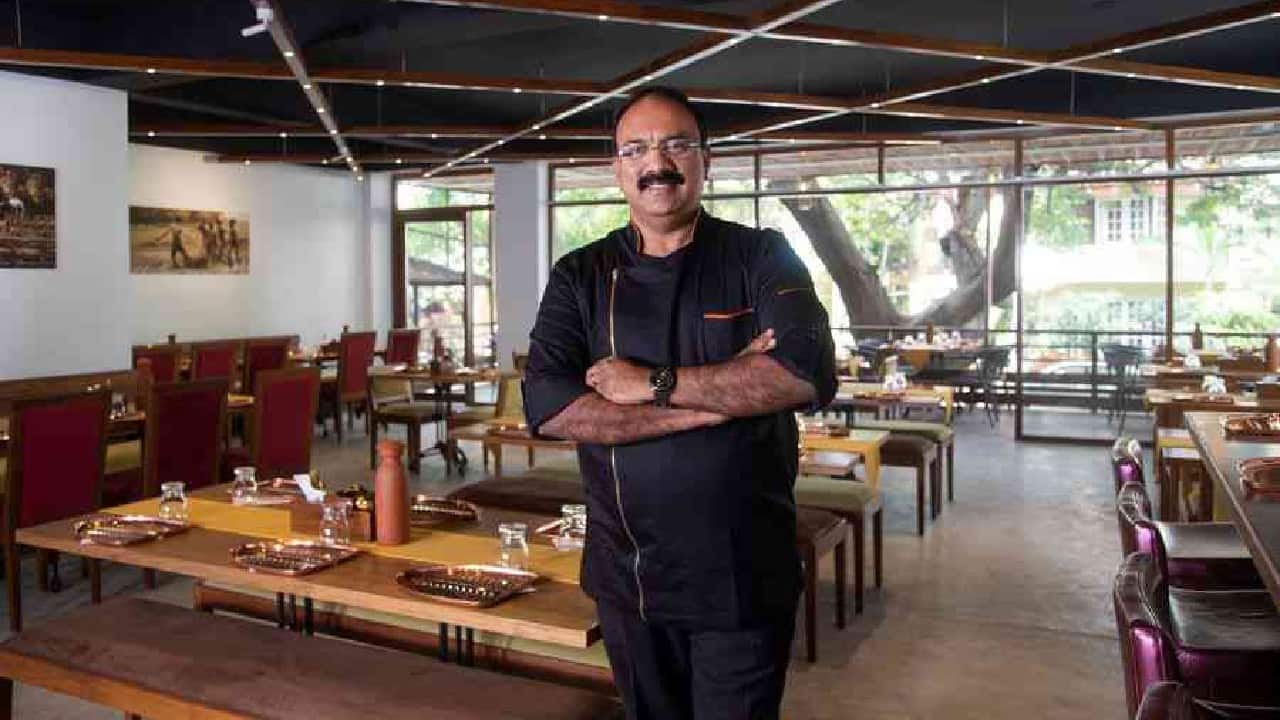 Chef Regi is an icon in the world of regional cuisine. Kappa Chakka Kandhari (named after three ingredients unique to Kerala — the tapioca, jackfruit and bird’s eye chilli) is truly a restaurant with a difference: it relies on home chefs to cook the food and serves on Malabari parota. Before he set up the restaurant, first in Bengaluru and then in Chennai, he travelled through his home state for three years, talking to mothers and researching their food. Unfortunately, he had to shut his restaurants during the 2020 lockdowns. He even asked his home chefs in Chennai to go back home, though they stayed back. Now, as the dust settles, he has reopened his Chennai restaurant. Bengaluru should also be up and running soon. 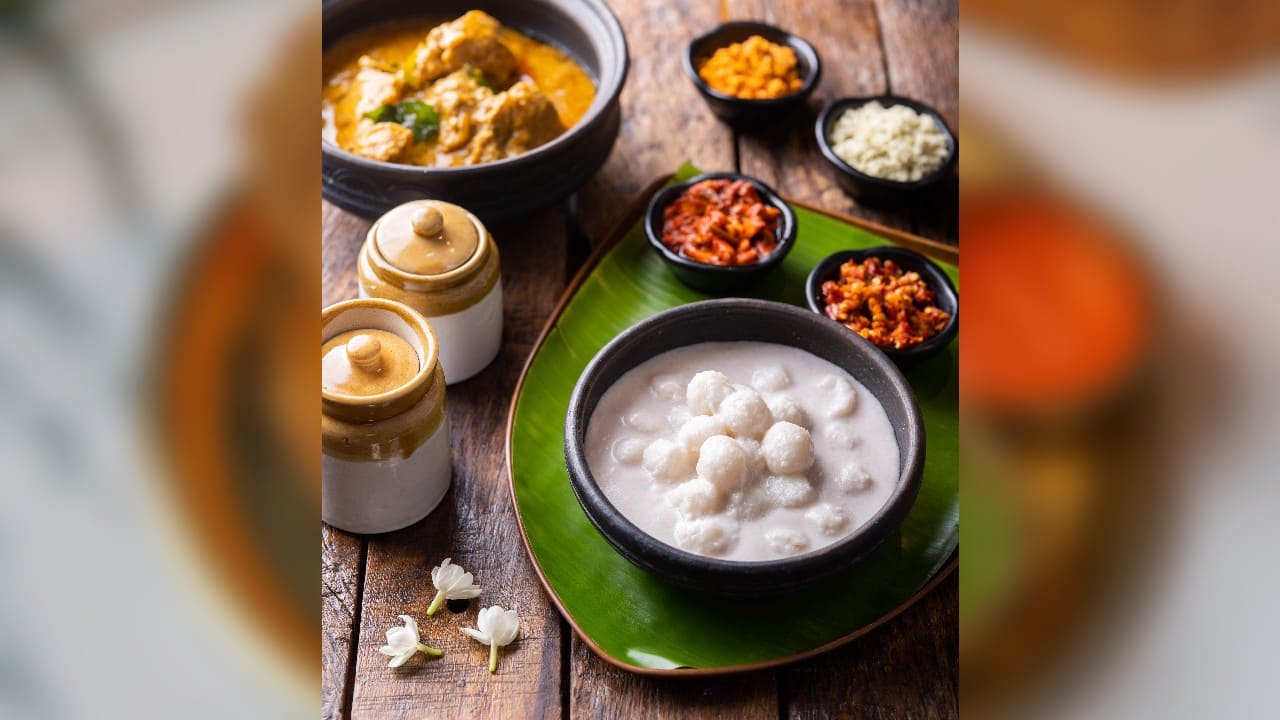 A wholesome feast of the best of Kerala’s incredible cuisine, with a selection of nine unique, carefully crafted ‘set menus’, a variety of ‘one-pot meals’ and select ‘house specials’ await those who want to taste his delicious cooking. Kappa Chakka Kandhari’s set menu features Malabar cuisine from the north, kallu shaap cuisine from toddy shops that speckle the breadth of Kerala, as well as Syrian Christian and Travancore cuisines. At Zorawar Kalra’s new restaurant, Chef Dipesh Shinde puts together an experimental menu that balances popular Maharashtrian dishes and Sri Lankan cuisine. Chef Shinde, a native of Maharashtra, took a trip to Srilanka to explore their cuisine and couldn’t help but notice the similarities — fish, coconut and rice are an integral part of the daily diet. Chef Shinde reached out to Kalra to create a unique restaurant that goes by the name +94 Bombay, an amalgamation of Sri Lanka’s calling code and the British name of India’s Urbs Prima in Indis. The food is delicious: Mumbai’s favourite Maharashtrian fast food, the kotambir wadi, but in the shape of a cuboid; another icon Bombil Fry; the humungous Jaffna Black Pepper Prawns and hoppers, the mainstay of Sri Lankan cuisine served with a creamy stew, among others. Delivery kitchens are the future of dining 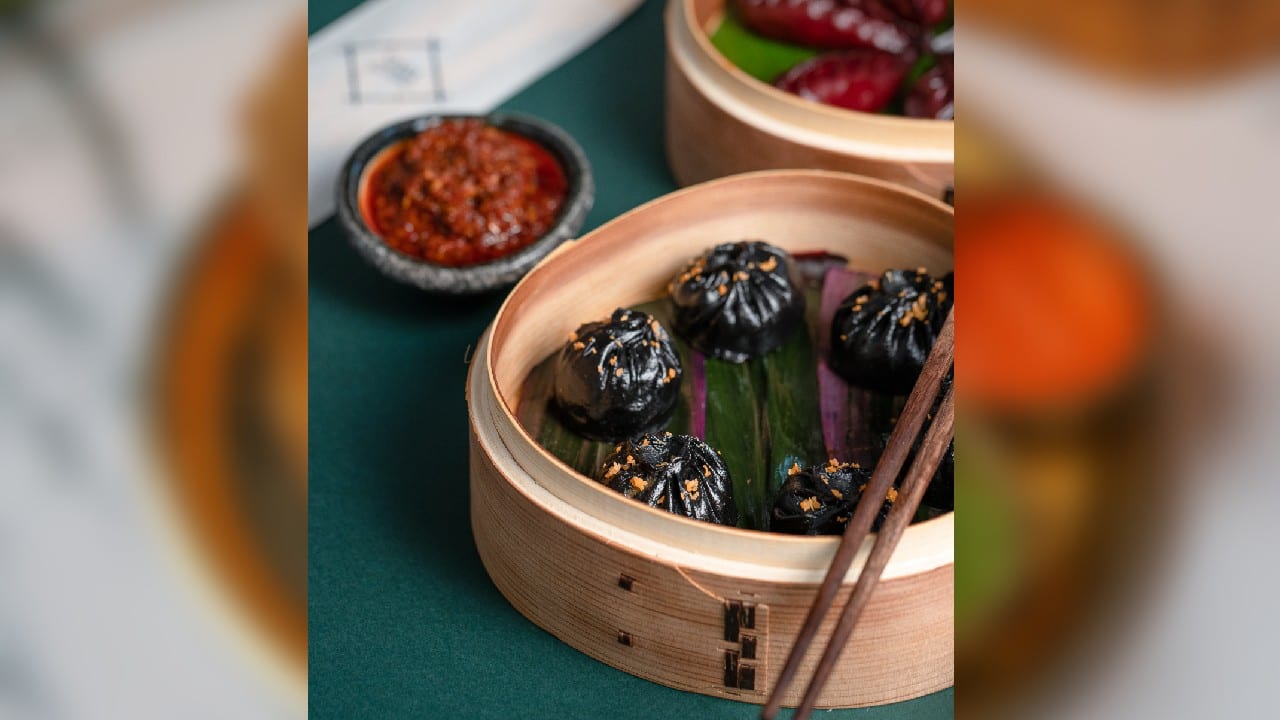 Many chefs believe delivery kitchens are an ephemeral trend that won’t last. But many others in the food business are sure cloud or delivery kitchens are a valid business format. Among the newest is Soba, an Asian delivery kitchen with an extensive menu of comfort food and familiar flavours from China, Thailand and Korea. We recommend it for its dim sums made with organic buckwheat flour. Activated Charcoal Prawns Dimsum is homage to both classic dim sums and the use of activated charcoal in cooking, which infuses the food with an earthy, smoky taste. In Delhi, the famous Chef Ritu Dalmia of the fabulous DIVA restaurant set up DIVA Casa Pantry with a well-curated retail line of ingredients that will help you toss together a restaurant-style Italian meal at home. Expect freshly rolled pastas, Dalmia’s signature sauces, salad dressings, special rubs and seasonings for meats and seafood, Italian biscotti.

BrewDog: From Aberdeen to Mumbai 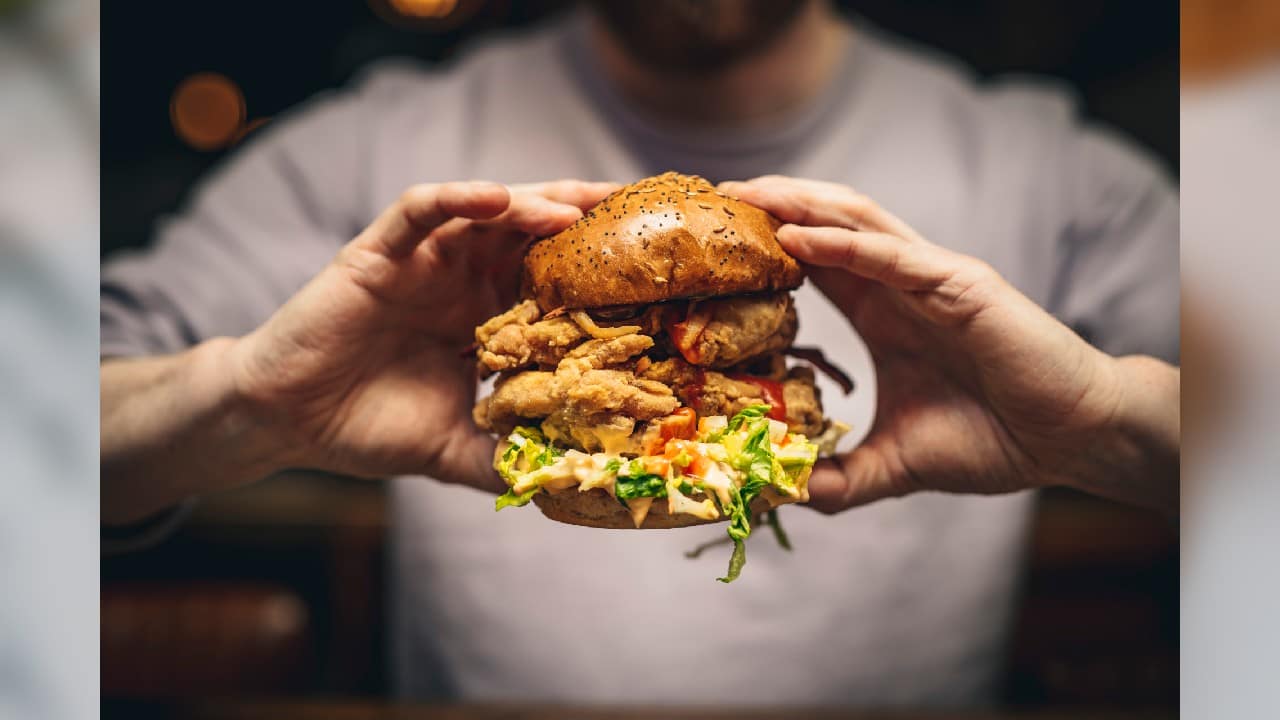 Bars, given how crowded they can become, are pretty much out of favour at the moment. So it is interesting to see that the Ace-Aloha Group, under the aegis of Chief Mentor Rohit Jain, CEO Abhijit Rao and Co-CEO Karan Jain, is making a brave attempt to open a bar, nay a taproom, at this moment within a pandemic. BrewDog is all set to open its first taproom in India in Kamala Mills, Mumbai. Founders James Watt and Martin Dickie first opened in Aberdeen more than a decade ago and since then, they have gone on to establish 100 + taprooms all over the globe. The 4500+ square feet split-level taproom has an exclusive lounge, multiple seating areas and 20+ different craft beers on tap. Among them is the classic Punk IPA along with crisp, refreshing lagers such as the Rustic Lager and the dry-hopped Pilsner Lost Lager and the Scotch-style ale Dogma. But the one brew that is offbeat has to be Porky’s, pork chorizo infused whiskey with vermouth and orange juice! 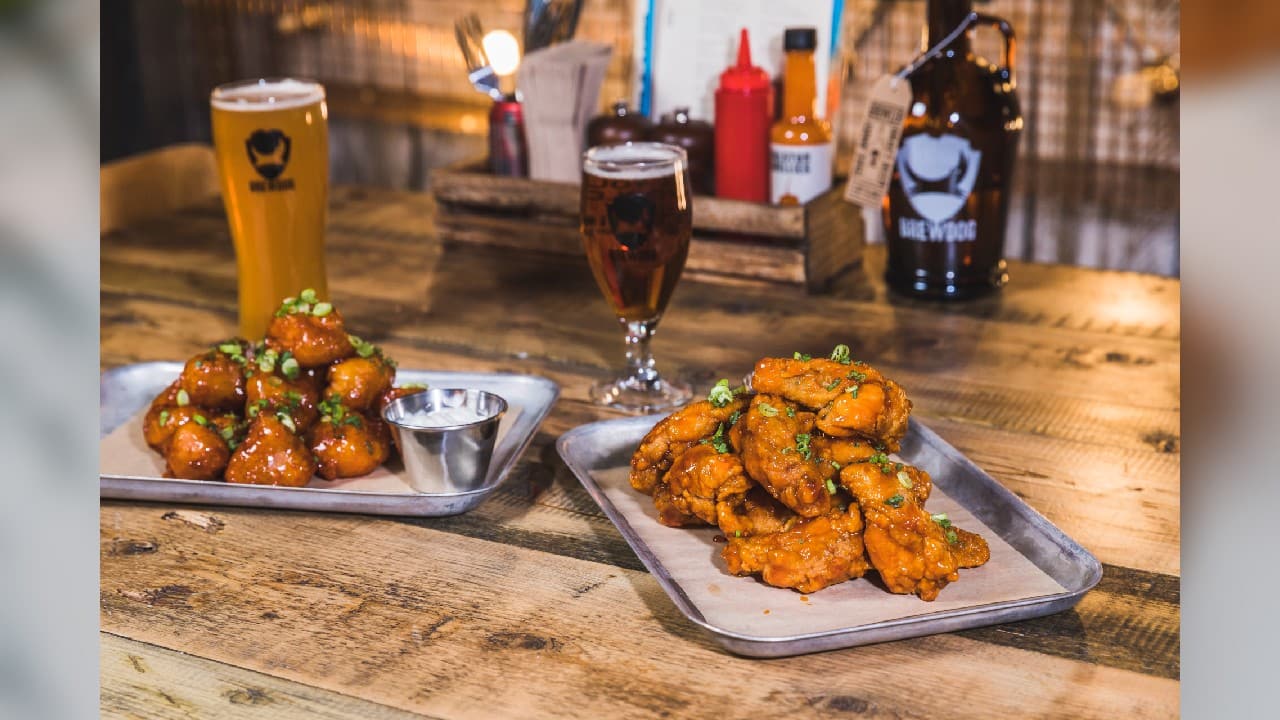 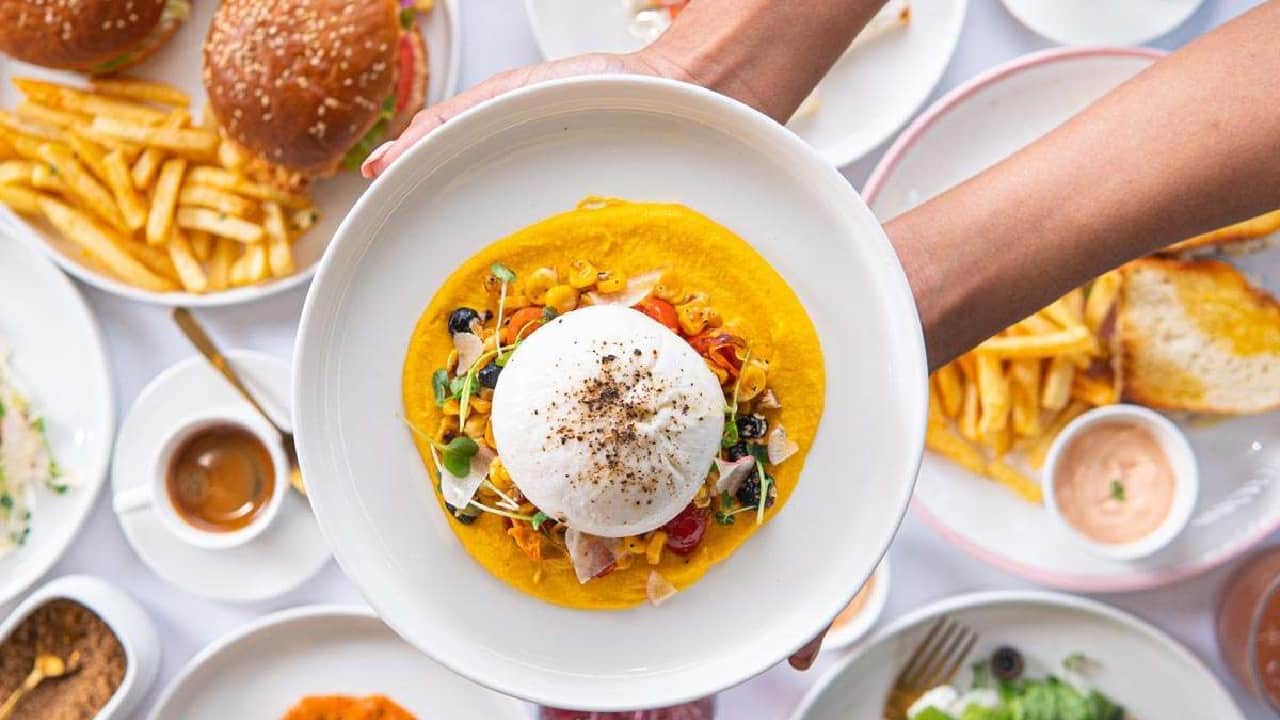 Monèr is the brainchild of Chef Freny Fernandes who has worked with global culinary stalwarts such as Daniel Boulud. This one is a dessert bar-meets-a-lively bistro serving French-style entremets and petit-gateaux for desserts. Can you imagine three and five-course dessert meals that includes exotic dishes such as Jardin Du Rose, Apple Tarte Tatin with a Kaffir Lime Puff Pastry and Vegan Pavlova? Designer meals at a design-infused Diablo

If there is one reason you must visit Diablo, located in Mehrauli, besides the modern Middle Eastern cuisine that includes a delicious Truffle Cauliflower Hummus, it is for its ornate Gothic design sensibilities. It is a restaurant with Gothic columns, gold arches and, oh well, leather tiles. Also known as the banana heart, the fleshy, purple-skinned flower, shaped like a tear, is finding its way on menus, from banana blossom chaat at Trèsind Dubai to banana blossom salad at the new Cambodian restaurant in Bengaluru. The restaurant set in what once used to be a playwright and author Girish Karnad’s house, serves this new vegan ‘meat’ trend after beetroot burgers and jackfruit curries. The salad has a crunchy flavour and is eaten with fried shallots, garlic, and lemongrass, and bright, bracing garlic, chili, and lime juice dressing.