Upcoming Event:Experts and leaders discuss how modern digital tools are transforming the media industry. Register now
you are here: HomeNewsWorld

Volkswagen AG has chosen lead banks for the blockbuster listing of iconic sports-car maker Porsche in what could be one of Europe’s biggest initial public offerings this year, people with knowledge of the matter said.

Europe’s largest automaker has picked firms including Goldman Sachs Group Inc., Bank of America Corp. and JPMorgan Chase & Co. as joint global coordinators for the proposed share sale, the people said. The listing could value Porsche at as much as 90 billion euros ($100 billion), the people said, asking not to be identified because the information is private. 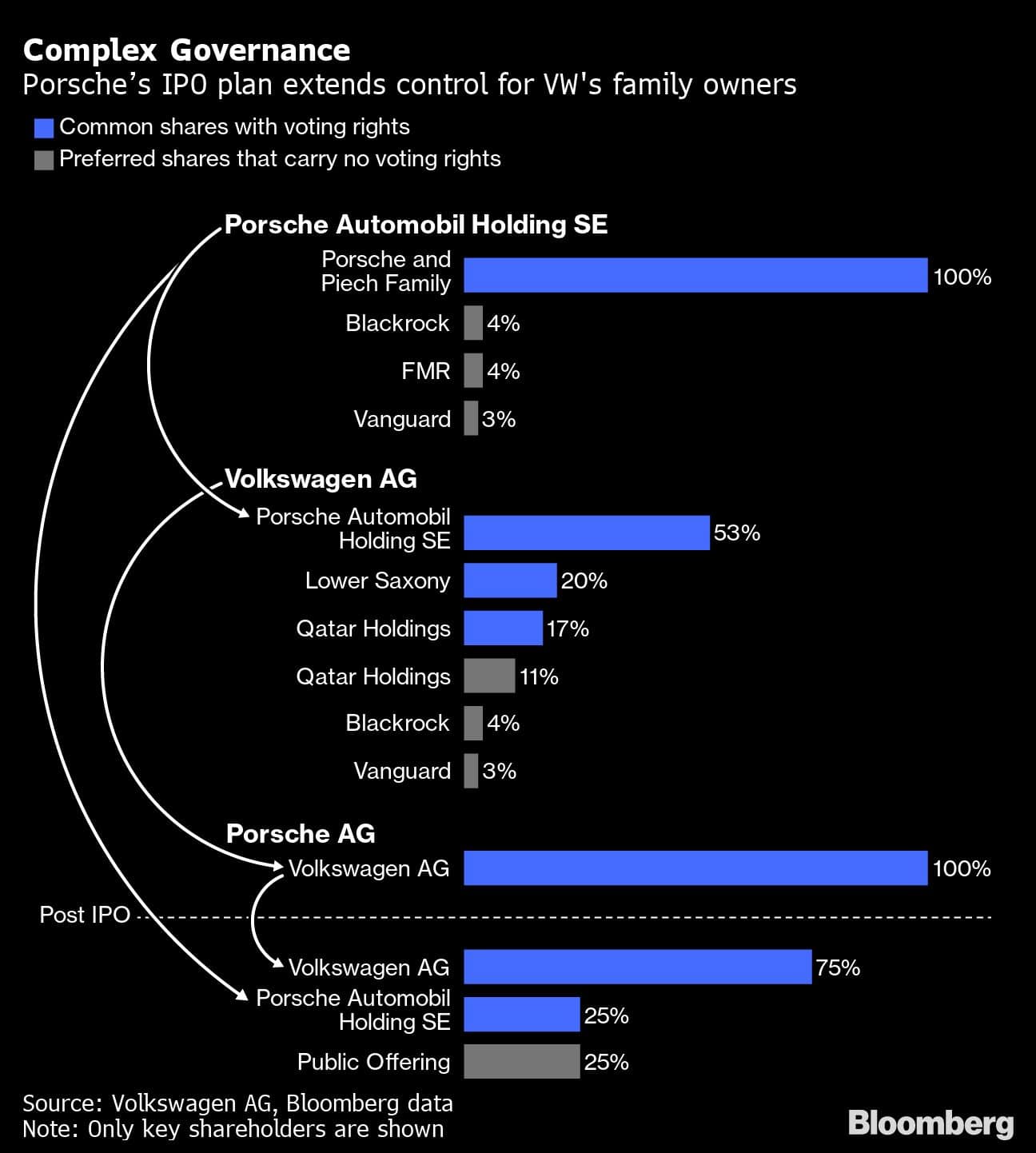 VW plans to add more banks to the deal, according to the people. PJT Partners Inc. is advising the billionaire Porsche and Piech families who control their holding company Porsche Automobil Holding SE, the people said. JPMorgan -- alongside its role at Volkswagen on the IPO -- has been helping the family holding company as well.

Representatives for VW and the banks declined to comment.

Europe’s largest automaker is planning a listing of a minority stake in Porsche, one of its most coveted assets, in the fourth quarter to help finance the industry’s biggest push into electric cars and boost its valuation. If VW goes ahead as currently planned, the IPO would allow the Porsche and Piech family to claw back direct influence in what used to be their family enterprise.

VW has earmarked 89 billion euros in spending on technologies like software and electric cars through 2026, and the separation of Porsche could offer new funding options for the group. VW largely relies on generating enough cash on its own or issue bonds as its convoluted shareholder structure limits options to raise fresh equity capital.

A listing would revive an otherwise anemic market for IPOs, which have plummeted in the first quarter as volatility stoked by the war in Ukraine and soaring inflation puts investors on edge. Preparations for the listing are continuing, though negative implications because of the conflict cannot be ruled out, Porsche SE Chief Financial Officer Johannes Lattwein said Tuesday.

VW’s track record on major structural changes is mixed, even as the group has long sought to simplify its sprawling setup. A listing of Traton SE, VW’s truckmaking unit, struggled to gain traction amid internal ructions and a limited free float, while a push to separate the Lamborghini supercar and Ducati motorcycle brands failed.

A listing of the maker of the iconic 911 and electric Taycan could see the brand try to emulate the success of Ferrari NV, which was separated from Fiat Chrysler to reach a valuation more akin to luxury fashion brand Hermes International. Ferrari’s enterprise value trades at more than 22 times earnings before interest, tax and amortization for this year. This compares to a multiple of just 1.8 for Volkswagen.