As a part of its Price and Earning 2018 Report, UBS gauged 77 cities around the world on the basis of various criteria which included average working hours.

The university is accepting applications for the project till September 15, 2020, and the grant will be awarded to those who qualify by January 2021

An average employee in Mumbai works 3,315 hours a year — the highest in the world, according to a study by Swiss investment bank UBS.

As a part of its Price and Earning 2018 Report, UBS gauged 77 cities around the world on the basis of various criteria, which included average working hours.

The report concluded that employees work for the longest hours in Mumbai followed by Hanoi, Mexico City and New Delhi. On the other end of the continuum were counties such as Lagos, Rome and Copenhagen where employees worked for the least number of hours. 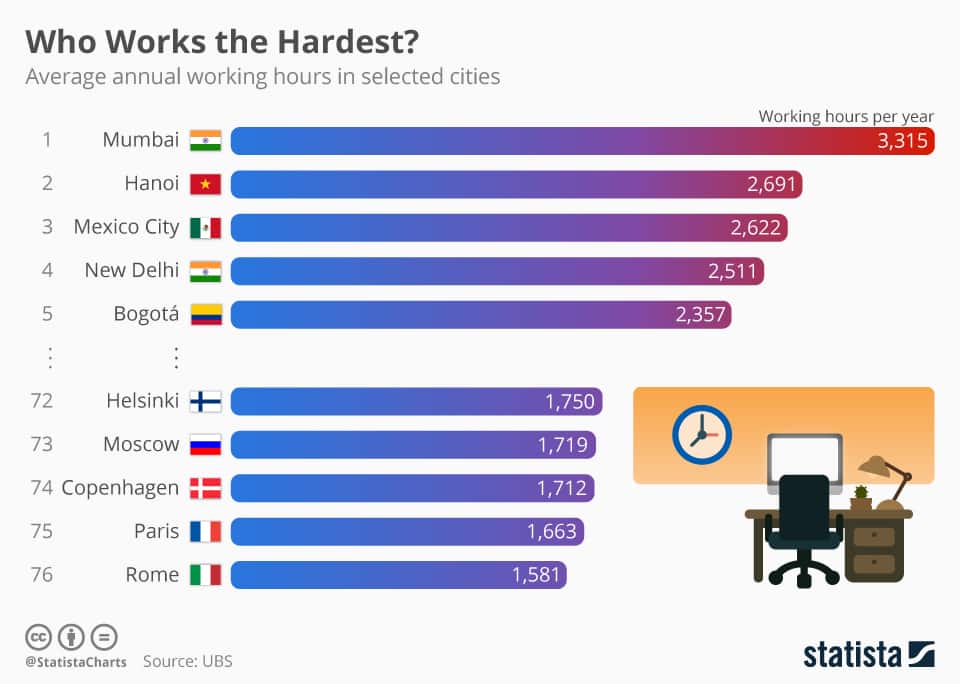 To add to the woes, employees working in Mumbai took the fewest number of days for vacation — an average of 10 days in a year. On the other hand, Riyadh topped the list where employees take the maximum number of vacation days — 37 days a year.

Interestingly, the report also suggests that an employee in Mumbai will have to work for a good 900 hours to afford an iPhone X — the second highest in the list after Cairo.

Findings of another study by OECD (Organisation for Economic Cooperation and Development) have suggested that Turkey has the maximum share of employees that work for 60 hours or more in a week. While the top of the index has been majorly occupied by Asian countries, including Japan where deaths due to work stress have been reported; Sweden has the least share of employees who work more than 60 hours a week. 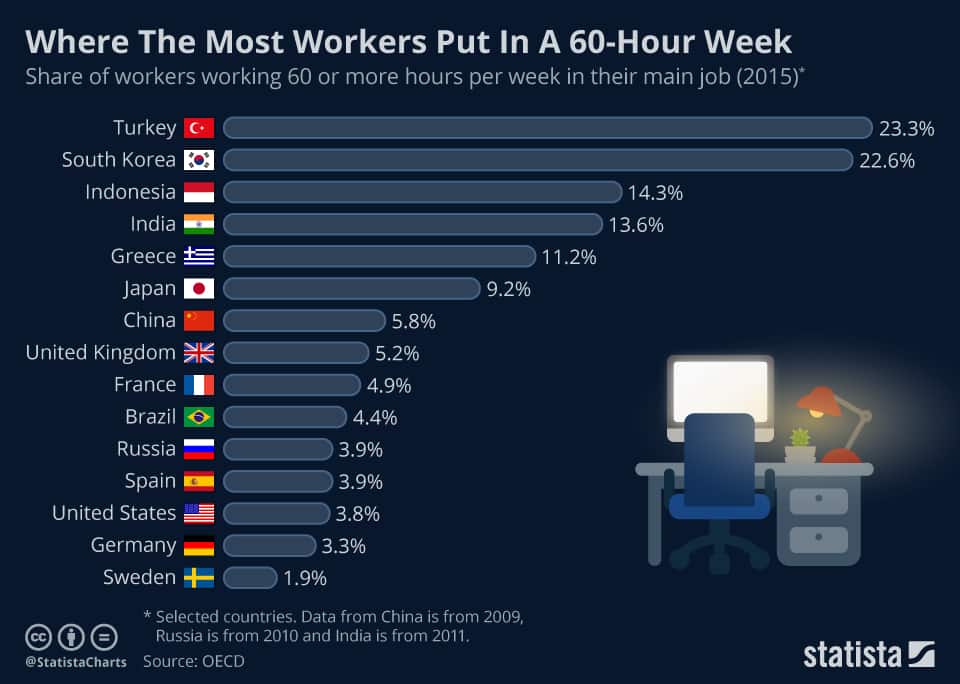 And, it is the Nordic nations again which feature in the index of the countries with best work-life balance. The primary aspect to work-life balance is an optimum number of hours spent at work, and the Netherlands with only 0.5 percent employees spending more than 50 hours or more per week, has topped the chart. Meanwhile, Turkey topped the charts for the countries with the worst work-life balance, followed by Mexico and Israel.