The Last 2 Hours of a Long Train Journey

As the train dawdles towards the end, travelers take stock of India's pet social experiment in their own little ways.

People stretch, scratch and fart, longing for a wholesome meal after having watery chicken and stale samosas for the last several hours.

Some hold back on going for a shit, hoping to do it in a cleaner place, on a leisurely english toilet seat with jet spray!

Honeymoon couples are unable to keep their hands off each other realising opportunity for coitus is now just around the corner. 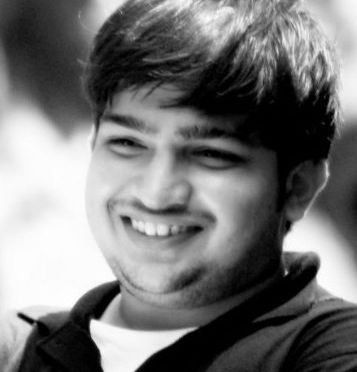 Passengers from 10 compartments crowd around that solitary working plug point. They fight over every tiny bit of charge the point has to offer for their dying phones.

All this while, the heavy duty Karbonn and Gionee guys smirk at them while playing a song from Aaashiqui (Nazar Ke Saamne) or Dilwale (Jeeta Tha Jiske Liye) on full volume.

Kids finally sleep as the initial excitement of a train ride gave way to crankiness at the lack of space and hygiene, which gave way to boredom and tiredness.

Brothers-by-berth sit and bitch about the destination city. The native abuses the local MLA, the visitor abuses the natives' sense of hygiene.

People doing up-down over short distances climb into the reserved class and scoot into tiny nook and crannies you didn't know your legs hadn't covered on your berth, no questions asked.

Old couples pack early, get all set to get off way before time and then the husband looks keenly out the window at the stations passing by, stating the exact remaining time on the basis of his wide experience, while the wife looks on with indifference at her husband's attempt to sound cool.

People around the old man argue vociferously over whether the destination is 95 mins away or 94 mins, accounting for known stoppages, accompanying important trains, etc.

The over excited teenager who got off at every station to bring something tasty for the family is now lost in his phone, listening to music and praying the GPRS comes back soon enough. Maybe Priya would have Whatsapped!

Single men become restless and keep peering at the watch every minute to check when they can finally smoke without fear of being caught.

People clean out their surroundings and hurl the remains onto the tracks. If it's 3 tier AC, there might be a dustbin. Still, the IRCTC guy will do the same thing with the dustbin - hurl it onto the tracks. As usual, people in the upper class get the job done in a classier way.

People go into the dirty washroom to wipe 30 hours of sleeper class Indian railways off them and dress up in a suit or a uniform or a dress for the immediate interview or meeting or performance.

The scavengers get busy. Under the pretext of wiping the compartment clean, they pick up every forgotten boot, bag and biscuit.

And then whether it's Mumbai or Varanasi or Puri or Kochi or Delhi or Bhuj or Chennai or Bolpur, there is no guarantee anybody's prediction will turn out to be accurate. The train could be 2 hours away, and yet you could reach in 3 hours or 5 hours or 7 hours or tomorrow or not at all!

And you scowl and shrug and spit, and get on with life from wherever the train got you.
Tags: #Gionee #India #IRCTC #Karbonn #TRAIN #Travel
first published: Nov 17, 2015 07:41 pm