More booze than food on the menu, roomy yet intimate - Tesouro Goa is India's best bar for a reason

I’m not sure when I’ll be in Goa next, but I’m pretty certain that a visit to Bar Tesouro will on the agenda along with leisurely two-wheeler rides past sun-splashed churches and mackerel recheado and rice.

You might like a particular bar for reasons entirely different from mine, but Tesouro has its fundamentals in place. Its menu has way more booze—lots of it, of all kinds—than food; it manages to be both roomy and intimate; and it’s got comfortable chairs and high stools. The Goan-Portuguese flooring, the al fresco area, and gracefully ageing turquoise blue bar counter, inherited from the previous owner of the property, impart a neighbourhood-bar feel to Tesouro and root it firmly in its cultural context.

The bartenders are both domain experts and attentive listeners, eager to talk about flavours and new launches, and generous with complimentary pours of spirits one is curious about. Tesouro has several intriguing cocktails, but the breakaway hit is the Midnight Brekkie, a perfectly calibrated concoction featuring  peanut butter-washed gin, strawberry puree, watermelon juice, vermouth, and malic acid. Loyal customers are known to pre-order the drink and purchase bottles to take back home. 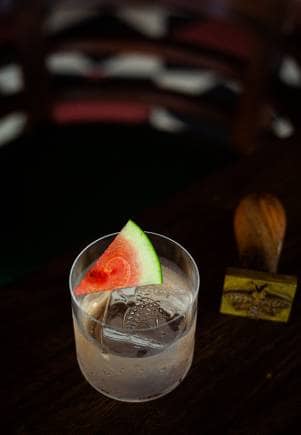 “They have nailed it in terms of ambience, consistency, and classic and experimental cocktails. It’s become, like, the Basilica of Bom Jesus for enthusiasts,” says Kimberly Pereira, who was part of the 30 Best Bars India jury and is brand ambassador for the agave spirit Pistola, which is produced in Goa.

In April this year, the bar, located in Colva, in south Goa, was ranked India’s Best Bar for 2021 by 30 Best Bars India, a bar ranking and awards platform, and towards the end of that month, it slotted in at number 4 in Asia’s 50 Best Bars 2022 ranking. Tesouro is the only bar in the top 10 not based in a major Asian city.

Veteran bartenders Arijit Bose and Pankaj Balachandran opened Tesouro in late 2021 along with Donovan Vaz, restaurateur and scion of a south Goa-based liquor distribution family. There were several things the trio was adamant about when conceptualising Tesouro, says Bose. “We wanted to create an environment dedicated to the appreciation of cocktails and fine spirits. We would make great food, but not a hundred different kinds; because the moment that happens, it would become a dinner place that would have drawn in families and kids, which needs a very different set-up. And no live music either,” says Bose. 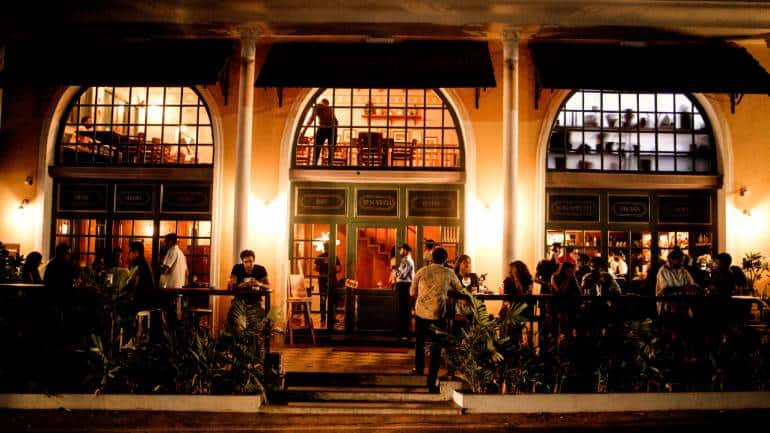 Tesouro was supposed to be a bar where people, in south Goa, could come in — “even for one drink” — three to four times a week instead of driving all the way to North Goa. “We wanted to be a part of the community here, a neighbourhood bar where you would find the same service, same hospitality, and same environment regardless of when you visit it,” says Bose who particularly remembers a piece of advice he received when he was picking friends’ and peers’ brains before the bar’s launch. “My friend Daniele Dalla Pola (mixologist and entrepreneur) said that if a lady were to come alone to the bar, she should have a good time. And that means everything from the time they get out of the car to how the whole floor staff and bartenders interact with them is important in ensuring that women feel both comfortable and safe here .”

Bose also feels that India has never been as conducive to the evolution of the cocktail bar scene as it is now. “Over the last seven years, we have built a much more robust ecosystem that ensures you have the right ingredients for a great cocktail bar experience. For example, we have a company that helped us build an ergonomic bar; architects that can think more about operations and less about how beautiful something would look. Like, a 7-foot high shelf with bottles and all might look cool, but the average Indian cannot reach it,” says Bose.

Tesouro’s founders are also particular about another thing: the closing time. “We tell our team to talk as equals with customers, and not do this whole “yes, sir; yes, ma’am thing’. Even when you tell people to leave the restaurant, it has to be done properly,” says Bose. So, our closing song is ‘Get the F**k Out’. Initially, some people got offended, but now all the guests sing along, as they prepare to leave.”
Murali K Menon works on content strategy at HaymarketSAC.
Tags: #Bar #Bar Tesouro Goa #MC Travel Special #Tesouro
first published: Jun 19, 2022 06:53 pm