Raja Ravi Varma and Manu Pillai go back a long way. Ravi Varma, considered India’s first Modern painter, has been a part of the historian and author’s research from the time he was working on his first book, The Ivory Throne (2016). “He was grandfather to the book’s protagonists,” says Pillai. “While I knew who he was, it was on a visit to members of the Travancore family that I saw an extraordinary portrait by him of his mother-in-law. It was nothing like his usual pictures: this was not a fair-skinned, docile beauty. The lady had bloodshot eyes, dark skin, and radiated such personality, as if she were interrogating the viewer, not the other way around.”

In his latest book, False Allies: Indian Maharajas in the Age of Ravi Varma, in which Pillai seeks to shatter misconceptions about India’s princes as indolent, profligate despots and imperial sycophants, Ravi Varma “pulls together the narrative, though he is not the story.” 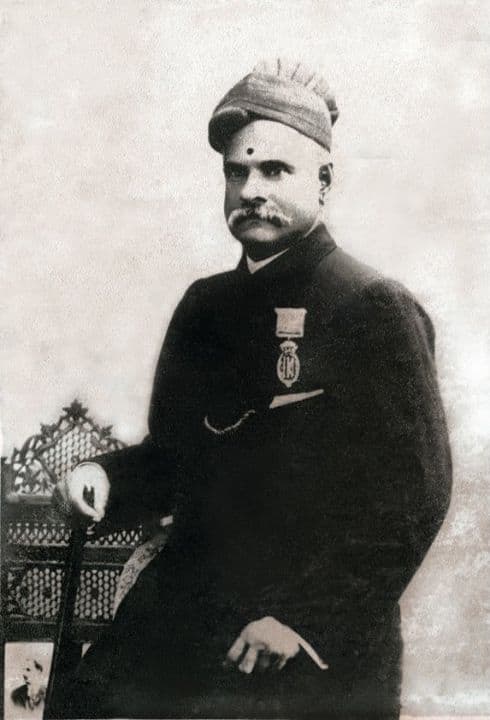 “I have used Ravi Varma to select and study five princely states. He travelled to and worked in these states, and hence serves as the common thread in each chapter,” says Pillai.

The engaging, deeply researched story that False Allies tells is of progressive rulers who funded nationalists, backed industrialisation, and defied the British at every available opportunity. These rulers included Krishnaraja Wadiyar III of Mysore and Sayaji Rao Gaekwad of Baroda, among others. Edited excerpts from an interview with the author.

How did the maharajas featured in your book view nationalism and identity?

A good number of them were thrilled with the pressure nationalists put on the British. Of course, when the same pressure was applied on them in the 1930s, the relationship with Congress soured. But even so, there were rulers willing to see the big picture. As early as the 1880s, a Travancore maharajah spoke of the end of British rule with Indians governing themselves; in the first decade of the 20th century, the Bikaner ruler spoke of self-government, and of the ‘democratic element in British India’ working in a ‘complementary’ fashion with the princes—he saw the country as one whole, even if there would be both royal states and democratic units. And Baroda went so far as to state that if India were to become a nation, the princely states would have to go. Of course, there were also maharajahs who were against this—such as Patiala—but then again, when Congress was founded, the United India Patriotic Association also made an appearance, pledging loyalty to the queen and pointedly declaring itself against democracy. The fact is that nationalism had to be constructed in India—and several princes were part of that conversation.

Part of your research for the book included tracking down a royal tutor's diaries from the 1920s. Could you please tell us a bit more about your hunt for it?

This was something I was looking for from around 2013. I wanted to see how the tutor had recorded his relationship with his princely ward because such equations—a white man tutoring a brown royal—included issues of race, prejudice, and much else. The prince in question was Ravi Varma’s great-grandson—the last Travancore maharajah—and it took me an age to track the diaries down. Some time in 2016, quite by accident at a dinner, I saw images of it on a friend’s iPad—they connected me to the owner, who kindly granted access. I was finally able to use that material in False Allies.

As recently as 2016, the movement for a separate state of Greater Cooch Behar had protesters carrying photographs of Nripendra Narayan, the erstwhile king of Cooch Behar. How strong are these monarchical echoes in modern day India?

I don’t see monarchy as coming back but there is an emotional appeal, which is why several royal descendants are in active politics. Besides, we do have dynasties in multiple parties. But yes, in a few instances of resistance against the Indian state, people have resurrected the idea of the king. Nandini Sundar has an interesting example of this in her book on Bastar, Subalterns and Sovereigns: An Anthropological History of Bastar, 1854-1996. People who once rebelled against the royals used the same royal family as a uniting principle in postcolonial India.

Which of the maharajas, according to you, best dealt with the British?

None of them did as they were told; they all resisted in different degrees. The one man who was highly vocal was Sayajirao Gaekwad of Baroda. After he was threatened with deposition 30 years into his reign, he became more diplomatic. But he never ceased to criticise the Raj, and they never trusted him. He was, as one viceroy put it, a ‘patron of sedition’.