Will India be joining the world’s most exclusive intelligence club?

The so-called ‘Five Eyes’ club led by the United States is the most sophisticated intelligence-gathering alliance in human history. Efforts are gathering to induct India into it.

From high in the stratosphere, some 20,000 metres above the Caribbean Sea, the unblinking eye of a technological god gazed out over the rice fields of Los Palacios, west of Havana. The images from the U2 spycraft’s Hycon 73B camera, taken on October 14, 1962, recorded a Soviet military convoy passing down a road. Then, analysts hunched over a light table in the Stuart Building in downtown Washington noticed something else: six SS4 medium-range ballistic missiles, capable of delivering nuclear warheads deep inside the United States.

“We are sitting on the biggest story of our time”, National Photo Interpretation Centre chief Arthur Lundahl told his staff. Within hours, the image took the world to the edge of a nuclear war—and then helped it back again.

Efforts are now gathering to place India inside the so-called ‘Five Eyes’ club led by the United States, the most sophisticated intelligence-gathering alliance in human history. In language drafted by Senator Ruben Gallego, chairman of the House Armed Services subcommittee on special operations and intelligence, the United States’ defence authorisation bill for 2022 has called on the Director of National Intelligence to report on the benefits and risks of expanding “the circle of trust to other like-minded democracies”.

This means Five Eyes could include Japan, South Korea and India, as well as European partners critical to fighting what some believe is a looming Cold War against China. Ever since at least 2015, the United States and India have discussed tightening their intelligence relationship, even some kind of associate membership of the Five Eyes. The bill’s language suggests the idea is gathering traction.

In principle, Five Eyes membership will give India the support it desperately needs to push back against the People’s Liberation Army’s massive military power: New Delhi’s ability to harvest and decrypt Chinese strategic communication, as well as its pool of language and regional expertise, has long been anaemic. Like all deals, though, this one involves hidden terms and conditions—some of them less than attractive.

Five Eyes had its genesis in intelligence-sharing between the United States and United Kingdom in the Second World War, which expanded into a formal alliance by 1955, involving the English-speaking democracies. Listening stations run by five countries across the world, supplemented from the 1970s by satellites, allowed their intelligence services to suck up virtually all electronic communication from around the planet. For example, part of the inter-city microwave signals carrying phone traffic went into space, because of the curvature of the earth.

The scale of Five Eyes' operations began to become public from the 1990s, based on disclosures made by New Zealand's Nicky Hager, American James Bamford, and British journalist Duncan Campbell. Fears mounted that member-states might use the alliance to conduct espionage against their own citizens, as well as to further their commercial interests.

In 2000 and 2001, the European Parliament released reports suggesting the fears were well founded. The furore forced former Central Intelligence Agency (CIA) director James Woolsey to admit that the United States did conduct espionage in Europe, both targeting entities violating international sanctions and paying bribes to gain contracts. He claimed commercial and economic intelligence of this kind was not passed on to companies in the United States.

Fred Stock, a former Canadian intelligence officer, earlier gave testimony that suggested Woolsey was, at best, telling part of the truth. Stock said he had been expelled from his service in 1993 for criticising its targeting of economic and civilian targets—among them, information on negotiations of the North American Free Trade Agreement, Chinese grain purchases, and French weapons sales.

Evidence also emerged that the National Security Agency (NSA) spied on United States targets—though not on its own soil, thus bypassing national legislation. Margaret Newsham, who worked at Five Eyes’ Menwith Hill facility in the United Kingdom from 1977 to 1981, testified that conversations involving the late Senator Strom Thurmond had been intercepted. The technology to target conversations involving particular people, she said, had existed from 1978.

Newsham’s revelations seemed to buttress what many had long suspected—which is that the Five Eyes agreement allowed the United States and the United Kingdom to spy on their own citizens, by the simple expedient of subcontracting the task to their alliance partner.

The massive scale of Five Eyes' operations across the world and their ability to penetrate even well-defended computer networks were underlined by former United States NSA officer Edward Snowden’s 2013 revelations. The Snowden leak demonstrated that large-scale electronic surveillance compromised the privacy rights of even the citizens of Five Eyes partners. 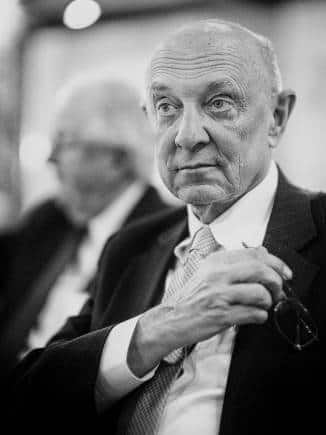 Leaving aside privacy issues, though, do the national-security benefits of Five Eyes membership outweigh its risks? The answer isn’t as obvious as it seems. For one, surveillance technology can potentially be used by vendors against suppliers. For decades, countries across the world—including India, Pakistan and Iran—purchased encrypted communications equipment from Swiss firm CryptoAG.  In 2015, though, declassified NSA documents showed the firm, which was secretly owned by the CIA and Germany’s BND, designed encryption algorithms which allowed their intelligence services to listen-in to the traffic.

The CIA was thus able to monitor Iran’s Ayatollahs during the 1979 revolution, crisis, pass on Argentinian military communications to the United Kingdom during the Falklands War, and discover evidence that Libyan officials had been responsible for a terrorist bombing in Berlin.

Likely, the United States was also able to listen-in to significant parts of Indian and Pakistani communications-intelligence traffic—though the available archive of declassified documentation does not suggest either country’s nuclear and military programmes were affected. The United States had begun to supply the Research and Analysis Wing's Aviation Research Centre equipment to spy on China's nuclear programme and naval assets from 1962; no one knows for certain what might have been compromised.

Also read: Is the new Australia-UK-US alliance a geopolitical revolution, or a PR gimmick?

Five Eyes’ partner states understand these dilemmas; countries like Australia, Canada and New Zealand have concluded that their strategic interests are best served even at the risk of their own secrecy being compromised. New Delhi and/or Tokyo might come to the same conclusion—but the decision will have to be weighed carefully.

The second problem with Five Eyes membership has to do with what scholar Kristie Macrakis has described as the intelligence community’s “technophilic hubris”. Even though the United States spent an estimated 70% of its gargantuan intelligence budget on technological means, Macrakis has demonstrated that the Soviet Union achieved more using old-fashioned human espionage.  Soviet intelligence services were able to recruit spies in the heart of the United States’ nuclear weapons programme, as well as its communications intelligence technologies and operations.

In one famous case, the CIA burrowed a tunnel under Berlin, to listen to Soviet phone communications. From the time plans began in 1953, the tunnel had already been betrayed to the Soviets through the British double-agent, George Blake.  The Soviets fed misleading communications through the network, deceiving their opponents.

Even the famous U2 images that led to exposure of the Soviet Union’s nuclear missiles in Cuba were only generated because of intelligence provided by Oleg Penkovsky, a military intelligence officer in Moscow who passed on information on the intermediate-range ballistic missiles to the United States. Lacking that information, photo-interpretation experts would likely not have recognised the facilities near Moscow.

The lesson isn’t that intelligence technology isn’t useful—just that it has limitations. Even as India thinks through the prospects and perils of joining Five Eyes, it needs to be working harder on addressing the chronic deficits that plague its own intelligence community. These include shortfalls in the number of personnel recruited to its intelligence services, lack of language and regional expertise, poor technology staffing, and outdated curricula and training practices.

For 2019-20, for example, the government committed funding of Rs 2,575 crore for the Intelligence Bureau, less than a third of the Rs 7,497 allocated for the Delhi Police alone. A tiny fraction of that sum—Rs 83.5 crore—will be available for capital investments. The Intelligence Bureau’s means are in stark contrast to those of major intelligence agencies in the West; the Federal Bureau of Investigations, with a far narrower role, has sought $9.6 billion in funding for the 2020 financial year.

In 2013, Parliament was informed that some 8,000 positions in the Intelligence Bureau were unﬁlled, out of a sanctioned staff strength of 26,867. Things have not significantly changed. Although precise numbers are hard to estimate, of some 30-odd Joint Director-level officials—the critical level of senior executive authority—only nine operate in national-security domains like counter-terrorism.

Experts have long understood these problems. As the highly regarded bureaucrat N.N. Vohra has noted, there is also “no mechanism to assess the productivity of our two apex intelligence agencies”. In one article, now-National Security Adviser Ajit Doval called for debate to shape “new doctrines, suggest structural changes, aim at optimisation of resources and examine administrative and legislative changes required for the empowerment of intelligence agencies”.