The phone will be released on August 15 at a price of Rs 2,999 preceded by a 'Monsoon Hungama' where customers will be able to exchange their old JioPhones.

Amid a number of announcements at the 41st Annual General Meeting of Reliance Industries, Akash Ambani and Isha Ambani, Board of Directors of Reliance Jio Infocomm and Reliance Retail announced the second, much-advanced edition of the JioPhone - the JioPhone 2.

The phone, priced Rs 2,999, is slated to be released on August 15 and will contain ‘advanced features’ compared to its predecessor, the JioPhone.

Mukesh Ambani also unveiled the JioPhone Monsoon Hungama offer which will start from July 21. Under this, existing customers can replace their old JioPhones to get a new JioPhone (launched in 2017) for just Rs 501.

The specs on the JioPhone 2 still place it as a slightly advanced feature phone. 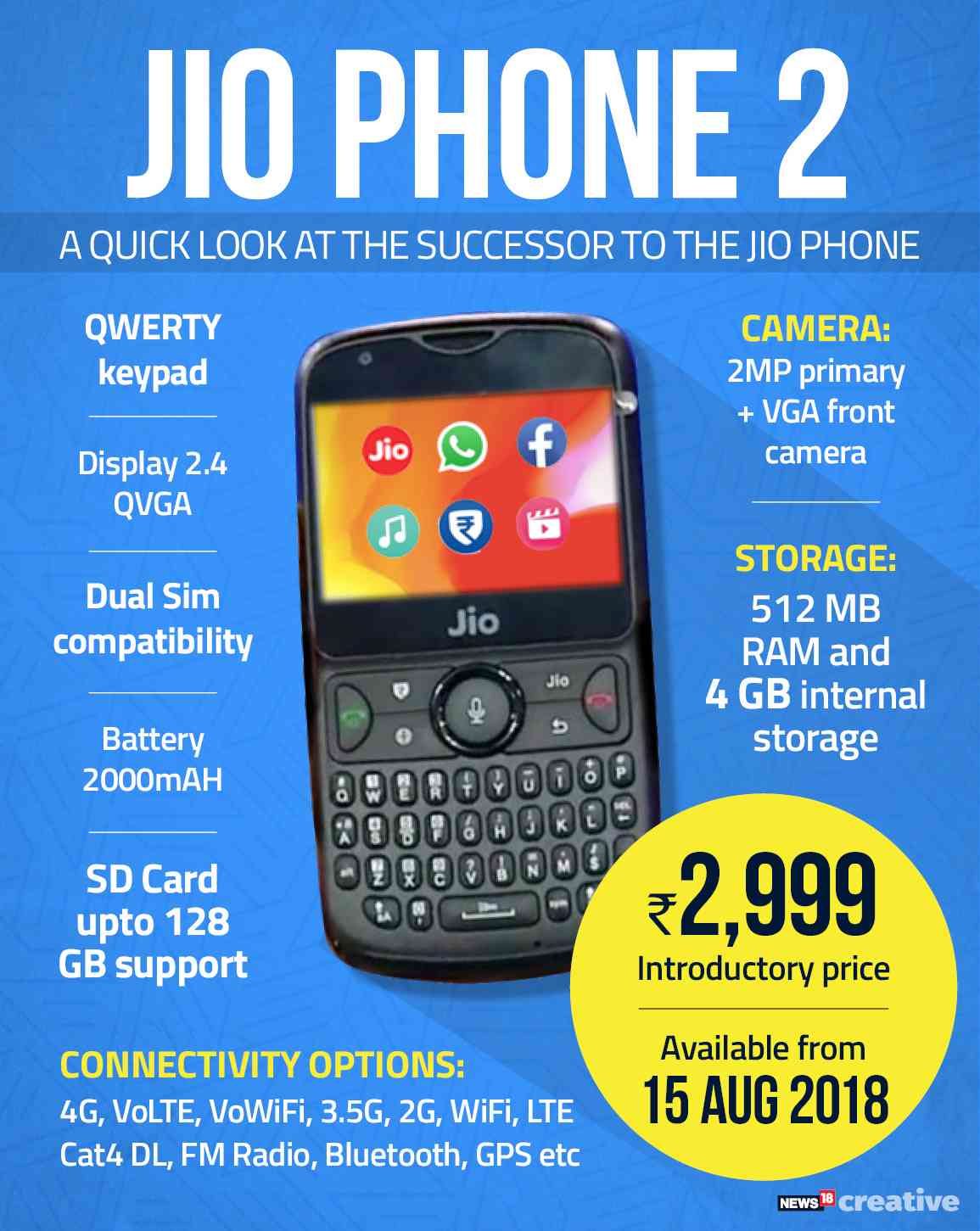 The JioPhone 2 will have a 512 MB RAM and 4 GB of storage space with expandable storage support of 128 GB. The phone will run on KaiOS and it will carry a battery of 2000 mAH.

The new phone supports dual SIMs and has 4G and VoLTE support.

Akash Ambani said that the JioPhone 2 users will be able to use YouTube, Facebook and WhatsApp apps which will be specially designed for the device. All apps will be fully voice-command-compatible and will work as well as they do on other Android and iOS devices.