How to enable G-Sync on any FreeSync or VESA Adaptive Sync monitor?

Nvidia first announced FreeSync support on GeForce Pascal and Turing based cards during CES 2019. The move was aimed at letting Nvidia GPU owners use adaptive sync with a wide range of FreeSync monitors.

However, ‘wide range’ might seem a bit far-fetched, considering Nvidia had said only 12 out 400 monitors tested would be supported. But this isn’t entirely true as there are four tiers of Nvidia’s support for adaptive sync displays.

Standard G-Sync monitors have been around for years. These adaptive sync monitors include a G-Sync module and work exclusively with Nvidia GPUs. They also demand a higher price tag than their FreeSync counterparts.

The fourth tier lets you use any FreeSync or VESA Adaptive Sync monitor with an Nvidia GPU. This can be achieved via a toggle in the Nvidia Control Panel. According to Nvidia, this is for VRR monitors that are yet to be G-Sync compatible, and there’s no certainty that it will work. However, in reality, every adaptive sync monitor is now supported. All users have to do is enable the toggle. 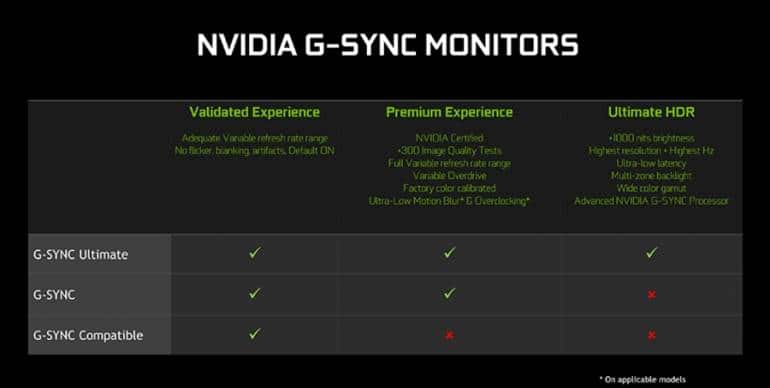 Enable G-Sync on your FreeSync monitor using these steps –

It’s not the Technology; It’s the Monitor

Well, that isn’t down to an issue with AMD's FreeSync or the VESA Adaptive Sync technology; instead, it’s down to the monitor manufacturers making bad products. If you book a monitor that flickers or has blanking issues, we’d recommend you return it immediately.
Invite your friends and family to sign up for MC Tech 3, our daily newsletter that breaks down the biggest tech and startup stories of the day
Carlsen Martin
Tags: #gaming #Technology
first published: Mar 14, 2019 03:37 pm