Access Selected Content from
Financial Times on Moneycontrol Pro
Webinar :Register now for webinar on 'Trade BankNifty in just 15 minutes a day' - By Asmita Patel
you are here: HomeNewsPolitics

The BJP’s Mission 123 is a plan aimed at winning as many seats as possible in the 123 Lok Sabha seats that the party could not win in 2014 despite the ‘Modi wave’.

Prime Minister Narendra Modi and the Bharatiya Janata Party (BJP) are making big plans to win back the people’s support by employing a mix of mantras after the recent defeat in the Hindi-heartland states of Madhya Pradesh, Chhattisgarh and Rajasthan.

Starting with Modi’s interview to news agency ANI on January 1, which is intended to project a re-energised and determined PM, these plans envisage new ways to win over the floating voters of the BJP as well as retain its core voters whose enthusiasm appeared to have slackened. If Modi’s interview showed an evolving PM who is alive to criticism against him, the BJP’s plans on the ground are aimed at voters in different states.

There is an admission in this strategy that Modi and the BJP have very little time for making major announcement to woo voters. Nevertheless, top party leaders want to inject correctives and present a more responsive leadership even if Modi is still seen as the favourite for the top job. 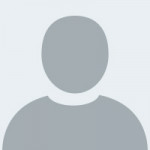 The Election Commission of India (ECI) is likely to announce the dates for the Lok Sabha elections by the first week of March. That, in effect, means Modi has not more than 50 days left to usher in new initiatives before the model code of conduct kicks in. (In 2014, the ECI announced the poll dates on March 5.)

Given things as it stands now, it has to be seen how the BJP will replicate its 2014 success this time in the north, west and central India.

In Uttar Pradesh, which sends 80 lawmakers to Parliament, the BJP won 71 seats in 2014 — keeping up that tally this time will be an uphill task. There are indications of a regional alliance between the Bahujan Samaj Party (BSP) and the Samajwadi Party (SP), which could cost the BJP about 15-20 seats.

In addition to this projected loss, the BJP is also expected to be on the back foot in the three Hindi heartland states it lost in December. Based on data extrapolated from the assembly poll results, the BJP could lose up to 32 of the 62 Parliament seats it won in 2014 in Rajasthan, Madhya Pradesh and Chhattisgarh. The party will look to limit the loss to 10-15 seats.

The BJP’s ‘Mission 123’ must been seen from this angle. Mission 123 is a plan aimed at winning as many seats as possible in the 123 Lok Sabha seats that the BJP could not win in 2014 despite the ‘Modi wave’. Last year the BJP categorised these 123 seats into 25 clusters with one leader in charge of a cluster. Now the focus has shifted from the clusters to the booth level — a Modi-Shah strategy that has reaped rewards for the BJP in the past four-and-a-half years in various assembly polls.

West Bengal, with 42 Parliament seats, presents a huge potential for the BJP though the odds are stacked against it by Mamata Banerjee’s Trinamool Congress (TMC). That said, the saffron party remains buoyed especially after its performance in the last panchayat polls, despite the ruling party’s using strong-arm tactics.

While Banerjee is confident that the TMC will win about 35 of the 42 seats going to the polls this summer, BJP strategists are eyeing 26-28 of the seats. Currently, the BJP has two Lok Sabha seats — Asansol and Darjeeling — in West Bengal.

Assam, along with the entire Northeast, accounts for 25 Lok Sabha seats. In 2014, the BJP won eight of the 25 seats. In the upcoming general elections the BJP is targeting 18 to 21 seats from the region.

Of these three states Odisha poses the greatest challenge for the BJP because Chief Minister Naveen Patnaik and his Biju Janata Dal (BJD) is a potential ally in a post-poll scenario. Odisha is also one of the few states that will have its assembly polls along with the Lok Sabha elections. At present the BJP has 10 MLAs and one Lok Sabha MP in Odisha.

Even though Patnaik broke ties with the NDA in 2009, the BJP has been unable to get back its original organisational strength in Odisha to become a political alternative.

The BJP is also strategising to once again reach out to specific groups of voters, such as women, Scheduled Castes, Scheduled Tribes, and the youth. This is despite pressure from within the party to do something to win back the upper caste, who appear to have moved away in the Hindi heartland states.

The BJP’s youth wing has a 14-point programme aimed at winning support from first-time voters. It will launch a ‘Nation with NaMo’ volunteer network from January 12 to raise a team of young voters willing to work for the party.

A lot of these plans will crystallise when 15,000 leaders of the party assemble for the BJP national council meeting on January 11 and 12.

The BJP is gathering momentum as the general elections are round the corner. Soon the other parties will also get into action and this promises the next 100 days to be a politically packed thriller.