Upcoming Webinar:Moneycontrol Pro in association with Quants League Sep'21 Edition brings to you to 5-Days Live Algorithmic Options Trading Virtual Conference. Register Now!
you are here: HomeNewsPolitics
The Punjab Congress drama, though defined by the public spat between CM Captain Amarinder Singh and Navjot Singh Sidhu, is considered by analysts to be a veiled confrontation between the party high command and the 'old guard'
Updated : July 23, 2021 / 04:23 PM IST

Celebrity-politician Navjot Singh Sidhu, a former cricket star, emerged from temporary political oblivion in March this year, nearly 20 months after his exit from the Punjab government.

He was expected to be re-inducted in the state Cabinet as a sign of thaw between him and Chief Minister Captain Amarinder Singh. But Sidhu's goal, as it turned out to be, was to become the 'Captain' of Congress in Punjab.

With his elevation as Punjab Pradesh Congress Committee (PCC) chief, Sidhu has apparently taken a 1-0 lead over the redoubtable Amarinder Singh in a battle that may continue till the end of the 2022 assembly polls.

With the Congress high command on his side, many within the party consider Sidhu to be the new rising sun of Punjab politics.

This was reflected in the gathering of 62 party MLAs in Amritsar on July 21 on Sidhu's invite, despite Amarinder Singh’s insistence on a public apology from his bete noir for the latter’s remarks against his government over the past few weeks.

Although the Punjab CM has decided to relent and accept Sidhu as the PCC president, the crisis is considered to be far from over.

With the state opposition in disarray, the run-up to Punjab assembly polls may increasingly appear as a Congress versus Congress contest — with Sidhu and Amarinder Singh heading the respective factions, suggest experts. 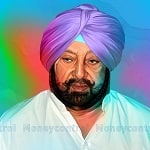 The options before Amarinder Singh, outside the Congress fold, are nearly exhausted as age is not on his side. This is the major reason why he accepted the "humiliation" of acknowledging his critic Sidhu as the party's state unit chief, political analyst Ravi Srivastava told Moneycontrol.

"Captain, at the age of 79, has almost lost his political steam. At this time, even if he revolts, he would not be able to find a leading space in any other political party. He is also not in a position to form his own party. Therefore, he accepted the humiliation with humility," he adds.

Most MLAs siding with Sidhu, and the high command appointing four working presidents of the Punjab Congress without Amarinder’s approval, further shows his diminished stature within the party.

Notably, the four working presidents include Sangat Singh Gilzian, an OBC (other backward caste) leader of the party who is known for his vocal criticism of the chief minister. The three other appointees are Sukhwinder Singh Danny, Kuljit Singh Nagra and Pawan Goel. Battle over ticket distribution to be intense

The period of ticket distribution will be precarious for the Congress, as a multi-cornered battle is expected to emerge over the allotment of seats.

The chances of Amarinder Singh being retained as the chief minister in case of a Congress victory depends upon the number of his loyalists being elected to the assembly.

A high possibility exists that Captain may be told by the high command that his time is up, suggests Professor Ashutosh Kumar, the chairperson of Department of Political Science at Panjab University.

But even on his way out, Amarinder Singh would put up a stringent fight to secure tickets for his loyalists, he told Moneycontrol.

"I think the Captain would be asked to go. He knows it. So as its antidote, he would like to secure tickets for his close aides. But the high command, along with Sidhu and the four working presidents would come in the Captain's way," Kumar said.

Sidhu would certainly not want to issue tickets to the chief minister's loyalists, the expert further said, adding, "Sidhu will go all the way in this rivalry. The crisis won't get resolved as the enmity, by now, runs too deep."

But the confrontation over ticket distribution would not be restricted to Sidhu versus Captain. With the declining political clout of Amarinder Singh, some of the side-lined stakeholders of Punjab Congress, including former PCC chief Partap Singh Bajwa, are expected to mark their return into the scheme of things. 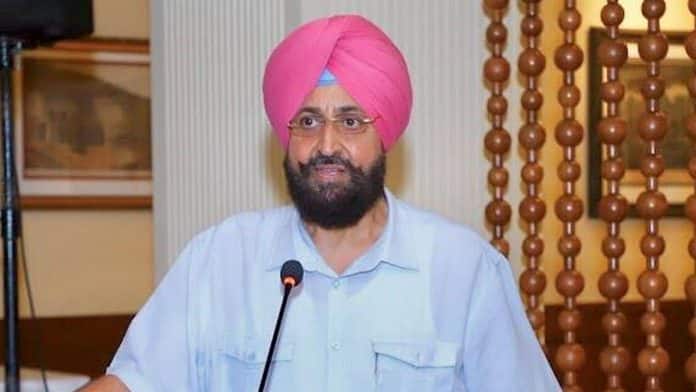 Bajwa, known for his proximity to former Congress president Rahul Gandhi, was removed as the party's state unit chief in November 2015, after a heated campaign led by Amarinder Singh.

Apart from Bajwa and other second-rung leaders, the four newly appointed working presidents would deepen the imbroglio over ticket distribution, Kumar said.

"By creating these four working presidents, the high command has created another problem for itself. What they have been guaranteed with their elevation is a ticket for themselves. But they are likely to get more ambitious and would want to play a role in ticket distribution," he said.

Leaders like Partap Singh Bajwa and Manish Tewari would also be jumping into the fray, making the entire ticket allotment process a cumbersome and "precarious" exercise for the leadership, he added. 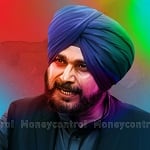 Barring the 2012 assembly elections, Punjab has a long history of voting out the incumbent ruling party. Although the Congress appears to be on a strong footing so far due to a weakened opposition, an anti-incumbency sentiment is brewing due to "unfulfilled" poll promises.

While the appointment of a new PCC chief is expected to curb the anti-incumbency factor, experts doubt whether Sidhu's elevation alone can allow the party to evade accountability.

To offset the anti-incumbency sentiment, Sidhu would need to address the issues, which he has himself flagged in recent days as part of his campaign against Amarinder Singh.

In the run-up to him being named Punjab Congress chief, Sidhu marked his dissent over the power shortage in state, the lack of action taken against the family members of former chief minister Parkash Singh Badal in alleged cases of corruption, and the "lackadaisical approach" shown in the desecration and drug cases.

"Now, the Congress high command has placed their bet on Sidhu. He must get things done. He has a short period of time to make the Captain government act against the Badal family and the drug mafia in the state," Kumar points out. 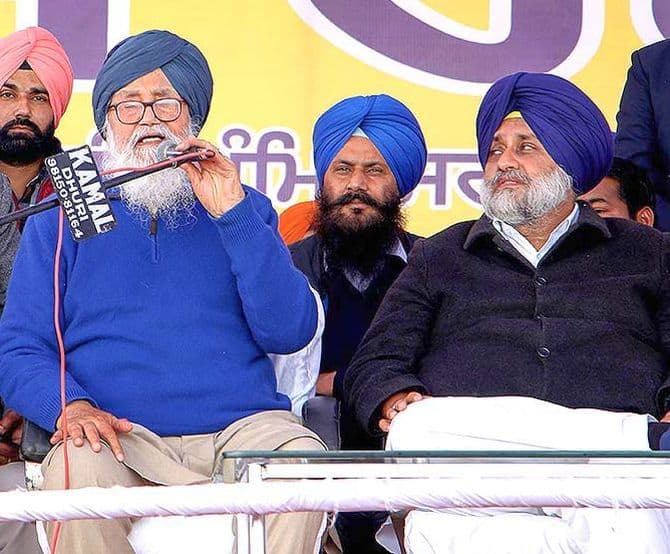 If Sidhu fails in ensuring action in the issues flagged by him, people of Punjab will consider his recent political remarks only as a bid to wrest the PCC chief's post, the professor claimed.

Amarinder Singh, who is staring at an "end to his political career", may act slowly in this regard to extract "revenge" against Sidhu, Kumar further suggested.

According to Srivastava, Sidhu does not bring much to the political table except for his strong oratory, celebrity status and the fact that he belongs to the dominant Jat community.

"Sidhu's track record as a minister from 2017-19 was lacklustre," he said, adding that it would be "very difficult" for the Congress to offset the anti-incumbency with his elevation.

The electoral loss to be suffered by the Congress, due to the anti-incumbency factor and the internal crisis, could make the Aam Aadmi Party (AAP) a "default gainer", suggested Srivastava, who is one of the founding members of the Arvind Kejriwal-led party but is not involved in active fieldwork. 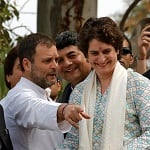 The Punjab Congress saga, though defined by the public spat between Captain and Sidhu, is considered by analysts to be a veiled confrontation between the party high command and the 'old guard'.

The way Amarinder Singh, a Rajiv Gandhi-era Congress veteran, was snubbed suggests that the crisis faced by the party in Punjab is not restricted to its state unit alone.

"This is more to do with high command and old guard than Sidhu and Captain ... The command is now restricted to Rahul Gandhi and Priyanka Gandhi Vadra. Sonia Gandhi has now almost retreated and given the charge to her children to rebuild the party. And they (Rahul and Priyanka) are just not interested in giving the responsibility to the old guard. They are building a new leadership which is reflected through the elevation of Sidhu," Srivastava said.

Kumar, while echoing the viewpoint, noted that if Sonia Gandhi would have led the charge in handling the Punjab Congress row, "Amarinder Singh would not have been humiliated". "Now old guards would have to go as Sonia seems to have passed on the baton finally," he added.

Kumar also recalled the skirmishes between Amarinder Singh and Rahul Gandhi between 2015 and 2017, when the latter was not in favour of ousting Partap Singh Bajwa from the post of PCC chief.

Similar to the tactics now adopted by Sidhu, Captain had then gone public with his criticism of Bajwa. He had also threatened to breakaway with his loyalists and form a new party if he was not elevated as the Punjab Congress chief, an authorised biography of Amarinder Singh points out.

Tensions had escalated to a breaking point in October 2015 when Rahul Gandhi asked Amarinder Singh, during a meeting in New Delhi, whether he was really considering leaving Congress and floating his own outfit. "What you've heard is absolutely correct," Singh replied, as quoted as by biographer Khushwant Singh, (not to be confused with the late literary giant), in the book Captain Amarinder Singh: The People's Maharaja.

According to Kumar, the way Captain dealt with Rahul Gandhi in the past may explain the reason behind the current treatment meted out to him by the high command. 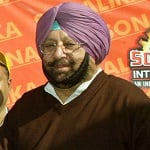 'Captain won't take it lying down'

Despite his weakened position, analysts agree that Amarinder Singh would not go down without a fight.

"Captain has achieved a lot as a chief minister and a seasoned politician in Punjab. And he enjoys a good reputation as there is no major scam attached to him in this tenure. Even the controversy over vaccine rates in Punjab pertains to the state health minister and not the chief minister," Srivastava pointed out.

"On the contrary, the Akali Dal-BJP regime was voted out in 2017 amid major corruption allegations levelled against the Badal family. They were accused of being involved in every high-scale industry in the state," he said.

Amarinder Singh has maintained a stable control over the government and bureaucracy, like Naveen Patnaik who has been the chief minister of Odisha since 2000, Kumar said.

A leader like the Punjab chief minister, with over four decades of experience in the political realm, "would not take it lying down", the professor said, adding that the only factor running against Captain is his age, which would dissuade the MLAs from backing him in the power struggle against Sidhu and the high command.