Upcoming Event:\Option Writing Masterclass by Shubham Agarwal: a session power packed with lots of intelligence and tactics required to sell write options, on 13th July at 5pm. Register Now
you are here: HomeNewsOpinion

Hips don’t lie, but charts can

Charts are a useful tool for presenting information, and yet charts can be potent tools for misrepresentations

As buy-side professionals, we spend a lot of time looking at charts. Every results season, any diligent investor ends up browsing through presentations of at least a hundred companies. Assume, 10 charts per presentation, and we get to 4,000 charts a year — and that’s just quarterly results season. Add to that annual reports, sell-side research, business press, and social media. If looking at charts is equated with facing deliveries in a Test match, most investors are in the Rahul Dravid league.

Charts are a useful tool for presenting information, and most of us in the finance world would rather look at a well-presented chart than read hundreds of words describing it. Yet charts can be potent tools for misrepresentations. They are just a visual representation of data and if numbers can lie, so can charts. On this, Darrell Huff’s ‘How to lie with statistics’ is a good read.

Over the years, we have come across some terrible ones which seem to be created for the sole purpose of misleading the viewer. This article is an attempt to highlight some such charting shenanigans. The one thing that we remember from our co-ordinate geometry class in high school is the concept of Origin i.e. the point at which X and Y axes intersect. Origin is represented by (0,0) which means that the point at which the axes intersect is assumed to have zero co-ordinate for both axes. But it seems lot of people have chosen to forget their high-school geometry, as the most common charting shenanigan we see is playing around with the Y axis by starting with a number other than 0. In case of Exhibit 1 (above), with 94. What this achieves is an optical illusion of large growth. While revenues have grown by only 10 percent, the size of the second bar is more than twice that of the first bar giving a false impression of larger than actual growth. A more accurate presentation of the data would be; 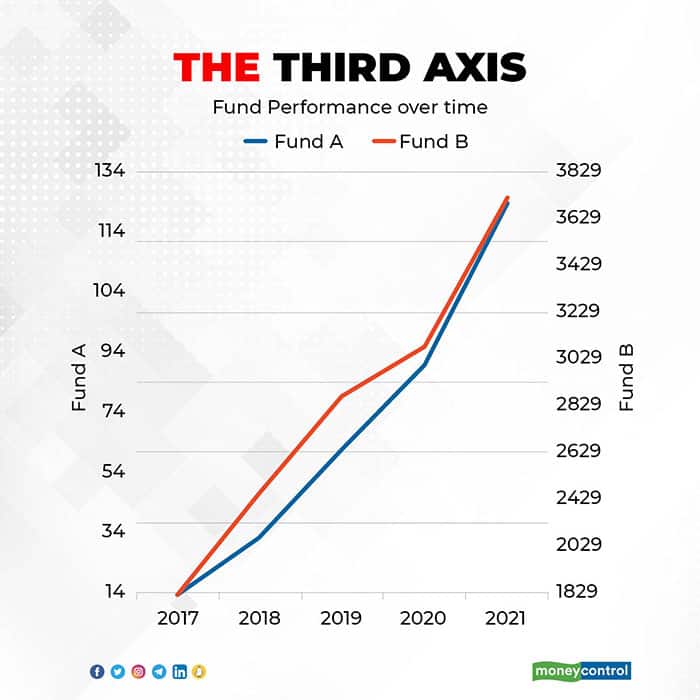 Want to show correlation where none exists? Easy. Insert a third axis with different scaling. In Exhibit 2 (above), the NAV for Fund A (Blue Line) went from 14 to 125 in four years, a 73 percent annualised return. At the same time the NAV for Fund B (Orange Line) went from 1,829 to 3,702, a 19 percent annualised return. That’s more than a 50 percent annual difference, but if we look at the chart, it may seem that both have generated similar return. When looking at charts with two axes, one needs to take into account the varying scales. Better still, ask for underlying data on the variables. 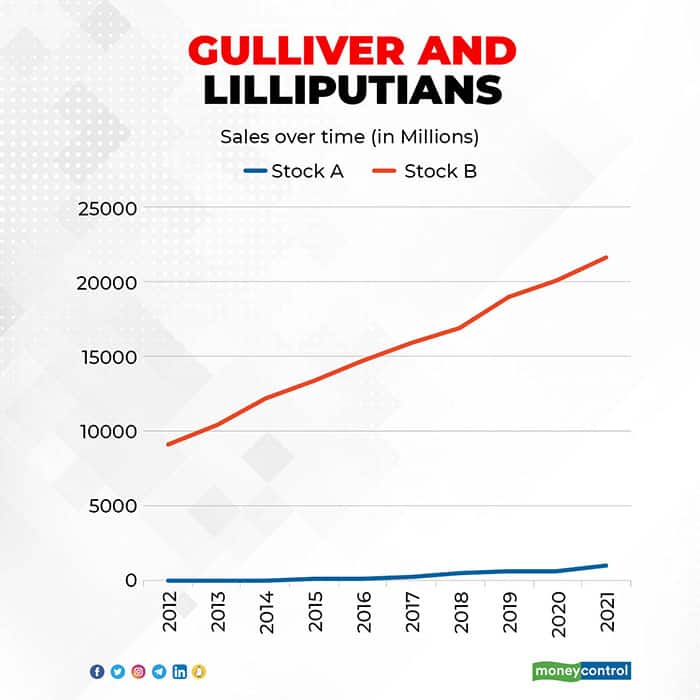 In Exhibit 3 (above), it may seem that Stock B (Orange Line) has grown its sales much faster than Stock A (Blue Line). Unfortunately, this is a problem which occurs when two variables with a huge difference in values are plotted on the same chart. Stock A has in fact grown its sales over 3,000 percent. On the other hand, Stock B grew its sales by just 135 percent.

Most of us have seen a similar scale-challenged chart through the COVID-19 pandemic. In that chart, Stock B was new COVID-19 cases, and Stock A was COVID-19 deaths.

Exhibit 4: Can You Read Backwards? 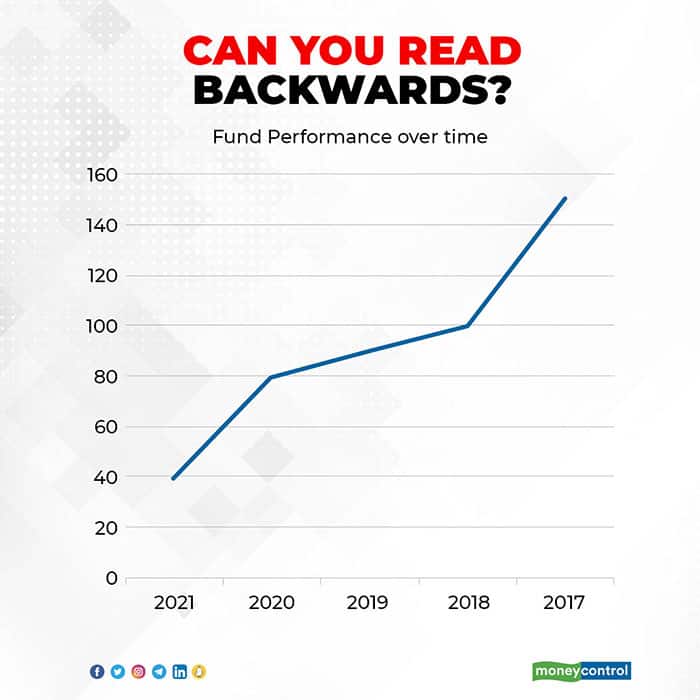 Exhibit 4 (above) shows the performance for an unnamed fund. Reasonably good, right? That is until we look at the order of the dates. The performance is terrible, but switching the order of dates provides you with a line that trends up. This shenanigan comes from the finance world’s fetish for anything that is upward-sloping. 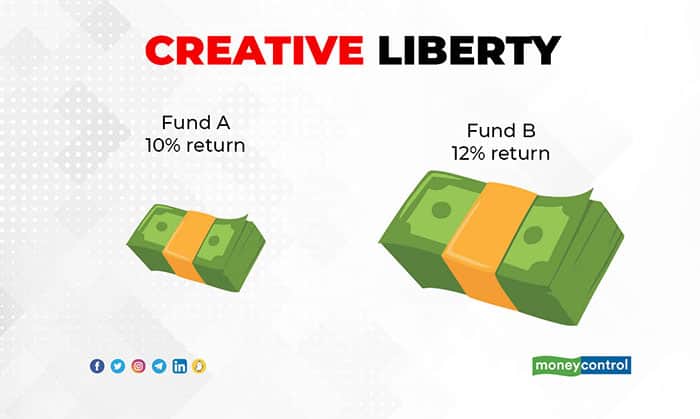 It is somehow assumed that if you are using pictures instead of lines and bars it gives you the liberty to dispense with scale considerations. In Exhibit 5 (above), a 12 percent return is a significantly fatter wad of money than a 10 percent return. A mere 20 percent difference is being represented by a picture twice the size of the previous one.

When a daily barrage of charts is being thrown at us, we need to be able to filter the good from the bad — and being aware of some of these shenanigans, can ensure that we aren’t being lied to!