Opinion | Why corrupt politicians and bureaucrats can now breathe easy

The amendment of the Prevention of Corruption Act will likely end up protecting corrupt legislators and bureaucrats rather than innocent bankers.

On July 23, ostensibly in an attempt to shield honest bankers from prosecution agencies, Parliament amended the Prevention of Corruption Act. It now requires investigation agencies to seek prior permission from appropriate authorities before proceeding to arrest a bank official accused of misdemeanour.

Financial markets have reacted favourably to the move and bankers have welcomed it. Everyone seems to be pleased, but for those who have not forgotten history. The move will likely end up protecting corrupt legislators and bureaucrats rather than innocent bankers.

Once you examine the issue closely, you realise that the amendment may actually prevent any major investigation into corruption. With this move, the government has closed one more avenue through which corrupt deals could be discovered. To understand this one has to go back to history.

The story dates back to 1957.  It is one that got revived in 1992 when the Harshad Mehta scam came to light. On May 25, 1992, this author published an article in the now-extinct Express InvestmentWeek titled "Two HMs: 35 years apart". 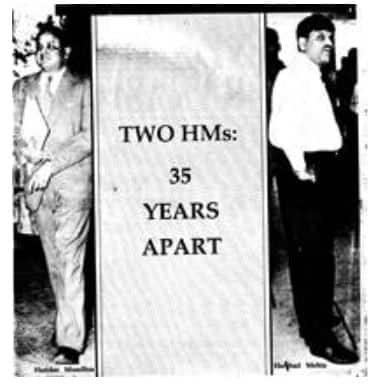 The article tried to show similarities in the modus operandi of the two scams. The one played out by one of India’s earliest scamsters, Haridas Mundhra, and the other by Harshad Mehta, which came to light in 1992. In both scams, the principal characters, other than the main villains, were the prime minister’s office, the finance minister, the RBI governor and LIC chairman.

But what was most interesting about the Mundhra scam of 1957, is the role of Justice M.C. Chagla, who formed the single-member commission of enquiry appointed by the Parliament.  The enquiry was held in the legislative council hall near the Prince of Wales Museum in Mumbai (it is now the headquarters for the state police) and was conducted publicly (no in-camera proceedings).  As jurists were to declare later, the best disinfectant is almost always sunlight.

When the attending audience grew in size, loudspeakers were fitted in the lawns so that people could sit there and hear the testimony of senior bureaucrats and ministers. After all, these were the men in charge of public institutions. And the public had a right to know how they had discharged their duties, and how the scam which involved public money came to pass.

The witnesses included HM Patel, then principal finance secretary; HVR Iyengar, governor of Reserve Bank of India (RBI); PC Bhattacharya, chairman, State Bank of India (SBI); IS Vaidyanathan, managing director, Life Insurance Corporation (LIC); GR Kamat, chairman LIC; AD Shroff, director, New India Assurance Company and of the Tata Group of Companies; Ram Nath, deputy governor, RBI; DL Majumdar, secretary, ministry of finance, company law & administration; and – most importantly – TT Krishnamachari, Union minister of finance. All of them appeared before the commission in public view. All gave their testimony for public consumption. All had faith in the right of the public to know how affairs were being managed. 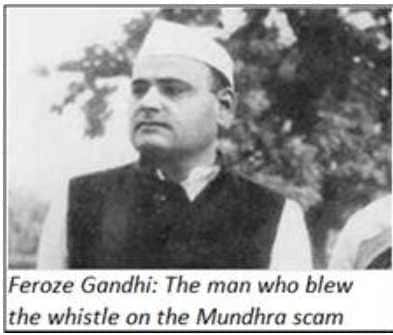 Interestingly, the man who brought the first bit of information about the scandal to the knowledge of the people and Parliament was Feroze Gandhi, son-in-law of Prime Minister Jawaharlal Nehru. Those were times when even Parliamentarians believed that the best disinfectant was indeed sunlight.

The Union minister of finance accepted full responsibility for the ‘scandal’ and resigned. The chairman of LIC followed suit. So did the president of the Calcutta Stock Exchange. The principal finance secretary, despite being exonerated by the Union Public Service Commission (UPSC), which also investigated his role in the affair, also resigned on moral grounds.

That was the last time a public trial took place. Hastily, legislators brought in a slew of laws aimed at ensuring that no investigations were launched against civil servants on the grounds that frivolous complaints might deter them in carrying out their public duties. It wasn’t long after that legislators extended these protective measures to themselves. A moat had been built. Public trial of public servants and legislators would not normally be possible.

Sadly, each time a major investigation into a big scam has taken place, it has often been triggered by a Supreme Court directive to the executive – even the legislature – to work out ways to investigate the scam. This is what happened in the cash-for-votes scam. That was when the Narsimha Rao government survived a trust vote. The allegation was that votes were bought. That investigation eventually yielded nothing. But the directive was given by the Supreme Court.

The same thing happened with the 2G Scam, which was about preferential allotment of valuable telecom spectrum to a favoured few. It was the Supreme Court’s directives that triggered investigations into the scam. Ditto with the coal mines allocation scam. It was the Supreme Court which called the CBI a caged parrot, and it was the court that had to often ask the investigators to go ahead with investigations despite delaying tactics adopted both by the legislature and the executive.

It was the Supreme Court which asked the government to ensure that all political parties submit details of their funding from bodies overseas. This was a move that was countered by the legislature by passing amendments to the Foreign Contributions (regulations) Act or FCRA . It remains to be seen whether this move, that could be seen as frustrating the court’s ruling, will be struck down as unconstitutional.

This is because the amendments to the FCRA have been challenged by NGOs and by EAS Sarma, former Secretary, Ministry of Finance (among other positions held). This time, quite interestingly, even while there was a ruckus going on in Parliament, the government rushed through the amendments to the Foreign Corrupt Practices Act earlier this year, giving political parties retrospective immunity against investigation into the sources of funding. Significantly, no political party raised any objection against this modification of laws.

Occasionally, judges did frown on such moat-like devices. For instance, when it came to politicians tainted with the Adarsh scam in Mumbai, the High Court ordered investigation agencies to continue with their work, and that prior sanction of the government was not needed. A similar ruling was issued when it came to investigations into the irrigation scam, which the courts have now decided to monitor on a day-to-day basis. It now only needs for the Supreme Court’s Constitutional Bench to take up such laws and decide if they are constitutionally valid.

Another peculiar law that legislators introduced was the one related to bribery.  This law too has been clarified in the latest modifications to the Corruption Act.  It prescribes a penalty of 3-7 years or fine or both for anyone taking and anyone giving a bribe.  Prima facie the law looks okay, until you realise that this law actually prevents any bribery charges being made at all.

It was this law that was singled out in a seminal paper brought out by the former Chief Economic Advisor, Kaushik Basu in March 2011.  Titled, “Why, for a Class of Bribes, the Act of Giving a Bribe should be Treated as Legal“, the paper puts forward a small but crucial idea of “how we can cut down the incidence of bribery”.

The paper points out that “There are different kinds of bribes and what this paper is concerned with are bribes that people often have to give to procure things to which they are legally entitled. I shall call these harassment bribes. . . .

“Suppose an income tax refund is held back from a taxpayer till he pays some cash to the officer. Suppose government allots subsidised land to a person but when the person goes to get her paperwork done and receive documents for this land, she is asked to pay a hefty bribe. These are all illustrations of harassment bribes.”

Basu makes a case that “the giver of a harassment bribe should have full immunity from any punitive action by the state”.

By punishing the bribe giver as well, the legislators have ensured that bribes do not get reported in almost all cases . The bribe takers can breathe easy!

The government’s unwillingness to permit probes into corruption was in full evidence when it was reluctant to act against the list of Indians who had accounts in Lichtenstein.  It was the Supreme Court which then insisted that the government table its findings before the court.

It appears that nobody wants to benefit from the antiseptic qualities of sunlight, which could help disinfect the malaise of corruption afflicting the nation.

The new amendments to the Corruption Act must be seen against this backdrop.  By protecting bankers from investigation agencies, the legislators could  actually be protecting themselves.  They do not want bankers to confess in writing to persistent investigators.  They do not want them to squeal out the names of bureaucrats and legislators who demanded that irregular loans be granted or helped create cozy relationships inducing bankers to act the manner in which they wanted.

As always, the bankers were investigated, but the probe did not go beyond this, to bureaucrats and legislators who could well have compelled the bankers to grant such loans.

Of course, there were times the bankers were themselves greedy.  That is what appears to have happened with key managers at ICICI Bank and Axis Bank  – though the truth can really be known only after reports of the investigation underway are made public. But even in these cases, there does appear to have been some pressure from somewhere in clearing irregular loans.  The sad part is that bankers get caught, but politicians and bureaucrats do not.

This time, however, it seemed that the rot would finally get exposed. The ferocity of investigations meant that sooner or later the bankers would themselves spill the beans.  Already even while one section of the government wanted to clean up the bank NPA mess by pushing the Insolvency and Bankruptcy Code (IBC), there was another section of the government that wanted to bury the bad loans spectre by first mooting a bad bank concept and then mooting schemes like Sakshat.  Some believe that the LIC is being used once again to conceal the nature of loans given out by letting it take charge of both IDBI Bank and IL&FS.

On the heels of such moves, the amendments to the Prevention of Corruption Act on 23 July confirmed the worst fears.  Henceforth, even bankers would now not be prosecuted without sanction from higher authorities.  The moat was now deeper, and the protective encirclement of Fortress Corruption almost complete.

If the government wanted, there could be another way to protect both bankers and the banking system and yet root out corruption.  One simple way would be to allow bankers who had clearly not made any money for themselves to be given the status of “approver”, being granted immunity from prosecution against their willingness to spill the beans.  That would have instilled faith among bankers, urged them to stick to the straight and narrow path of procedures, and yet be assured that they would not be hounded.

But that did not happen. Instead, we have a move that will end up protecting bankers as well from the gaze of investigative authorities. Someone needs to invoke the courts to look into the way India’s constitutional provisions are being subverted by converting its laws into a travesty. Is that too much to ask?