The Jharkhand Mukti Morcha (JMM)-Congress-Rashtriya Janata Dal (RJD) alliance, on December 23, stormed to power in Jharkhand following the counting of votes for the 2019 Assembly election. The alliance dislodging the Bharatiya Janata Party (BJP) dispensation from power.

The three parties together won 47 seats in the 81-member House. Former chief minister Hemant Soren’s JMM became the single-largest party by clinching 30 seats. Congress and the RJD won 16 and one seat, respectively.

Being led by Raghubar Das, the only Jharkhand chief minister to complete a tenure in office, BJP won 25 seats.

Political experts have pointed out that among the major reasons for BJP facing this drubbing at the polls was that it lost support of the tribal communities.

It is to be noted that Das was Jharkhand’s first and only non-tribal chief minister.

What makes the tribals influential?

The tribal community accounts for about 26 percent of the state’s population. This makes them highly influential in the state’s politics.

With over 91 percent of them residing in villages, the Scheduled Tribes are primarily rural. Gumla district has the highest proportion of STs (68.4 percent).

These proportions make tribals politically influential and impact outcomes in constituencies there. 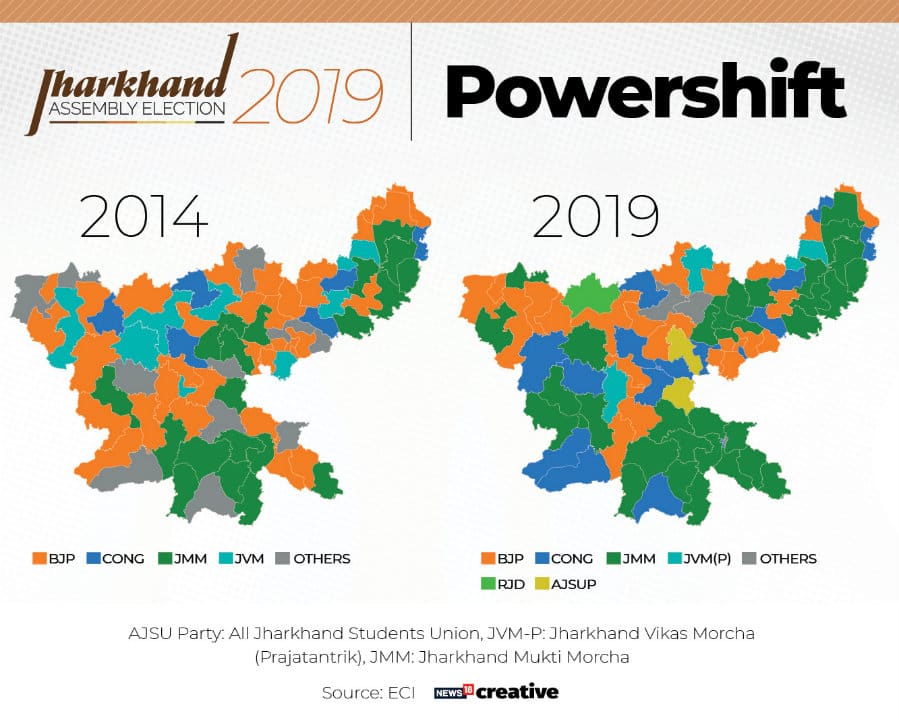 How the tribal communities voted

However, this time, the JMM-Congress have together won 25. BJP has managed to win just two. While Congress’ tally in these seats has improved from none to six, JMM has won 19.

There are other pockets of the state — such as Dumka district — where there is significant tribal population. Results in constituencies there could have also been impacted.

Also read: 9 out of 10 bellwether seats vote for JMM or Congress, maintain record

Why this may have happened

Analysts suggest that tribals refusing to back the BJP this time, was because of what transpired over the last three years.

It was widely reported that at the heart of BJP’s challenge in Jharkhand in this election was a tussle that started when two Bills were approved by the Legislative Assembly in November 2016. These Bills had sought to amend the Chhotanagpur Tenancy Act (CTA), 1908 and the Santhal Pargana Tenancy Act (SPT), 1949. These Acts protected the tribals’ rights over land by imposing restrictions on sale and transfer of Adivasi land in the state.

The amendment to Section 21 of the CTA and Section 13 of the SPT Act would have removed these restrictions on the use of tribal land by owners or tenants for non-agricultural purposes.

An amendment was proposed to Section 49(1) of the CTA, to add a clause that would allow transfer of Adivasi land for projects “like road, canal, railway, cable transmission, pipelines, and schools, colleges, universities, panchayat buildings, hospitals, anganwadis” and any other “government purpose” as is notified by state government in the official gazette.

Section 71B of the CTA that makes violations of its provisions a criminal offence, were retained.

These proposed amendments had set out major protests in many parts of the state. Amid these protests, Governor Droupadi Murmu had refused to grant assent to the two Bills. Yet, the resentment among the communities seemingly remained.