December 2018 to 2019: A tale of BJP's shrinking footprint across India

The party has lost five key states from December 2018 to December 2019, including the recently concluded Jharkhand elections

The Bharatiya Janata Party (BJP), which swooped state after state following a huge mandate in 2014 Lok Sabha elections under the leadership of Prime Minister Narendra Modi, has been witnessing a shrinking footprint on the map of India in the last one year. 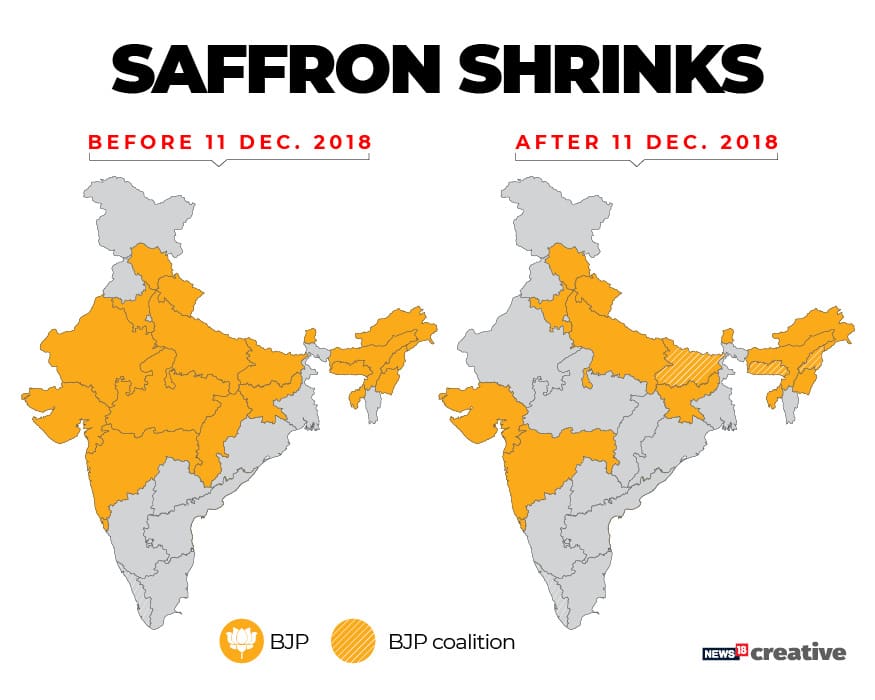 In December 2018, the saffron party lost power in Chhattisgarh, Madhya Pradesh and Rajasthan. In all three states, arch-rival Congress formed the government. 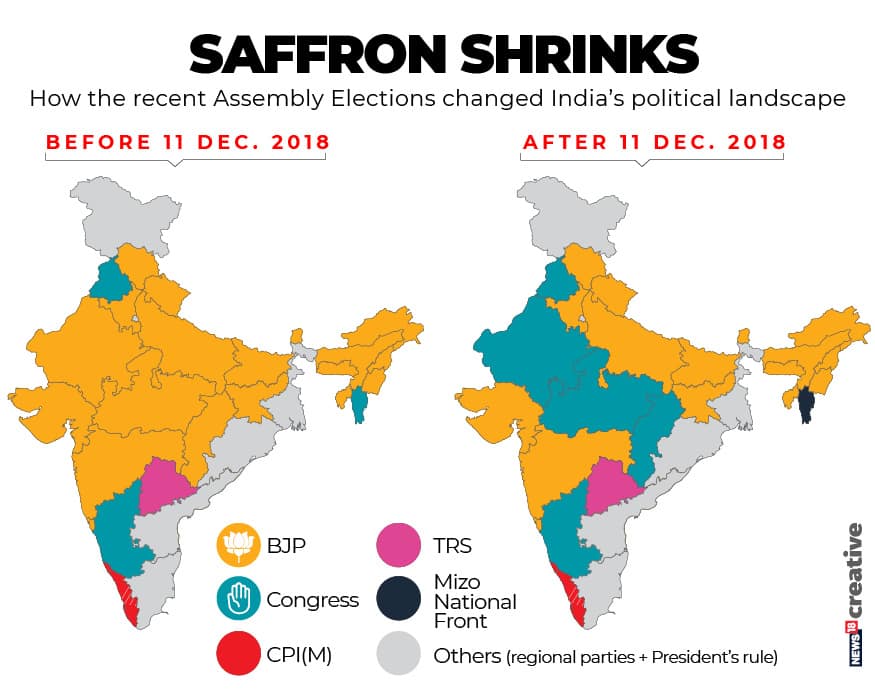 These defeats followed the collapse of the BJP-PDP coalition government in Jammu and Kashmir and broken ties with Telugu Desam Party (TDP) in Andhra Pradesh, which then ruled the state on its own. The party also witnessed tough times in Karnataka when BS Yediyurappa had to resign after four days as chief minister in the same year. However, almost a year later, the party returned to power.

2019 brought relief for the BJP, which claims to be the largest party in the world, as it won the Lok Sabha elections with a bigger mandate than 2014. But the performance was not replicated in the state elections.

In the Haryana elections, held after the BJP’s victory in Lok Sabha, the number of seats for the party dropped from 47 in 2014 to 40 in 2019, according to Election Commission of India (ECI). This forced the BJP, which was ruling the state on its own, to form a coalition government with Jannayak Janata Party (JJP).

In Maharashtra, the party experienced a major setback. Not only did its seat share drop to 105 from 122 in 2014, the party also could not form the government eventually due to a power tussle that followed the results.

The BJP, along with former ally Shiv Sena, crossed the magic number to form the government. However, both parties conflicted over power-sharing. The BJP apparently tried everything to retain the state, including a hush-hush swearing-in with support from the Nationalist Congress Party (NCP) leader Ajit Pawar. The government lasted not more than three days and Shiv Sena formed the government with NCP and Congress. The consecutive electoral defeats have significantly dried up the saffron footprint in India’s northern Hindi belt. Before December 2018, the BJP government was controlling all states in the Hindi Heartland, minus Delhi. It has now been halved with the party and its allies Uttar Pradesh, Uttarakhand, Himachal Pradesh, Bihar and Haryana. 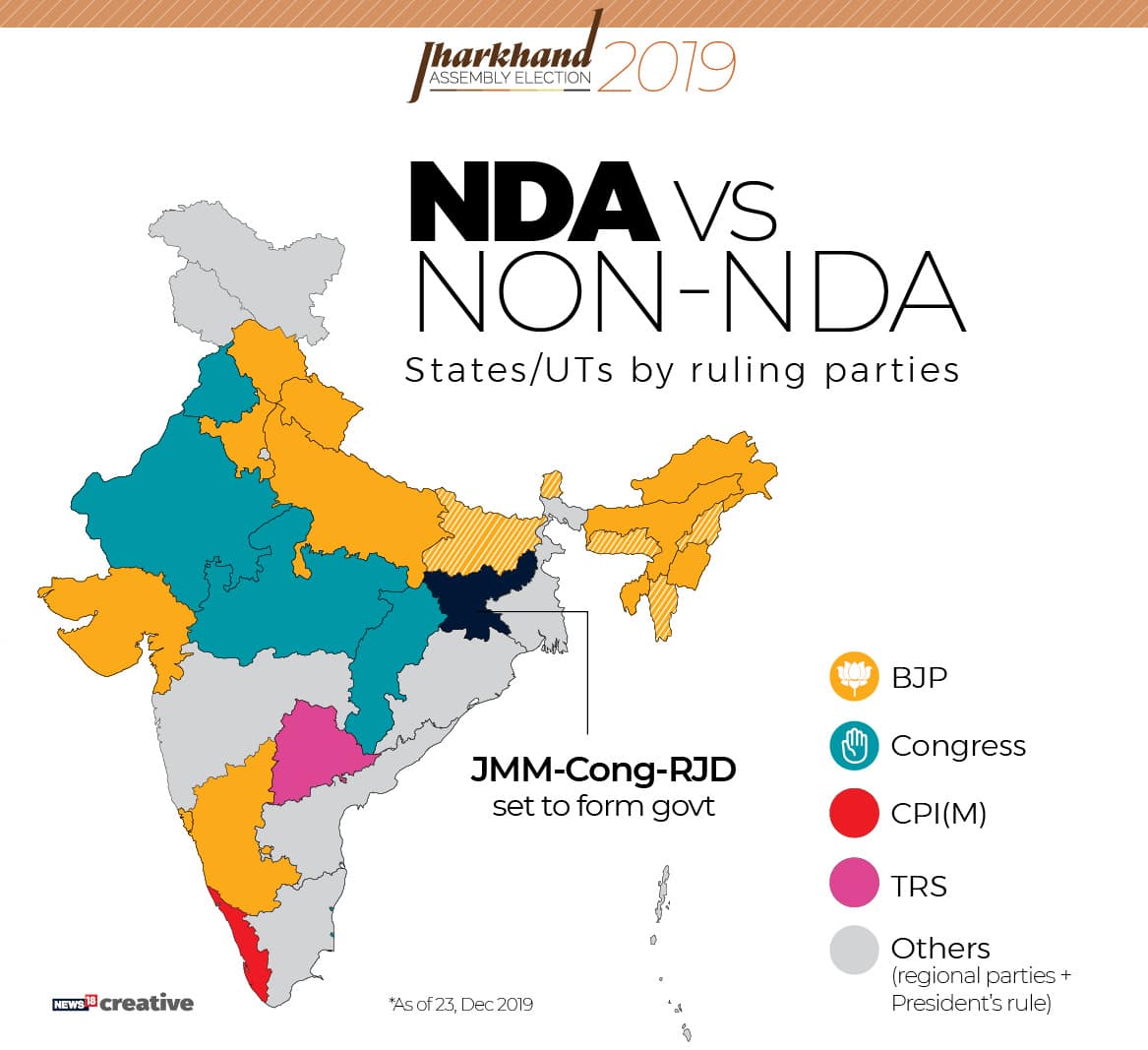