Access insightful & curated financial content with Moneycontrol PRO at just Re. 1/- per day. Use code PRO365.
you are here: HomeNewsCricket

Players with the worst returns on investment in IPL 2018

While there were many players who were bought for their base price in this year’s IPL auction, there were many others who ended with fat pay cheques. But not every player who got the big bucks justified their salary. These underperforming stars should have introspected and thought about returning some of the money to their team owners after a forgettable IPL season.

Let’s take a look at the top five players who gave the worst returns on investment in IPL 2018: For the second consecutive season, he was the costliest buy but the England all-rounder couldn’t come up with performances on the field, making him one of the biggest flops of IPL 2018. He was bought by RR for Rs 12.5 crore but from 13 matches, he could only return with 196 runs and 8 wickets. His highest score of 45 against Chennai Super Kings and the best bowling figures of 3/15 against Kolkata Knight Riders came in a losing cause. That pretty much sums up his horrible run this season. He struggled to get going with the bat as well as the ball and he couldn’t fire much as Rajasthan blew hot and cold throughout the season. 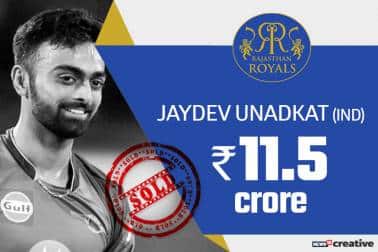 With a final bid of Rs 11.5 crore, the left arm bowler was the costliest Indian player in this year’s IPL and the second costliest buy overall. But those numbers didn't reflect in his wickets tally. He scalped only 11 wickets from 15 matches and leaked runs at an economy rate of 9.65 per over. He was a distant shadow of himself in the last season, where he ended as the second highest wicket-taker. Playing for Rising Pune Supergiants, he picked up 24 wickets from just 12 games at an economy rate of 7.02. This year, Unadkat became too predictable for the batsmen as he concentrated more on cutters. Maybe someone needed to remind him that he is a pace bowler and not a spinner. Rajasthan suffered the most as the two costliest buys this season were the biggest flops. 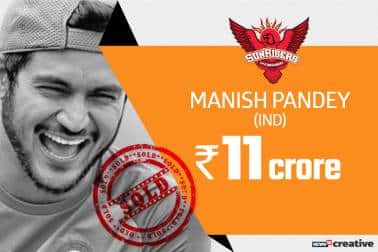 He is considered a consistent performer in IPL. That’s why when Manish Pandey landed a Rs 11 crore contract with SRH, not many were surprised. He had scored 396 runs from 14 matches for Kolkata Knight Riders the last season. He was expected to turn up the heat for his new franchise this year. But his inconsistency in the middle order only added to Hyderabad’s problems and made them a side heavily reliant on the top 3. Not just lack of runs, even his strike rate of 115.44 was unimpressive. With 284 runs from 15 matches, he faced the wrath in the playoff stage as he was dropped from the playing XI. 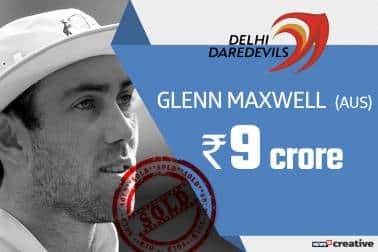 With a whopping Rs 9 crore, the Bigshow was the seventh costliest buy this season but he failed to display any show worth remembering this year. He played a major part in Delhi ending with the wooden spoon as he could only manage 169 runs from 12 matches. Maxwell showed signs of what he is capable of with a 22-ball 47 against KKR but that happened just once and that too in a losing game. Not just that, he was an embarrassment in the field too as he dropped sitters. Clearly, a waste of money for the Daredevils! He was anything but a pale shadow of the giant he was in limited overs' cricket all these years. Bought at Rs 2 crore by KXIP, Yuvraj had a season he would like to forget as soon as possible, and maybe even consider hanging up his boots. He could only muster 65 runs from 8 matches at a poor average of 10.83. To make things even worse, his strike rate was below 100. To see him struggle with the bat and subsequently getting dropped from the side was indeed saddening for any cricket lover. Who would have thought that a man who once hit 6 sixes in an over would find it hard to even middle the ball!
Moneycontrol News
Tags: #Ben Stokes #cricket #DD #Delhi Daredevils #Glenn Maxwell #IPL 2018 #Jaydev Unadkat #KXIP #Manish Pandey #R&R #Rajasthan Royals #SRH #Sunrisers Hyderabad #Yuvraj Singh Kings XI Punjab
first published: May 31, 2018 08:48 pm