Pune-based in-cab entertainment startup CabbyTabby cofounder has refuted allegations of software theft made by Gurgaon-based TabVerts. It's a case of a proposed business partnership gone awry...

“It is majorly disappointing when your product is cloned by someone else and they launch it without your concern and it is clearly a theft of your well executed product,” 18-year old Arora wrote in his Facebook post, last week.

Refuting allegations made by Arora, Gandhi of Cabby Tabby said that the business model of his company is starkly different from the business venture as proposed by Arora. He has sent a defamation notice to Arora regarding his social media post. 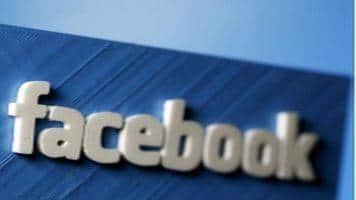 “The allegation made by Sahil Arora are patently false. The so called innovative idea of Mr Arora has been in vogue in countries such as the US, Singapore, HongKong and China etc., since 2006. Not only this, there are number of other players in Indian market who are in this business even before us,” Gandhi told Moneycontrol in an email statement.

Arora alleges that he reached last year out to Pune-based Shripal Gandhi for an investment of USD 100,000 in its product Tabverts, which provides tabs inside cabs across the city that will run ads on them.

Gurgaon based Arora claims he pitched the idea to Gandhi via an email of a platform that would allow passengers to “make purchases, bill payments, book tickets, look for pubs and a lot more now instead of just showing ads.”

“Mr. Gandhi initiated the conversation over LinkedIn and then took it over to email wherein he asked me to share intellectual property details about my product,” Arora alleged in his Facebook post.

Arora later claimed to Moneycontrol that he has sent a legal notice to Gandhi on the issue.

Gandhi however claims that he filed for a patent for his product, three months prior to a conversation with Arora.

“Mr Arora approached me on October 12, 2016 (about 3.5 months after we filed the patent for CabbyTabby) through a Linkedin message and portrayed his inclination to procure tablets for his proposed free infotainment facility for a taxi app Delhi/NCR,” Gandhi told Moneycontrol in an email.

Tabverts' Arora claims that the deal with taxi apps could not be finalized owing to a strike by Ola and Uber cab drivers in December. OlaCabs had launched its Ola Play in-cab entertainment service in November, last year.

“After a while, Shripal dropped all conversations and stopped responding,” Arora claimed in his post.

Documents with Ministry of Corporate Affairs show that CabbyTabby was registered as a Private Limited Company in January, 2017.

“During the passage of time, Arora conveyed that his proposed venture could not take off due to sudden strike by Ola/Uber drivers causing tremendous downfall and risk. He even mentioned that he is pivoting his business to another venture,” Gandhi clarifies in an email.

Pune-based CabbyTabby is currently testing a pilot with Uber in India to offer services such as latest news, events and in-cab entertainment through music videos, songs and short films.

Arora went on to announce the launch of his own cab aggregation product called Cabby in March, this year giving competition to both Uber and Ola.

Arora claims in his social media post that “Shripal had accessed the firebase backend to understand the logic of advertisement streaming remotely.” Gandhi refutes the allegations vehemently.

“Nor have I seen any of his alleged products physically nor have had any access to his backend,” Gandhi claims.

Clearly, it is a case of a proposed business partnership over a LinkedIn message having gone awry.