Global Fintech Fest held in Mumbai last week gave fintechs the much-needed adrenaline shot as they battle slowdown and regulatory squeeze and provided a platform to showcase why their growth is crucial to change India’s financial landscape.

“This reminds me of Money 20/20 in Singapore,” said a fintech founder amidst the swarm of fintech enthusiasts at the Global Fintech Fest (GFF) held in Mumbai.

Far from the startup capital Bengaluru, and in the heart of the financial capital of India, the founder was comparing GFF’s scale to the global fintech event held last at Singapore’s upscale Marina Bay Sands in 2020.

He was not the only one to have felt so. Other founders too echoed the sentiment.

If the Indian fintech ecosystem was looking for positive reinforcements to continue working in challenging times, GFF provided it amply.

With a footfall of over 7,500 people per day, and a power-packed speaker line-up -- regulators, ministers, top bankers, and fintech founders across 5-6 parallel sessions for hours each day-- the fest gave the right feel of a mega event at a global scale.

From the scale and grandeur, this was the perfect platform for fintechs to showcase why their growth is crucial to change India’s financial landscape, on their own turf. But, what finally grabbed the headlines was regulators and bankers mincing no words in conveying that in their view, fintechs were not doing enough when it came to compliance.

But first, let us tell you all about the glam.

We, like most at the venue, got three days of recommended workout and more by spending hours walking around.

“It was a mela,” said a fintech executive a day after the event ended. We could not meet her despite repeated tries, thanks to how huge the venue was.

Most of those at the event will relate to a tweet by Blackdot Public Policy Advisors Founder Principal Mandar Kagade who moderated a session at GFF – “We will catch up” easily wins the honors for the most thrown about expression at #GFF2022.

You may have managed to catch up after all, only if your legs had not already given up and you managed to be at the same place at the same time. Many of the conversations we had with founders finally ended with - let’s just catch up peacefully when we are back in Bengaluru.

For fintech enthusiasts and founders, this was a treat. You could catch 10 founders at the same place, huddled in a circle, in deep conversation with a former regulator.

For many, this was the perfect place to showcase their products and network amidst the 152 stalls set up by everyone from WhatsApp, Amazon Pay to Paytm, and so on! Organised by the National Payments Corporation of India (NPCI), Fintech Convergence Council (FCC), and the Payments Council of India (PCI), the event was sponsored by all large Indian fintech players. Coming at a time when Indian fintechs are dealing with regulatory blows, these startups left no stone unturned in choosing a premium venue spread over an expanse of two floors at the Jio World Convention Centre at Bandra Kurla Complex (BKC).

As soon as you entered the venue, there was a wall of fame of sorts with the names of fintechs (read: ALL Indian fintechs) that sponsored the event. 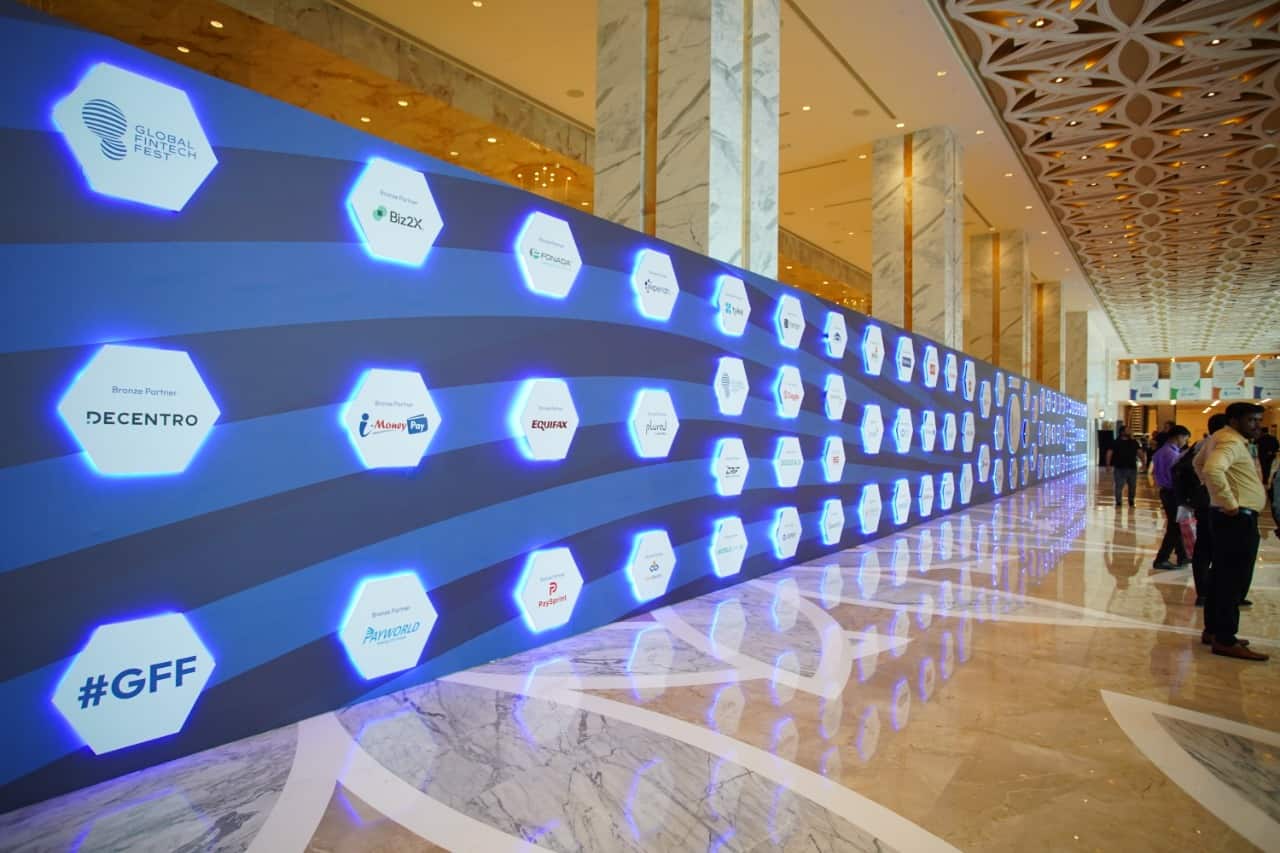 “All this is investor money,” reminded an investor. Because that’s where a startup’s money comes from.

Seeing how their investments are in choppy waters with fintech business models at the mercy of the regulator, venture capital and private equity investors would surely not mind a fraction of their funds being used to give a much-needed push to the sector.

Founders are the new stars?

If you thought only film stars were jostled for an unwarranted photo while walking out of the airport, let us tell you about the new celebs that thronged B-town last week.

While the regulator was handing out bitter truth pills to fintech founders, the response from the rest of the crowd was starkly different. The long walk from the session to the speaker lounge was most difficult for the teams of these founders as they could not whisk them away from the fans fast enough.

The likes of CRED founder Kunal Shah, PhonePe founder Sameer Nigam, Paytm founder Vijay Shekhar Sharma, and almost every other founder were surrounded by budding founders pitching their startups, or just fans wanting a photo with them.

Founders on their part did their best to patiently listen to each pitch and promised to get back to everyone who said they would love to collaborate or get their backing.

A founder was humbled after he was stopped at every step post his session for a selfie. “I did not expect this,” said the overwhelmed founder.

Regulators and bankers give a reality check

After months of talks in silos and regulatory decisions by the Reserve Bank of India (RBI) followed by requests and representations by the industry, GFF seemed like a platform for all stakeholders to come together and have an open dialogue.

While we heard views from both sides, views from regulators were given on stage and fintechs opened up about the difficult times only on the sidelines, away from the stage.

RBI Governor Shaktikanta Das emphasised that the central bank is here to support innovation. But he was quick to add that fintechs must remember to remain within the purview of regulations – not willing to make it look like support means extending a free hand.

Das's comments came in the backdrop of the RBI’s recently announced digital lending norms. The norms, combined with a circular reminding fintechs that issuing credit lines on prepaid cards and wallets is prohibited, has hit the core business models of fintechs like Slice and Uni.

On Day 2, Securities and Exchange Board of India (SEBI) Chairperson Madhabi Puri Buch gave a checklist for fintechs to keep in mind to avoid crackdown once regulators show up. Mincing no words, she warned that business models that make it difficult to exit or rely on anonymity will never be supported.

Bankers too used the platform to highlight concerns around fintech compliance, all while saying they are open to partnerships.

But, in a rare case of role reversal, PhonePe CEO Sameer Nigam voiced what he hopes to see from regulators instead.

He addressed the issue of blanket rules being passed anytime there's one bad apple in a sector.

"I hope we can get to a point where individuals are held accountable, as opposed to it becoming harder for everyone," said Nigam.

However, founders speaking on the sidelines echoed just one sentiment after how the past few months have panned out – they would rather have measured growth than do anything that may seem off the regulator’s set path.

For now, even as it is a game of treading carefully and waiting to hear more from the regulator, the industry will be encouraged to carry on after the success of this mega event for months to come.

And if there are any more regulatory googlies in store, the fintechs will once again prepare to play catch-up.
Invite your friends and family to sign up for MC Tech 3, our daily newsletter that breaks down the biggest tech and startup stories of the day