UPCOMING EVENT:Learn how to add equities to your portfolio through ETFs. Don’t miss the webinar on Oct 19, 11.30am. Register Now!
you are here: HomeNewsBusinessMutual Funds

India's story for 2018 will be earnings growth; like EMs over DMs: HSBC Global AMC

The one thing they like about investing in India is the prudent manner in which the economy has been managed by the government and the RBI, said Bill Maldonado of HSBC Global AMC.

Bill Maldonado of HSBC Global AMC is of the belief that rally in global equities is likely to continue in 2018 with reasonable returns, despite the fantastic returns posted in 2017.

"We are in a phase where we have got strong and synchronized global growth," he said.

He said global equities currently look undervalued compared to other asset class, they have never been cheaper. However, credit spreads have fallen significantly, he added.

Stating his preferences, he said from the developed markets space, they like Japan and Europe over the US but basically, prefer emerging markets over developed markets. And within EMs, Asia looks very attractive, said Maldonado.

Moreover, within the Asia complex, for international investors India continues to look attractive, he said, specifying that the selling by FIIs witnessed in India is not a sign of fatigue or overvaluation. 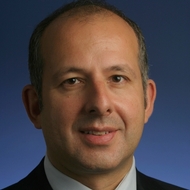 India has been a safe haven among emerging markets, he said in an interview to CNBC-TV18 from the sidelines of the HSBC Global AMC 'India Investment Marathon' Summit.

He strongly believes that the story for India and other markets, in 2018, will be that of earnings growth.

The cyclical names, including the financials look positive in India and should deliver strong profit growth, said Maldonado.

The one thing they like about investing in India, he said is the prudent manner in which the economy has been managed by both the government and the Reserve Bank of India.

When asked what would be the reaction of FIIs with regards to long-term capital gain tax if imposed, he said the investors would look at the overall stability/sustainability of the economy than just focusing on post tax returns.
CNBC-TV18
Tags: #Bill Maldonado #HSBC Global AMC #MF-Interview
first published: Jan 12, 2018 03:50 pm