The acquisition of Holcim’s assets -- Ambuja Cement, and ACC -- makes Adani Group the second largest player in the cement sector. With over 30 acquisitions since 2014 in different verticals and businesses, Adani Group has grown at a scorching pace through acquisitions and has become a dominant player in most of these businesses such as ports, airports, power, and others.

Adani Group has grown at a scorching pace in the last decade, building an empire in various businesses through acquisitions, and has become a dominant player in most of the businesses in a short period of time, with around 30 acquisitions since 2014. Adani Group which announced its foray into the cement space just two years ago has now become India's second largest player through one mega acquisition of Holcim's assets, Ambuja Cement and ACC, for a whopping $10.5 billion.

It's also the largest commercial port operator in India with a 24% market share present in seven maritime states. The list of port acquisitions is long starting from Abott in Australia to pan India presence through Gangavaram, Dhamra, and Krishnapatnam, all in the last few years. 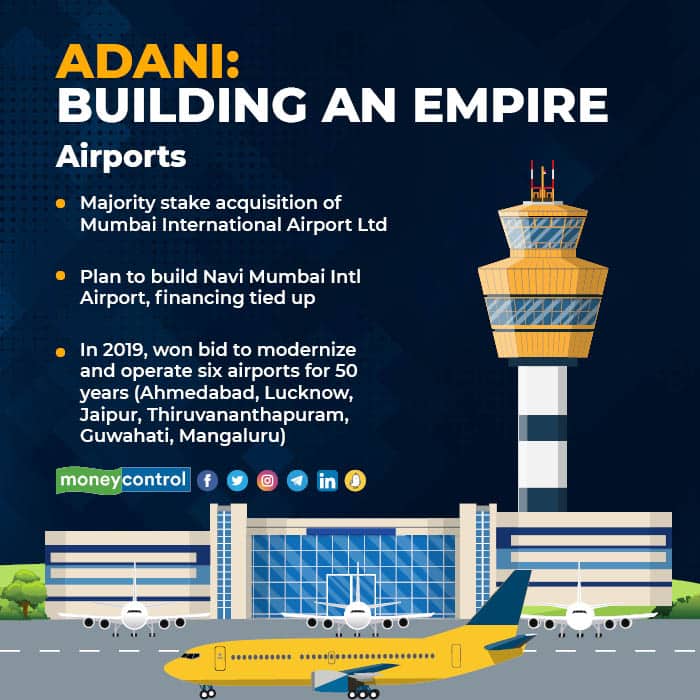 In the airports business, Adani Group had recently acquired the majority in Mumbai Airports and is building Navi Mumbai Airport. Catering to 100 million passengers per annum, Adani Group also has under its fold airports in six cities it won concessions for in the year 2019. It has recently raised 250 million dollars in this vertical. Adani operates across various energy businesses, its total renewable portfolio is the largest in India at 5.4 gigawatts grown through acquisitions. The total energy portfolio is at 19 Gigawatts which includes a large portfolio of thermal power plants mostly acquired. 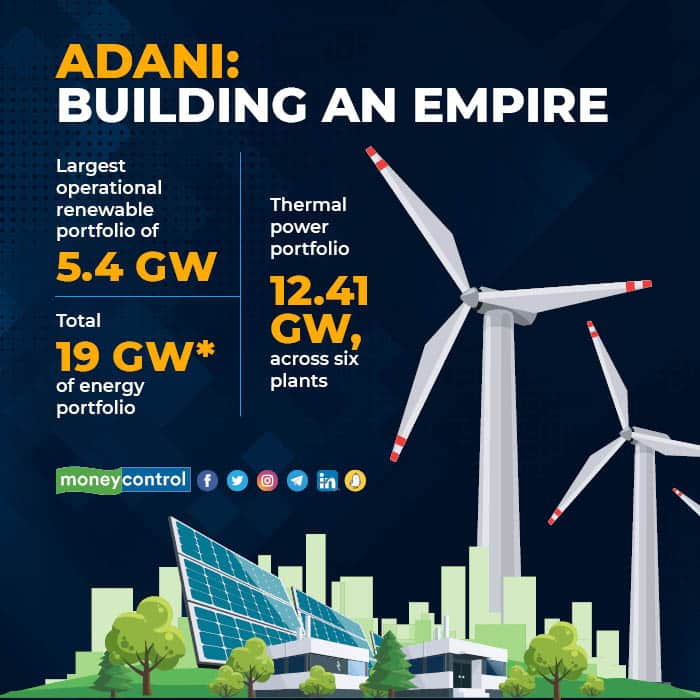 Transmission of electricity is also a big growth area for the group with 13,000 circuit kilometers and in terms of distribution, Adani provides power in the city of Mumbai.

Adani Total Gas, the largest city gas distribution player is in a tie-up with global giant Total Gas which bought a 37% stake in Adani Gas in 2019.

Adani Wilmar was listed recently and soon after announced the acquisition of the Kohinoor brand and is likely to beef up the portfolio further with more acquisitions.

It doesn’t stop here, many other new verticals are gearing up for the next phase of growth for the Adani Group with a focus on realty, Adani Capital, data centre, defence, solar manufacturing, and power transmission.
Nisha Poddar is an Editor-M&A, CNBC-TV18
Tags: #ACC Cement #Adani Group #Ambuja-Holcim #Gautam Adani
first published: May 16, 2022 03:54 pm

When Roger Federer was not allowed to enter Wimbledon briefly | Watch