Trade Spotlight | What should you do with MCX India, Wockhardt, MRPL, Orient Bell on Thursday?

What a classic setup we are having MCX India, precise Bullish BAT pattern on daily chart with N wave completed near potential reversal zone of Rs 1,200-1,220.

After a 3 percent rally in the previous two trading sessions, the market has seen consolidation and rangebound trade throughout day before settling with moderate losses on May 18, following a mixed trend in global counterparts.

FMCG and pharma indices clocked more than 1 percent gains each, while the rest of the key indices closed in the red on Wednesday.

The broader markets also ended the session on a weak note with the Nifty Midcap 100 and Smallcap 100 indices falling 0.2 percent and 0.4 percent, respectively. The volatility also cooled down a bit but remained at elevated levels, as India VIX, the fear index fell by 1.96 percent to 22.3 levels.

Stocks that were in action included MCX India which was the top gainer in the futures and options segment, rising 6.5 percent to Rs 1,291.1;; and Wockhardt which had a sharp rally after a long time, climbing nearly 16 percent to Rs 283.25.

What a classic setup we are having at MCX India, precise Bullish BAT pattern on the daily chart with N-wave completed near the potential reversal zone of Rs 1,200-1,220.

At the current scenario, daily RSI (relative strength index) has made impulsive structure near oversold zone which is also complemented by Inverted Hammer near PRZ (potential reversal zone) denoting positive momentum in counter.

From the investor's perspective, this is a lucrative level from where one can add in small quantity and add another tranche at Rs 1,200 levels. Upside is seen till Rs 1,450 levels with Rs 1,150 as good support. Though MRPL looks lucrative at the current levels, one should wait because MRPL is trading near its previous historical tops (i.e. Rs. Rs 92.55, April 2008 top).

Massive resistance is seen around Rs 90-92 and CMP is Rs 89.35. Just in case if correction comes then it would be healthy one. As of now wait and watch for MRPL. After taking support on 200 DEMA (day exponential moving average i.e. Rs 410), the counter has rallied almost 36 percent. At current juncture, one should wait for some correction till Rs 490-500 then buy for upside till Rs 650 with solid support seen at Rs 445. 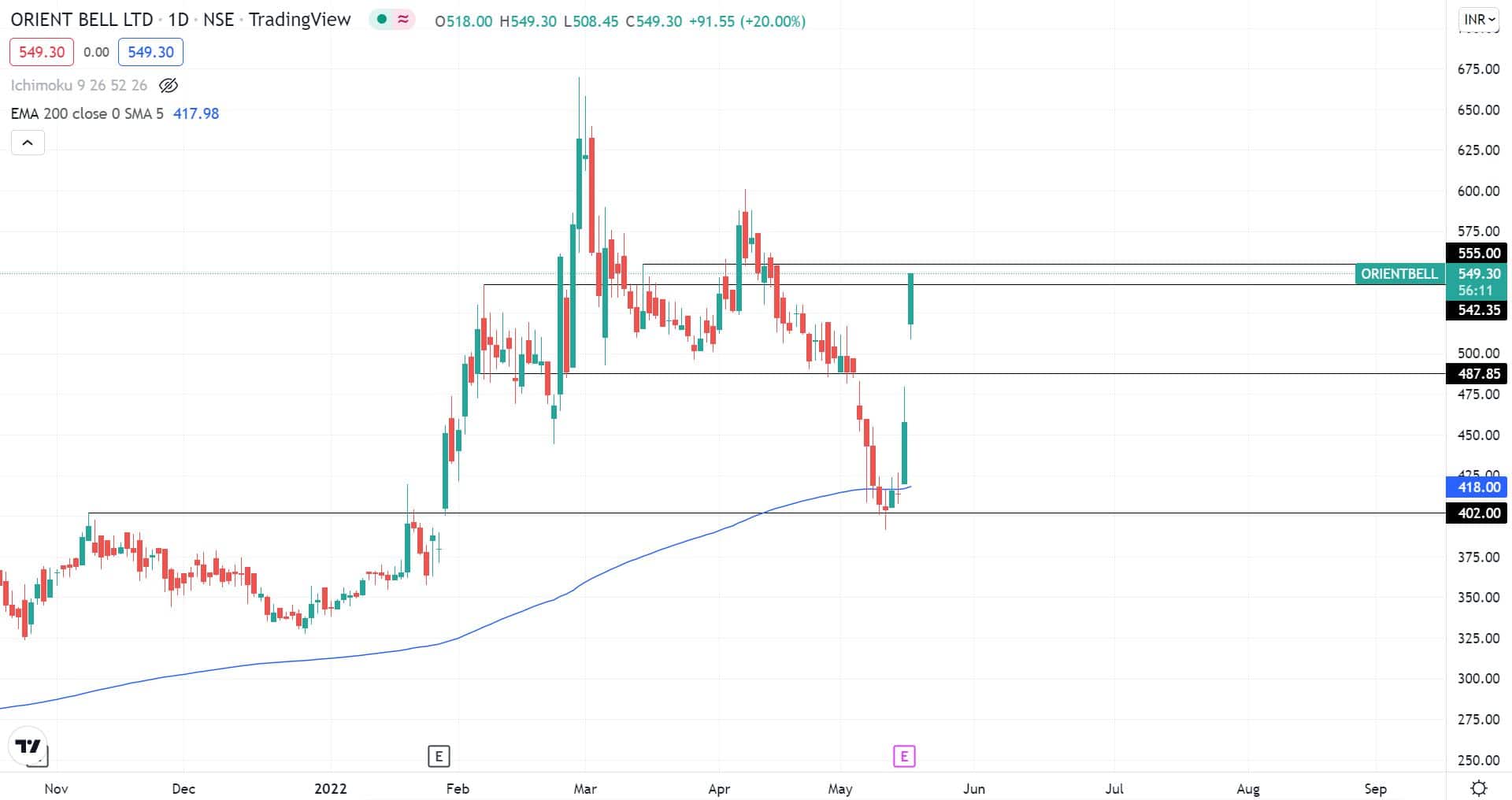 In recent past, the counter has respected its historical support of Rs 228 and bounced back to Rs 285 along some good volume picking up.

On the technical front, the weekly RSI has made an impulsive structure near the oversold zone which is also complemented by weekly MACD (moving average convergence divergence) which is indicating that bears are exhausted.

One can buy in small quantity at current market price and another tranche at Rs 250. Upside is seen till Rs 400 and support is seen at Rs 225. Disclaimer: The views and investment tips expressed by investment experts on Moneycontrol.com are their own and not those of the website or its management. Moneycontrol.com advises users to check with certified experts before taking any investment decisions.
Sunil Shankar Matkar
Tags: #Market Edge #MCX India #MRPL #Orient Bell #Stocks Views #Technicals #Trade Spotlight #Wockhardt
first published: May 19, 2022 06:33 am