Trade Spotlight | A technical indicator signals uptrend in Avanti Feeds, Ipca Laboratories: What should investors do?

Avanti Feeds fell 2 percent while the Ipca Laboratories closed flat with a positive bias on June 9.

Avanti Feeds and Ipca Laboratories recorded a ‘Golden Cross’ on June 8 that has put both the stocks in focus from a trading perspective.

The Indian market closed lower for the second consecutive day in a row on June 9 following a muted trend seen in the Asian markets. The Nifty50 closed with a loss of 100 points after touching a high of 15,800 while the Sensex closes below 52,000.

“Such crossover is given more importance if the price move is also supported by high volumes. However, traders should also be aware that this analysis works in a trended phase and not on stocks that are in a consolidation phase,”

Avanti Feeds fell 2 percent while the Ipca Laboratories closed flat with a positive bias on June 9. 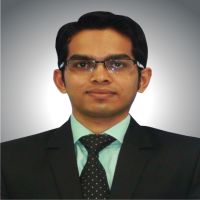 Here is what Ruchit Jain, Senior Analyst- Technical and Derivatives, Angel Broking Ltd, recommends investors should do with these stocks when the market resumes trading on June 10:

Post a long consolidation phase, the stock has started forming a ‘Higher Top’ higher bottom structure. A rising trendline on the prices of daily charts indicates support in the range of Rs. 540-545.

The volumes on price correction are relatively lower as compared to the volumes during the recent up move which is a positive sign.

Hence, one could look for buying opportunities on declines in the mentioned support range. On the flip side, the immediate resistance for the stock is seen around Rs.600.

The recent price correction from the higher end of the consolidation also witnessed higher volumes and hence, traders should avoid bottom fishing in this counter from a near-term perspective.