Based on the open interest future percentage, there were 51 stocks including Alkem Laboratories, Lupin, Ipca Laboratories, Apollo Tyres, and Dalmia Bharat, in which a long build-up was seen.

The equity market corrected for the first time in the last seven consecutive sessions on August 4, as traders maintained a cautious stance ahead of the interest rate decision by the Monetary Policy Committee of the RBI. Geopolitical tensions between China and Taiwan also dented sentiment.

Overall, the market was volatile and rangebound for yet another trading session. The BSE Sensex declined 52 points to 58,299, while the Nifty50 fell 6 points to 17,382 and formed a bearish candle on the daily charts.

"On the daily charts, the Nifty formed an Outside Day candle pattern at the major resistance zone indicating an increase in volatility in the market. The Nifty could not surpass the immediate hurdle of 17,415 level on the closing basis since last 3 days," Vidnyan Sawant, AVP - Technical Research at GEPL Capital said. Maximum Call open interest of 21.92 lakh contracts was seen at 18,000 strike, which will act as a crucial resistance level in the August series.

Maximum Put open interest of 24.25 lakh contracts was seen at 16,500 strike, which will act as a crucial support level in the August series.

A high delivery percentage suggests that investors are showing interest in these stocks. The highest delivery was seen in Power Grid Corporation of India, SBI Life Insurance Company, ICICI Lombard General Insurance, Hindustan Unilever, and HDFC Bank, among others.

A decline in open interest, along with a decrease in price, mostly indicates a long unwinding. Based on the open interest future percentage, here are the top 10 stocks including Bata India, Gujarat State Petronet, NTPC, City Union Bank, and Jubilant Foodworks, in which long unwinding was seen.

An increase in open interest, along with a decrease in price, mostly indicates a build-up of short positions. Based on the open interest future percentage, here are the top 10 stocks including Gujarat Gas, Tata Consumer Products, Indus Towers, Nippon Life India, and ICICI Lombard General Insurance, in which a short build-up was seen.

A decrease in open interest, along with an increase in price, mostly indicates a short-covering. Based on the open interest future percentage, here are the top 10 stocks including InterGlobe Aviation, Bosch, AU Small Finance Bank, Firstsource Solutions, and Persistent Systems, in which short-covering was seen.

Results on August 5 and August 6 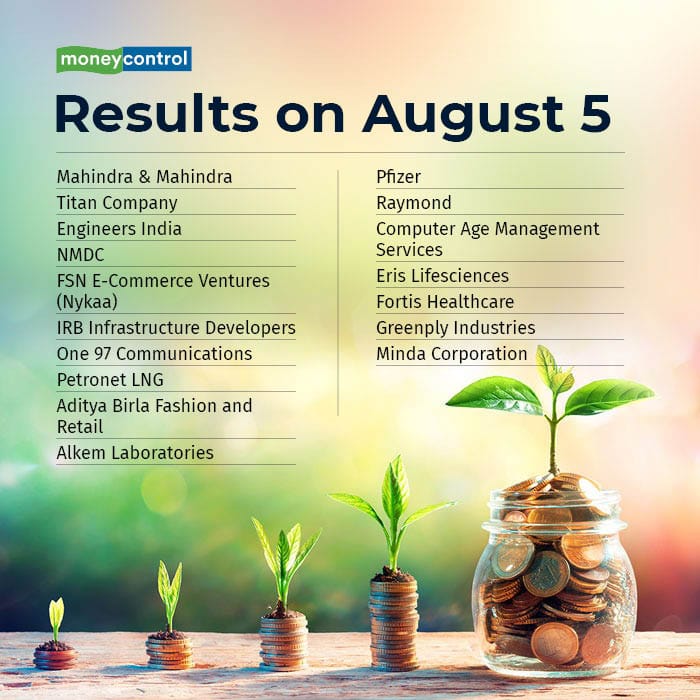 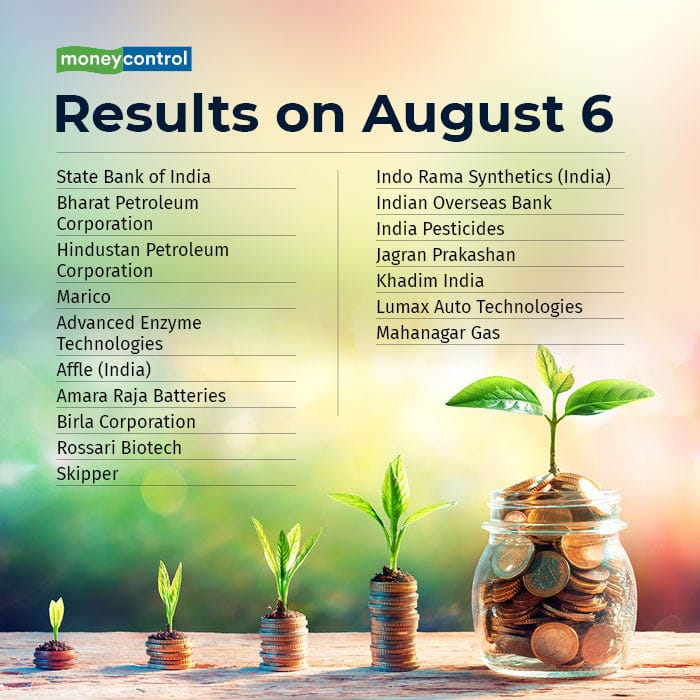 Gujarat State Petronet: The company reported a 11% year-on-year growth in consolidated profit at Rs 648.16 crore for the quarter ended June 2022, dented by higher input cost. Revenue grew by 63% YoY to Rs 5,670 crore for the FY23 quarter.

Adani Ports: AD Ports Group has signed a Memorandum of Understanding (MoU) with Adani Ports and SEZ, for strategic joint investments in end-to-end logistics infrastructure and solutions, which include rail, maritime services, port operations, digital services, an industrial zone and the establishment of maritime academies in Tanzania.

Adani Enterprises: Subsidiary Adani Road Transport (ARTL) has entered into a definitive agreement to acquire Gujarat Road and Infrastructure Company (GRICL) and Swarna Tollway (STPL), for Rs 3,110 crore. ARTL will acquire 56.8% in GRICL and 100% stake in STPL from Macquarie Asia Infrastructure Fund, subject to regulatory approval. The transaction is expected to close in September 2022.

REC: The company clocked a 8.2% year-on-year increase in consolidated profit at Rs 2,454.2 crore for the quarter ended June 2022, partly due to decline in impairment on financial instruments. Revenue declined 0.55 percent YoY to Rs 9,497.5 crore for the June FY23 quarter.

Manappuram Finance: The company reported a 35.6% year-on-year decline in profit at Rs 282 crore for the quarter ended June 2022 as impairment on financial instruments remained elevated. Revenue from operations fell 4% to Rs 1,502 crore during the same period. 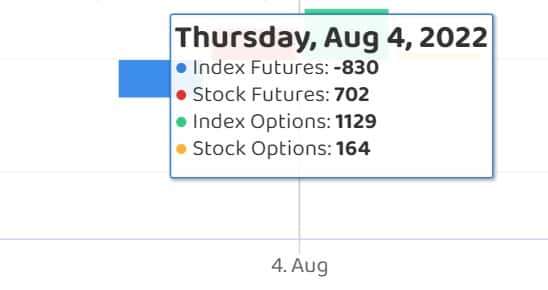 The National Stock Exchange has added Escorts under its F&O ban list for August 5 as well. Securities in the ban period under the F&O segment include companies in which the security has crossed 95 percent of the market-wide position limit.

Disclaimer: The views and investment tips expressed by investment experts on Moneycontrol.com are their own and not those of the website or its management. Moneycontrol.com advises users to check with certified experts before taking any investment decisions.
Sunil Shankar Matkar
Tags: #Market Cues #Market Edge #Nifty #Sensex #Trade Setup #video
first published: Aug 4, 2022 09:56 pm