Calendar 2020 was a year of many firsts. The market went from record highs in the opening months to multi-year lows in March and back to record highs by the end of the year.

Despite the push and pull, the bulls managed to dig in, with the Nifty rising 14.9 percent during the year. The heavy lifting by the bulls was more apparent in the broader markets, as smallcap and midcap rose 21.9 percent and 32.1 percent, respectively. The BSE 500, often considered a proxy to corporate India, surged 16.8 percent during 2020.

The stellar performance was also visible in the returns of Portfolio Management Schemes (PMSes) as about 67 percent of them beat the Nifty. Of the 184 schemes PMSBazaar.com looked at, 123 generated index-beating results.

Portfolio Management Services cater to wealthy investors and the professional fee charged by them is higher than regular mutual funds (MFs).

Equirus Securities' Long Horizon Fund was the top gainer of 2020, rising 61.55 percent year-on-year. The small & midcap strategy, managed by Viraj Mehta, focuses heavily on financials, as they constituted about 25 percent of its entire portfolio (as on November 30, 2020). Metals, construction, engineering and textiles are the other major sectors the Rs 197.69-crore fund has exposure in.

Sageone's Small & Microcap Fund at 61.3 percent ran a close second. The fund is managed by Samit Vartak and follows a 12-20 stocks concentrated approach with a market cap focus of Rs 500-5000 crore. 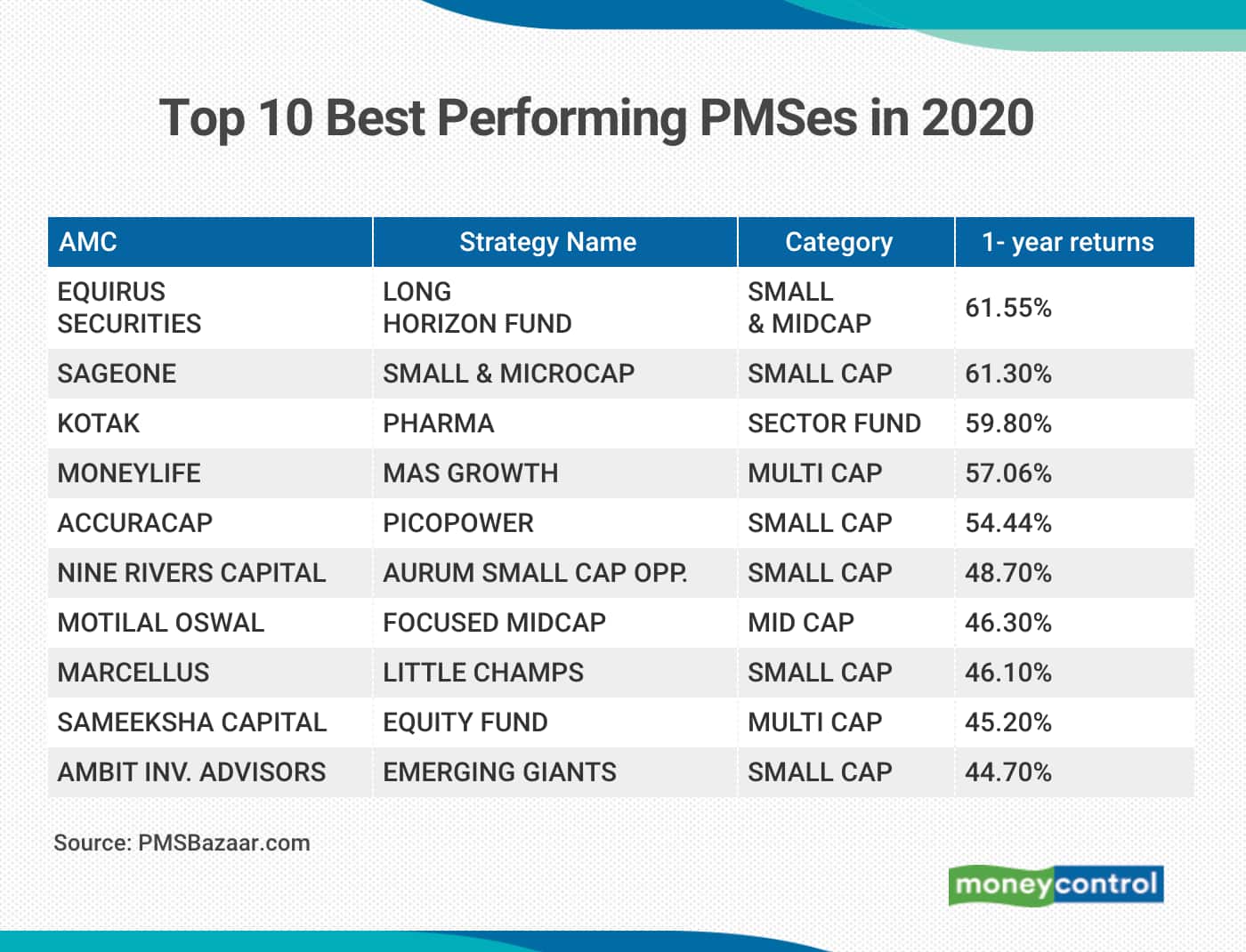 Who led the charge?