Recent rollovers in Nifty are seen on rising roll cost of 0.5 percent, which is higher than the last three series average of 0.3 percent. This means that the market may consolidate for some more time before picking up the trend again which is on the upside.

The Nifty has remained above 11,600 once it moved above these levels in the early part of the week. The index is expected to remain in the range while stock specific moves are likely to come to the surface.

Volatility has remained low, signifying that the current trend should continue. A move above 14 percent in India VIX only would lead to any major profit booking in the near-term.

Recent rollovers in Nifty are seen on rising roll cost of 0.5 percent, which is higher than the last three series average of 0.3 percent. This means that the market may consolidate for some more time before picking up the trend again which is on the upside.

In the options space, the noticeable Put base is placed at 11,500 and 11,600 strikes. We expect these levels to act as a major support for the ongoing series. The volatility in the market has again started coming down from the proximity of 14 percent in the last few weeks. 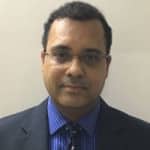 Roll activity in the market was on a relatively higher side with midcap stocks taking the lead. The high roll spread in the index suggests continued long bias in the September series as well.

However, given a significantly high premium in the Nifty, we expect the index to consolidate for a while before it moves higher.

The Bank Nifty ended the August F&O series on a muted note where the private banks continued to witness profit booking whereas the fall extended in Yes Bank, which slipped nearly 6 percent on the last day of the week.

Short covering trend was seen in a few PSU banks, which provided a cushion to the index.

The Bank Nifty saw almost 28 percent decline in open interest at the start of the new series whereas rollover spread continued to rise in the index.

We feel the volatility is likely to remain high due to higher roll spread however, the OI base is low, which is likely to attract some fresh positions once the index comes out of its consolidation range.

The rupee continued to depreciate against the US dollar along with rising crude oil prices which are keeping the index move in check at higher levels.

Since the past couple of weeks, the index has been trading in 500 points band. As the new series has progressed, Call writing positions are shifted to 28500 strikes whereas in Put options OI blocks are seen in 27800 and 28000 strikes which will be the key support area, going forward.

The price ratio of the Bank Nifty/Nifty remained at 2.41 levels. We feel the current leg of underperformance in banking stocks is likely to continue till the time, it remains below 2.44.

Interestingly during the last two weeks, Dollar Index has declined over 2%, but the EM currencies continue to weaken, as investors continue to remain worried about EM’s in a growing trade war and quantitative tightening theme.

As a result, FIIs were not very enthused with the EM recovery while their inflows were muted during the week. Inflows were seen in key EMs of Taiwan (US$ 180 million) and South Korea ($ 1080 million). India saw outflows of over US$ 150 million.

Going ahead, trade wars, Turkey contagion risk & US rate divergence theme on the back of strong US data will be in the spotlight.

In the backdrop of weaker currencies, EMs that have macro vulnerabilities in terms of higher twin deficit (current & fiscal) and lower forex reserve are likely to face continued selling pressure.

Trade war reaction by the US administration in the coming week on the additional US $ 200 billion could trigger increased volatility. Hence, FII stance will remain muted until the EM turmoil mutes and their currency decline abates.

Disclaimer: The author is Head of Derivative from ICICIdirect. The views and investment tips expressed by investment expert on Moneycontrol are his own and not that of the website or its management. Moneycontrol advises users to check with certified experts before taking any investment decisions.