Among broader indices, the BSE Smallcap index added 1.3 percent and the BSE Midcap index was up 0.29 percent.

Among broader indices, the BSE Smallcap index added 1.3 percent and the BSE Midcap index was up 0.29 percent. 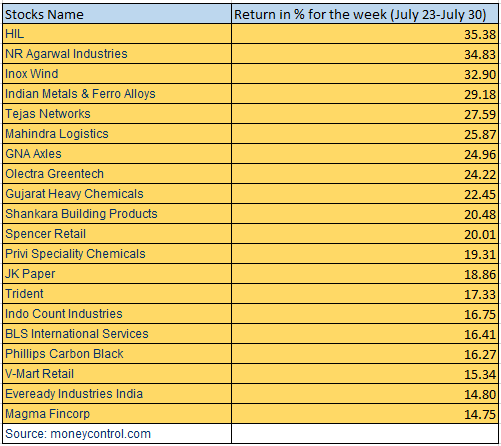 "Benchmark indices during the week stayed volatile and remained well within its board range. A distribution phase is going on among Indian indices in spite of a cynical performance by the Asia pack especially Hang Seng, which grappled with the Chinese Government’s regulatory actions over technology and private education sectors," said Nirali Shah, Head of Equity Research, Samco Securities.

"This precipitated to India as market participants here turned cautious and FII’s dumped equities worth over Rs. 6,900 Crs this week," she added.

"Traders are advised to maintain a neutral bias as long as Nifty does not break below 15550. A break below the support is likely to trigger a short-term correction," Nirali Shah said.

"The diverging trend of the Nifty and banking index is keeping the participants guessing over the next directional move. However, rotational participation from the index majors from other sectors is helping the index to sustain at the higher levels."

"Considering the scenario, it’s prudent to maintain focus on themes that are playing out well and select the stocks accordingly," Mishra added.

"If breakout takes place in the northward direction then we may not see bigger move; but if it happens downwards, then brace yourself for some tough time," Chavan added.

The Nifty hammer pattern on the weekly scale and listless trade is expected to continue in the coming sessions, experts said.

"The market is going to be crucial for the short-term scenario to sustain above the 15,800. Sustaining above 15,800, the market expects to gain momentum, leading to an upside projection till 15,900-15,950 level. Technical indicators suggest, a volatile movement in the market in a small range," said Ashis Biswas, Head of Technical Research at CapitalVia Global Research.

"Short-term and medium-term supports lie at 15,600 and 15,400 respectively and as long as these are holding on a closing basis, the propensity of the market continues to be on the upside," said Manish Hathiramani, proprietary index trader and technical analyst, Deen Dayal Investments.

Disclaimer: The views and investment tips expressed by experts on Moneycontrol.com are their own and not those of the website or its management. Moneycontrol.com advises users to check with certified experts before taking any investment decisions.
Rakesh Patil
Tags: #Market Edge #Nifty #Sensex
first published: Jul 31, 2021 11:19 am