The changes in the small, mid and large-cap club done by AMFI is seen on the expected lines, said some brokerages.

The changes in the small, mid and largecap club done by AMFI is seen on the expected lines, said some brokerages.

"As per the AMFI official release on the market capitalisation classification, the changes in the large, mid and small-cap has been, largely, as per our expectations," said Edelweiss Securities. 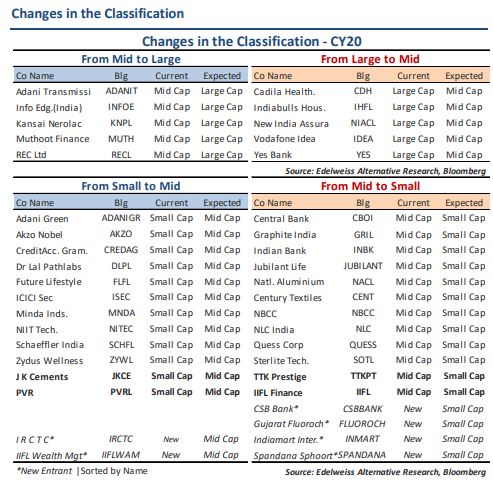 With the full market cap, the largecap classification has the highest exposure to BFSI (30 percent), consumer (16 percent), IT (14 percent) and oil & gas (13 percent) sector.

On the other hand, midcap classification has the highest exposure to BFSI (24 percent), consumer (18 percent), pharma (10 percent) and capital goods (9 percent) sector. 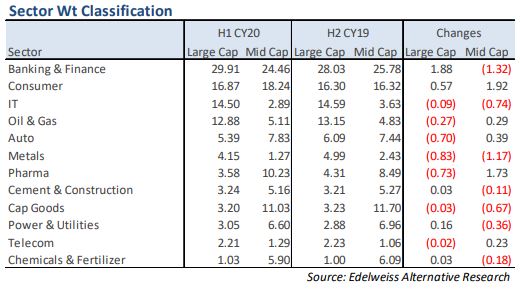 In order to ensure uniformity and clarity, the market regulator SEBI had in 2017 defined smallcaps, midcaps and largecaps.

Since then, AMFI, in consultation with SEBI and stock exchanges, prepares a list of stocks once in six months based on the data provided by the BSE, National Stock Exchange (NSE) and Metropolitan Stock Exchange of India (MSEI).