Interview | A researcher and an author on ethics of death penalty, stories of death-row prisoners and more

The Punished is a collection of short stories based on a study on death-row prisoners in India. In an exclusive interview with Moneycontrol, Anup Surendranath, the lead author of the study and Jahnavi Misra, who transformed the report into a set of stories speak on effectiveness, feasibility and ethics of capital punishment.

Public sentiment around the death penalty is easily whipped up when a high-profile case of rape or terrorism is in the news. However, an ongoing dialogue around the effectiveness, feasibility and ethics of capital punishment is sorely missing. How would Indians think of state-sanctioned homicide if they had a chance to examine the facts, pause and reflect, get to know the stories of prisoners on death row?

Anup Surendranath, Assistant Professor of Law at National Law University, Delhi, heads Project 39A, a criminal justice research and litigation centre based out of the university. It is named after Article 39A of the Indian Constitution. Between 2013 and 2016, he led an “empirical study on the socio-economic profile of death-row prisoners in India and their interaction with the criminal justice system.”

His team of researchers, which included students at NLU Delhi, conducted interviews with nearly 400 death-row prisoners and their families, which fed into the Death Penalty India Report (2016). Jahnavi Misra, a writer-researcher-filmmaker with a PhD in English Literature from Durham University, UK, was commissioned to transform this research into a set of 19 short stories. This collection, titled The Punished (2021), has been published by HarperCollins India.

Here are some edited excerpts from interviews with both of them:

Could you tell us about the team from Project 39A that conducted interviews for the Death Penalty Research Project? What kind of training did they receive?

Tracking families of death-row prisoners in different parts of India was a massive task. It was possible only due to the energy and perseverance of student researchers. Over the course of three years, we had 12 students as the core team and about 90 other students who were involved as volunteers. We were fortunate to work with a group of idealistic, committed and courageous students.

There were senior researchers and another faculty colleague as well, but students were at the heart of what we were able to achieve. There were training sessions on the realities of field research and various challenges that could arise. As this kind of work hadn't been done before, there were challenges that we hadn't thought of. The various reactions of the communities in which families lived were one such aspect.

How did your team feel about the fact that the prisoners were instructed by the prison officials to talk to their interviewers, and had no choice in the matter?

Though a few prisoners refused to be interviewed, we weren't sure how many prisoners really did want to talk. For many, it was an opportunity to tell their stories in a manner that they had never done before. There were others who didn't know what to make of strangers asking them all sorts of questions. Research in Indian prisons is difficult because of all the bureaucratic hurdles. It is a closed, dark world behind high walls. Getting light into those spaces is going to be a slow, incremental and often unsatisfactory process. It wasn't an ideal set of circumstances but, given how little we know about prisons, we were happy to take what we got.

What kind of ethical questions did your team grapple with when you realised that the interviewees saw you "as people who had come from Delhi with the power and the resources to alter their fates"?

We told them repeatedly that we were not there to help with their case, or in any other manner. We had to confront the terrible possibility that our repeated disclaimers were being perceived as unwillingness to help, as passing moral judgment of them as people. These are all uncomfortable questions to which there aren't any truly convincing answers. And yet, for the ethics of research, we just couldn't go down the path of assisting them until the interviews had been completed. Why was it important for you to commission a collection of short stories based on the interviews?

How did the idea of providing pro bono representation to death-row prisoners grow out of your interactions with them?

When we started the project, there was no intention to do anything beyond a one-off research effort. However, given what we saw and heard, it would have been unconscionable to not design some sort of an effective response. Lack of meaningful legal representation was a rampant problem. Since we are a law school with legal aid as a core part of our mandate, providing legal assistance to those facing the risk of execution was then the only the fair and just thing to do.

What made you take on the challenge of writing The Punished, a book that converts academic research on death-row prisoners into short stories?

Instead of hoping that societal ills would magically disappear by scapegoating particular individuals, we must acknowledge society’s role in violent crimes. There is no better place to start engaging with the convicts and their social situations than the realm of storytelling. Stories are potent vessels; they help us experience another person’s life and confront our latent prejudices.

The stories in The Punished are an attempt to show death-row convicts as multi-dimensional people, rooted in society. I have left the stories open-ended and have made no attempt to hide the crimes of the convicts or depict them as particularly pitiful. I have only shown them as human beings – just like you and I.

How did your academic training in literature, philosophy and feminist research inform your writing?

My area of research is English Literature and feminist philosophy, particularly the feminist theory of the ethics of care. It fits in very well with this book because it is about seeing people as part of their communities, and evolving through the relationships that they develop within these communities. Contextualizing the crime and the criminal is of the utmost importance. A feminist standpoint could be helpful in addressing this issue because, like most long-standing institutions, the death penalty too is an essentially masculine way of looking at the problem, which privileges objectivity and detachment.

What practices or safeguards helped you take care of your own mental health as you immersed yourself in this project?

I didn’t put in any intentional safeguards while writing the stories but I have retrospectively realised that there were some natural defence mechanisms in place. One was the research itself. My research had two stages – the first involved going through the interview transcripts provided to me by Project 39A, and the other was going through media reports to gauge the outsiders’ perspective on them. 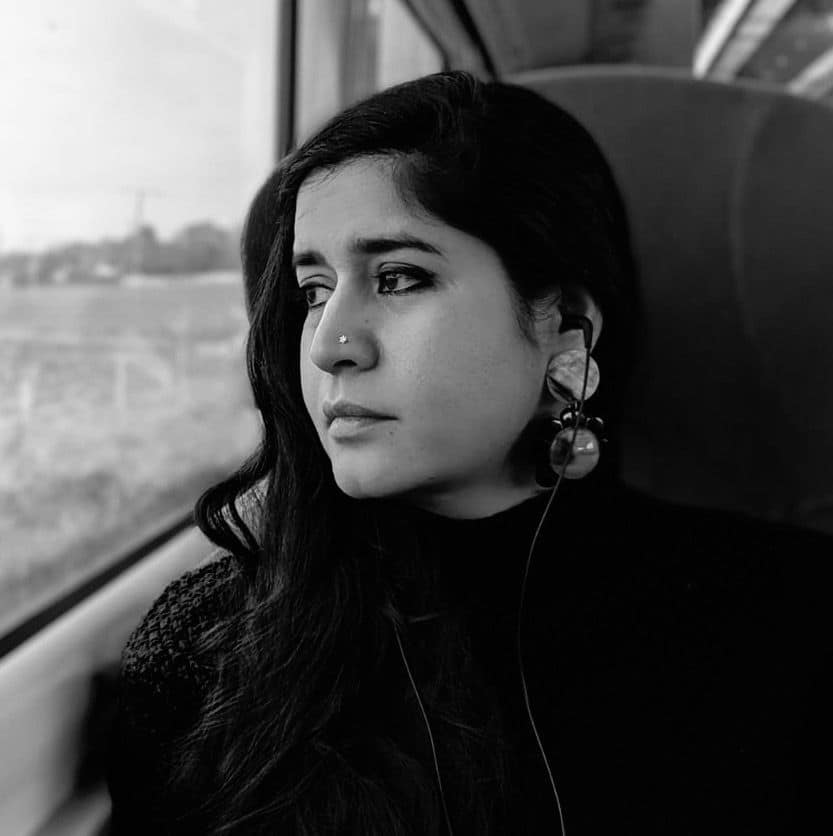 The thoroughness of the research helped me detach myself somewhat from the prisoners whose mental spaces I was trying to access. The second defence mechanism was paying special attention to the structure of the stories – thinking about how best to narrate the stories as a storyteller. That helped me take a step back and protect myself from getting too involved.

Could you talk a little about your animation film I Am Ramdeen, and why you chose this form to tell the story?

The film was born out of my experience of writing this book. It asks why a majority of death-row inmates are from extremely poor backgrounds. Why is our judicial system inaccessible to those very people that it has the power to punish in such an extreme way? Does the simple violence of the death penalty conceal a systemic inability to deal with deeper social problems? I co-animated a poem about these questions. I have always been interested in stop-motion animation. Clay and paper lend themselves beautifully to artistic, abstract expression.
Chintan Girish Modi is a writer, educator and researcher who tweets @chintan_connect)
TAGS: #Book Review #death-row prisoners in India #Jahnavi Misra #Project 39A #The Pubnished #weekend reads
first published: Feb 20, 2021 07:39 am