Instagram rolls out new features to 'make it safer' for teenagers

Instagram unveiled new features on December 7 in a bid to make the platform safer for teenagers as it faces scrutiny over leaked internal research that said the app adversely affected some young users.

In an official blogpost, Instagram said it would no longer allow people to tag or mention teens who didn’t follow them or include their content in Reels Remixes or Guides.

"We’re testing these changes to further minimise the possibility that teens will hear from those they don’t know, or don’t want to hear from, and plan to make them available to everyone early next year," Instagram head Adam Mosseri said in the blog.

Mosseri is set to appear before the US Congress on December 8, where he is expected to field questions on the platform's impact on young people.

The firm had started defaulting users below 16 years to a private account when they signed up for the platform from July 2021.

It also rolled out a new feature that enables users to choose how much of potentially sensitive content appears in its content discovery destination Explore.

By default, the app limits some photos and videos that could be upsetting or offensive and users can choose to see fewer such content on Explore. Those above the age of 18 can also choose to see more sensitive content to appear on Explore.

In the blogpost, Mosseri said they were now mulling expanding its sensitive content control feature beyond Explore, which would make it more difficult for teens to come across potentially harmful or sensitive content or accounts in Search, Explore, Hashtags, Reels and Suggested Accounts. "We’re in the early stages of this idea and will have more to share in time," he said. 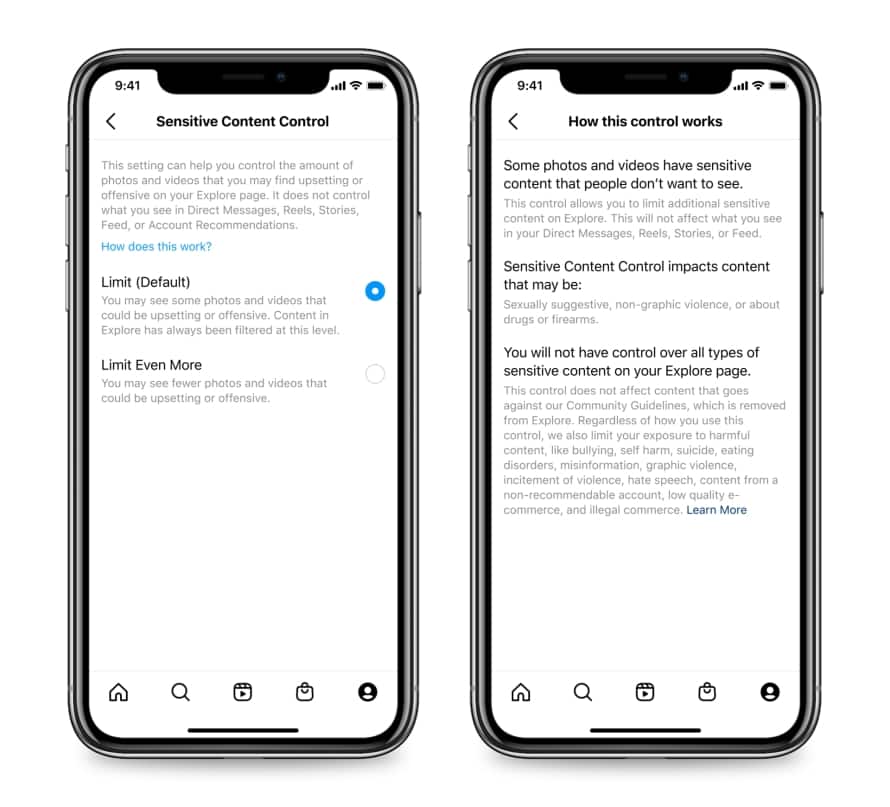 Users will also be able to bulk delete content they have posted like photos and videos, as well as their previous likes and comments from January 2022.

"I think this tool is particularly important for teens to more fully understand what information they’ve shared on Instagram, what is visible to others, and to have an easier way to manage their digital footprint" Mosseri said.

Instagram previewed its first set of parental tools that would enable them to see how much time teenagers spend on Instagram and set time limits.

The tools, which are slated for a March 2022 launch, will enable teens to also notify their parents if they report someone. "This is the first version of these tools; we’ll continue to add more options over time" Mosseri said in the blogpost. 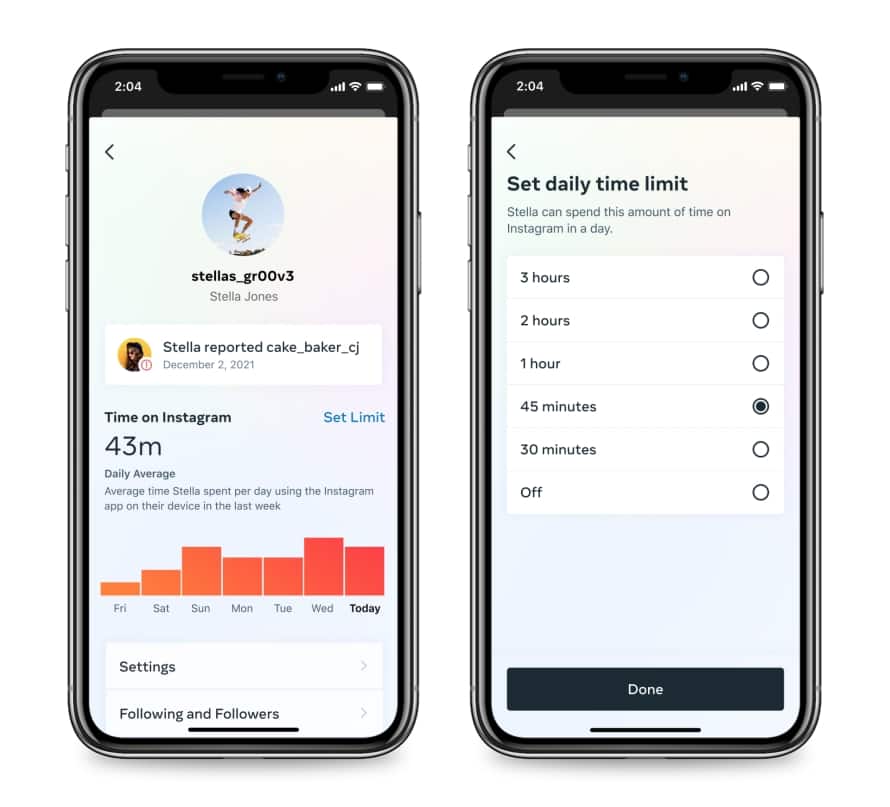 These tools come after the Meta-owned video and photo sharing platform paused the development of a kids’ version of the app following immense pressure from lawmakers, critics, and child development experts in September this year.

In addition, the firm is also developing a new educational hub for parents and guardians that will comprise product tutorials and expert tips to help them discuss social media use with their children.

"We are also building a new experience that will nudge people towards other topics if they’ve been dwelling on one topic for a while. We’ll have more to share on this, and changes we’re making when it comes to content and accounts we recommend to teens, soon" Mosseri said.

Apart from this, Instagram is launching the 'Take A Break' feature in the United States, United Kingdom, Ireland, Canada, Australia, and New Zealand with plans to roll out to everyone by early next year.

As the name suggests, the feature alerts users to take a break from the platform if they have been scrolling for a certain amount of time and suggests that they set reminders to take more breaks in the future.

The company has been testing this feature for a few weeks and it builds on its existing time management tools such as "Daily Limit", which let people set reminders to alert them when they have spent a certain amount of time on Instagram.