Experts see RIL subscriber base at 30-35 cr in 18-mths; de-growth for other players

As expected Reliance Industries Limited made big announcements at its 40th Annual General Meeting (AGM) with the key announcement being around the JioPhone, which will be given free of cost to its Jio users, along with aggressive data tariffs.

As expected Reliance Industries Limited made big announcements at its 40th Annual General Meeting (AGM) with the key announcement being around the JioPhone, which will be given free of cost to its Jio users, along with aggressive data tariffs.

The company also announced 1:1 bonus issue, which was approved by all shareholders through postal ballot.

Reacting to the various announcements and the impact it may have on the stock going forward and also the impact on other incumbents.

Deven Choksey, MD, KRChoksey Investment Managers said a new way of business seems to have been showcased. Reliance is trying to create an Apple-effect by launching JioPhone and, reaching out to masses which will definitely create more number of users. This all will lead to large amount of data consumption and reach happening simultaneously. 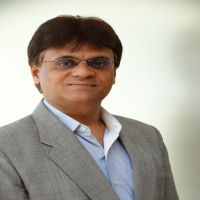 Deven Choksey
Managing Director|KRChoksey Investment Managers
At the same time, there will be pressure on the incumbents, existing players and will have a big blow. The current players will have to put their act together and invest more money to be in line with business.

With regards to Reliance Jio, there will be distinct growth in the subscriber base from around 12.5 crore to 30 -35 crore in around 18 months or so.

According to him, the different schemes and cheap phone is with an aim to attract more customers. Yesterday’s announcement of acquiring stake in a content company is a big positive in generating higher revenues going forward.

“It is like a typical new generation company which is trying to acquire new customers at throwaway prices - by practically offering JioPhone at a zero price,” said Choksey.

SP Tulsian of sptulsian.com has a clear sell on Idea Cellular, Bharti Airtel because there does not seem to be any growth coming in for them – in fact one could see de-growth in terms of subscribers, ARPUs and revenues. With regards to RIL there may not be much change but now with the bonus announcement and visibility seen in its telecom space, the stock price could go to Rs 2000 in next 12 months.

Referring to the JioPhone, Dhan Dhana Dhan package, Pradeep Baijal, Former TRAI Chairman says, the company has bought in innovative packages and they will be able to sustain it.

Tulsian says with the features that JioPhone is offering there is no reason for people not to migrate to Reliance Jio, adding that one could see at least 25 percent of migration happening. Most people are price conscious, so migration will happen.

However, one should keep in mind that more than anything else the most important thing for a subscriber is the service, says Tulsian. According to him, this bundling offer by RIL will see explosion of addition of people to the telecom space.

Meanwhile, Nitin Soni, Director-Asia Pacific TMT, Fitch Ratings says the phone handset and plan offer looks very disruptive given that it is virtually free but could be an experiment. However, with Reliance targeting the tier 2, tier 3 cities, the 4G handset adoptability will increase in those cities but historically, such kind of subsidised handset and bundling has never worked because the subscribers look to buy their own handset and buy the SIMs of the shelf.

Soni is also not sure that these offers will impact the revenues of other incumbents because 20 percent of their customers reside in metropolitan cities, which make 80 percent of profits.

Meanwhile, he says Reliance Jio's 4G feature handset is targeted at tier 2, tier 3 cities because the subscriber addition for Jio could have been limited if subscribers could not afford a 4G smartphone. “So to increase the adaption of 4G smartphone, they had to come out with cheaper handset and had to make it compelling so that a lower middleclass person would buy this kind of handset,” says Soni, adding that it is good for Jio but it may not have a major dent on incumbents financials.

Naveen Kulkarni, Co-Head of Research, PhillipCapital thinks Reliance is also cautious in their approach with the offer andplans because they are looking at pre-booking model and checking the market in terms of the size of market - the target market is typically slow moving and do not change handset as often as some other category of customers. So, this kind of strategy  has its own challenges but may not be hugely negative for the industry. However, if it could help grow the industry then it is a big positive.