There is lot of traction in orders from railways and over last few weeks tenders worth over Rs 2000 crore have been floated, says Manish Mohnot, MD of Kalpataru Power Transmission

The new orders worth Rs 1.320 crore bagged by Kalpataru Power Transmission will have operating margin of 10 percent, says Manish Mohnot, MD of the company.

Mohnot said the company currently has an order book of roughly over Rs 8000 crore which gives good visibility over next one and half years and another Rs 2000 crore in L1.

He said the market is seeing lot of traction in terms of new tenders while pointing out that railways have floated tenders worth over Rs 2000 crore in the last few weeks. Kalpataru has bagged orders of nearly Rs 700 crore from railways, he said.

On contribution of international orders, Mohnot said 40 percent of order book comes from there. 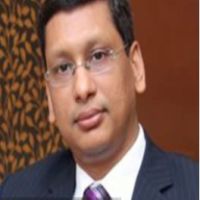 Mohnot highlighted that the company is not looking at acquiring any distressed asset and does not plan to file for an initial public offer for Shubham Logistics for at least another year.

Below is the verbatim transcript of Manish Mohnot’s interview with Latha Venkatesh & Reema Tendulkar on CNBC-TV18.

Latha: These orders are bulk from Power Grid the others are from?

A: Significant portion of this orders are from Power Grid. Last quarter these orders have all come up. So, out of the Rs 1,320 crore more than Rs 1,275 crore has come only from Power Grid and with this our current year order inflows have exceeded Rs 7,500 crore which is like three times of the order which we got in the previous year.

Latha: Do they come at better margins?

A: They are at similar margins what we have been quoting. So, these all margins are in the range of 10 percent so operating margin level they are all at similar levels. Our order book today has combined margin of approximately 10 percent today.

Reema: Could you tell us what the order book position is of the company right now after this win?

A: The order book position right now should be in the range of Rs 8,000 plus crore which gives us good visibility for the next one and a half years. After current year which has not been so good on revenue growth the next few years will see huge improvements on revenue given the order book visibility.

Latha: How much was your order book year ago for us to get a sense of this year?

A: Our order book at the beginning of the year was in the range of Rs 5,000 crore and as of today it is exceeding Rs 8,000 crore. We still are L1 in a lot of orders which we expect to get in the next few months at least.

Reema: Your L1 status would be?

Reema: Can we expect this kind of order inflow momentum to sustain in the coming few quarters as well? Has there been a convincing turnaround in the market sentiment towards new order in tendering?

A: Yes, we definitely would see a big difference as compared to what we saw in the last few years. We are seeing a lot of traction on new tenders and new orders not only from Power Grid but also from private sector. Also internationally lot of traction is coming up now both from oil producing countries as well as non oil producing countries. So, given that the next year might be similar in terms of the current year in terms of order book growth.

Latha: Do you get orders from railways? Have the contributed in any way to this Rs 8,000 crore lot?

A: In the current year we have got orders of around Rs 700 crore from railways and now there are lot of tenders coming out from Railways. So, that would be a huge chunk of order book going forward because in the last few weeks we have seen tenders worth more than Rs 2,000 crore floated by railways. That would be a big positive going forward.

Latha: When did they last give you a Rs 2,000 crore order in the market? Is this a new high for the railways?

A: So, this has several orders by several railway organisation. It is not one order of Rs 2,000.

Latha: Do you notice the railway is spending more is all I am asking?

A: Yes, definitely, there is a big shift.

Reema: What percentage of your revenues and order inflows is from the international business and is there any slowdown over there?

Reema: Is the total size of the tenders much lower than what it was say a year ago?

A: On the international front, yes it is definitely lower than what it was as compared to a year ago.

Latha: Who are the private parties who give you orders? Are power generation companies or transmission companies?

A: It is more the power transmission companies because now all transmission orders, people have to bid competitively and win. So, you see a lot of private sector parties also along with Power Grid who are tendering and wining orders. So, they are also speaking to us in terms of EPC contracts.

Reema: Considering you have so much execution to do will you be looking at raising any kind of capital?

A: No, I don’t think we will need any capital on our core balance sheet going forward.

Latha: Will your cost of finance go down because in the nine month I saw it go down?

A: Cost of finance is been lower in the last nine months because current year our focus was a lot more on making sure that our old retention and debtors will recover given that revenue growth was not so much. So, I think we will be at similar levels of debt what we saw at half year end kind of levels.

Latha: Lot of distress assets in the market, are you buying any?

A: Nothing as of now.

Latha: Why not you have cash, you have orders?

A: From our business perspective if you look at it we today are qualified across the globe for everything. So, there needs to be value addition in buying distressed assets. We don’t see any value addition coming from distressed assets because I think for our business we are qualified across the globe and we continue to grow with our balance sheet itself.

Reema: You had withdrawn the draft red herring prospectus (DRHP) that you had filed for your subsidiary Shree Shubham Logistics what is the future plan of that?